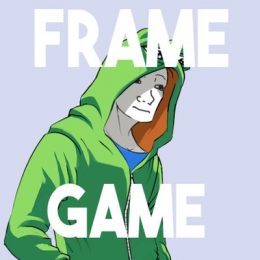 Who knew there were not one but two racist Jewish lawyers in New York?

Right now, Aaron Schlossberg is having his life ruined for telling some Hispanic restaurant workers to speak English, guilt-tripping them for spending his tax dollars (undoubtedly the most Jewish way to be racist), and then threatening to call Immigration and Customs Enforcement on them. For this, Schlossberg has been evicted from of his office by his landlord and is currently being relentlessly hounded by journalists, SJWs, and miscellaneous Leftist scum. Goodness.

Whatever happened to “the customer is always right”?

The other racist lawyer in New York is Frame Game Radio, a rising star (of David) in the alt media world. By day, he is a mild mannered corporate lawyer working behind enemy lines. At night (and during lunch breaks), he is the pro-white and Judeo-critical online activist Frame Game Radio. His Twitter page is followed by everyone from Steve Sailor to David Duke. He has also become a presence on YouTube, producing his own pro-white propaganda videos as well as appearing on various right-wing talk shows such as Red Ice, The Public Space, and even had an interesting discussion with Counter-Currents’ very own Greg Johnson.

But other white nationalists have expressed severe reservations about Jews involving themselves in pro-white politics including Mike Enoch (“We’re not doing the based Jew thing.”), Seventh Son (“Don’t listen to Jews!”), and Andrew Anglin (“‘Based Jew’ narratives are absolute cancer”). The guy’s cramping our style.

Some people get around it by saying “Well, I don’t believe Frame Game Radio is actually Jewish.” That isn’t good enough. So I contacted Frame Game Radio myself and he agreed to sit down in the Counter-Currents hot seat for a gloves-off interview so that we could get to the bottom of the elusive Frame Game Radio Question.

1. You’re Jewish. So why should we believe anything you say?

I want two things for the world my grandkids grow up in: (1) A nuclear proliferation treaty on ethnic identity politics in America, and (2) a reversal of white demographic suicide.

To that end, I share the following goal: I want white identity politics to grow like wildfire, until it’s so massive it stands toe-to-toe with the Diversity Industry and can force a detente.

Many White Nationalists want to go further than that. Okay. Cool. I’ll get off the train at that stop once we’re there.

2. You have a good enough understanding of the JQ to know why White Nationalist groups cannot allow Jews, not even the based pro-white ones. You realize you’re not getting into the ethnostate, right? It’s like you’re writing love letters to a girl that already has a boyfriend.

What would you say your role is in the whole grand scheme of things?

Very funny. I was on Red Ice earlier this week and asked Patrick Casey if there’s anything I can do to help IE, and he let me know that it’s an organization for gentiles only. I totally respect it. If people want to tap into my energy or skill set, I’m here. If not, no worries, I hope we can be friends.

4. Some have said that having pro-white Jewish activists around, even if they are operating independently, is undesirable because it will cause whites to become sympathetic towards Jews when whites need to stay good and angry at Jews.

We are in a fight for survival, we need to stay in war mentality, and having a few not-so-bad Jews around only muddies the water and people false hope that the multiculturalism is salvageable because “this one Jew over here gets it. Maybe the rest could figure it out too!”

Is this true? Is this all a ploy to trick me out of hating Jews? Because it won’t work. David Lee Roth couldn’t do it, and you neither will you.

I’ve thought about that a lot actually, and here’s my answer: you’re not my target audience. I like you guys, I respect your struggle, your journey, and everything you have to go through along the way. I hope you guys keep watching my content, and it makes you a little better or more well-rounded.

You guys listening to me is like me listening to Murdoch Murdoch. When a new MM episode comes out, I stop whatever I’m doing and watch it. I’m not MM’s target audience. I disagree with 90% of the show’s message. But that other 10% is so tremendously powerful and unique that I always come out the other side having learned something, and thoroughly entertained in the process.

Look, we’re in different movements, but there’s overlap. I just want White positivity to be normal instead of White toxicity. If you want something more than that, cool. I’m just an intellectual putting out frameworks for the HeartRight.

5. Alright, Mr. Radio, let’s see how “based” you truly are. Are Jews white?
(No pressure when answering that. Just a simple question. I mean, it’s a simple question with only one correct answer but it’s still a simple one).

You know that Monty Python and the Holy Grail scene at the Bridge of Death where the bridgekeeper asks 3 questions and the third question is always some obscure trick question with no right answer? That’s how I see this one.

I think you want me to say “no.” Okay, cool. It really doesn’t matter to me. Most Ashkenazis check “White” instead of “Other.” But no doubt I benefit from both — having the Jew card so I can play identity politics but also passing as White so I can largely appear normatively European.

Obviously the ambiguity is a devil’s playground for Diversity Industry shenanigans in the Jewish identity lobby. I get it. It’s shitty and I take advantage of it, no doubt.

6. What do you make of the Nathan Cofnas critique of Kevin MacDonald’s Culture of Critique? Are you #TeamKevin or #TeamNathan?

Haven’t read it. It’s been in my queue for a while, but I only read the first 3 chapters of CoC so I feel like I’d need to read the whole thing first, and that’s kind of an undertaking. What I read of CoC made sense, but it was all stuff I already knew, so I felt like it was kind of an echo chamber and moved on. But I really should read the whole thing.

That said, I’m #TeamKevin. He’s under constant attack, so I have a kind of kneejerk instinct to defend him. The fact is, his tone is always respectful, almost to a fault. He’s simply pointing out patterns of corruption. The Diversity Industry needs to be audited, full stop. Any attempts to characterize a thorough audit as racist or anti-Semitic are simply pretexts for getting away with systemic corruption.

7. You built up your following working largely outside the greater White Nationalist movement (i.e. you never wrote for a WN blog or worked the WN podcast circuit). What advice would you give to someone looking to get into alt media commentary?

8. Who are your intellectual influences?

Oh man. Everyone. A ton of evopsych people like David Buss and Robert Trivers. Pretty much everyone on the nationalist right. A lot of liberals and skeptics too, just for developing my own frameworks in response. Andrew Breitbart obviously.

Politically, above all, is Saul Alinsky. I know that’s a cliché at this point, but I’ve gone over more archival footage of Alinsky than of my own grandparents. Everyone talks about “Alinski tactics” but 90% of people who say that only know the tip of his iceberg. Alinsky organized. Every day. He was the original Tyler Durden, setting up cells of Diversity Industry fight clubs in every major city center. That’s how you do it. He’s one of the only people I’ve ever seen so honest about what works. As he once told a hippie who wanted to change the world with love: “I have a helluva lot more love than you do, because I’m willing to go out and get corrupted for it.”

9. You’ve been censored on YouTube a few times. I thought the whole point of being Jewish was to never have to worry about being censored. What was it that first brought you to the attention of the YouTube censors? Was there a threshold you crossed? Some particularly effective video?

The first strike on my channel I ever got was a viral video I made of the Evergreen College communist revolution where the Black students (and allies) took over the campus, locked the administration in buildings (“2-4-6-8 this time you cannot escape!”), shouted down all the teachers, etc. The video was called “Top 20 Monstrous Moments at Evergreen” and it was literally just 20 different annotated clips of SJWs bullying and harassing people. It was all source videos that they themselves shot, but I got a community strike for “bullying and harassment” by posting their crimes of bullying and harassment.

It’s hard to overstate how much that set me off. I spent like 25 hours making that video perfect, and it went insanely viral. It had 100K views within 48 hours, it was shared by Lauren Southern, a former world champion MMA fighter, and more. But then it got banned and my channel got wrecked. I’ll never forget that moment — it was like “O my God, these people are actually criminals, and they will destroy you for reporting on them.” That’s when I knew it was my moral imperative to keep reporting on them.

10. OK, I just wanna make sure once again that this is not all some kind of trick. Some clever ruse of yours. After all, you are Jewish. You guys can be pretty sneaky.

I don’t know, maybe it is. Read Robert Trivers on self-deception: “Fooling Yourself to Better Fool Others.” I don’t really have any choice. I made my commitment a while ago. If this is all a big Jewish mind simulation, I’m living in the same Matrix as you guys. I don’t dwell on it since I can’t change it, and I can’t go back.