Across the Line:
Why Nationalism Can Win 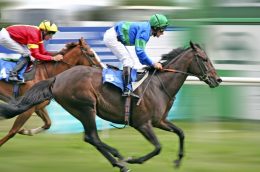 I believe that the European nationalist movement has passed stage one of its development and is now entering the next stage.

I became a nationalist when I was still a teenager, and I have become involved in the movement right before the European Union access referendum in Poland in 2003. These were the last throes of this type of activism which Americans call “nationalism 1.0.”

I am from a well-educated middle-class family, although in Poland, especially in the ’90s, it meant that you lived in the same two-room apartment as everyone else, except you had books at home and your father did not drink that much.

I learned about nationalism from the books of the best Polish nationalist thinkers and from works of other European and American authors. They were, of course, very difficult to find, since Internet access was not that common in Poland then, and bookstores as well as libraries were not interested in such books. But I quickly realized that these authors were right, and they have been hidden from the spotlight, because they were the real challenge to the existing establishment.

I decided to get in touch with people with similar beliefs. The persons and organizations I encountered were rather unimpressive. Mostly skinhead types from working class families. And while I am not a Leftist, so I don’t hate the working class, the standard in this case was not very high. It was mostly fringe and cringe: immoral people with irresponsible leaders. There was almost no international cooperation, not much actual effort to become better men, and thus better nationalists. Instead there was a lot of alcohol, some violence, some fooling around. There was a huge contrast between the greatness of ideas and the littleness of men. Don’t get me wrong. At times it was fun, and we also did some valuable things, but most of it was not worth the time.

As I was graduating university, beginning my career, basically going into the adult mode, I realized that spending time with guys getting into their ’30s and still into beers and brawls was a totally unnecessary risk. I lost interest in the movement and just kept on reading nationalist books and zines.

Then White Nationalism 2.0 came along, especially publishers and sites like Counter-Currents. I realized that it was something I have been searching for since my conversion to nationalism.

Many nationalists say that they have met both the best and the worst people in their lives among the movement. I agree with this statement. However, back when I was becoming involved the bad and the worst people outnumbered the good and the best. Now it is the opposite. I believe that due to great efforts of our nationalist intellectuals and organizers, nationalism has finally begun to attract the best people of our nations.

Discovering this new White Nationalism was a constant series of white pills. I got in touch with others, started meeting young fellow nationalists. These are completely different people: well-groomed and well-dressed guys who speak English and other foreign languages, well-read, educated and educating, working in high skill professions or training for them. I have to admit I am proud to be standing with them in the same ranks. I got to meet the authors whose books and essays I read, and each time it is another memorable encounter that I am sure I will tell younger people about some 20 or 30 years from now.

So, what was stage one in the development of nationalism? It was fighting for the survival of the idea. The nationalist idea was extremely marginalized, supported by a small number of rather odd radicals, who had little or no access to the media.

How was stage one overcome? Through creating an international culture which attracted good people.

Beyond any doubt, the Internet is important. It has been said many times that it is due to the decentralization of the new media that nationalists have managed to reach a new and large audience. But the medium is not everything — you need a message. And this message has been greatly developed and crafted since the time of White Nationalism 1.0.

On the other hand, we see a certain “Europeanization” of American nationalism. It is quite a paradox that the European New Right is experiencing a second youth thanks to the European and American publishers who publish their works and spread their ideas in English.

This is bridging the geographical and cultural gap between America and Europe, based on the fact, that we are in fact all Europeans, but living on different continents.

Nationalist intellectuals have managed to create a coherent metapolitical movement transcending geographical distances. Yes, there are disagreements, discussions, sometimes very fierce. And they should be fierce, because we are talking about serious issues here. But this is how ideas are developed. Polemic is the father of all intellectual movements, and it is also the father of the greatest metapolitical movement of the 21st century.

These ideas have also become the foundation of a new culture. Right now, the quality and quantity of culture produced by the nationalists is unbelievable. Fifteen years ago I would have given my right hand to have access to such a wealth of good content. When I meet nationalists from all over the world, we know the same articles, the same thinkers, the same ideas, but we also enjoy the same music, the same podcasts, the same memes. This is a real counterculture, the counter-current that will replace the mainstream.

There are also signs of real life political successes: cultural events, festivals, conferences, rallies, happenings, demonstrations, all under the banner of common ideas and symbols, guided by a common new nationalist aesthetics.

I know there are some black pills. There is some especially disturbing stuff in the US, but maybe the reason is that so much content is created there that Americans are in the spotlight. But, welcome to the real world. All successful (meta-)political movements are filled with these kinds of problems. The question is always whether they are able to overcome them and achieve their goals. Look at the Bolsheviks: their ranks were swollen with agents of the tsarist secret police, they were ripped apart by infighting, yet they managed to make a revolution. If Mussolini were not successful, he would be remembered simply as an egomaniac with delusions of grandeur, which on a certain level he really was.

What is the next stage for the movement? I think that we will have to cross the shadow line. We have become a serious metapolitical alternative to the system. And the agents of the system know it. We should expect doxxing, persecution, violence, and treason. But if we pass this next great test, victory will truly be at hand.

I don’t know what the future will bring. There are too many possible scenarios: a coup, polulist electoral victories, political or metapolitical revolution. But do I know that all of these scenarios are more plausible now than 15 years ago.

Do not get depressed and discouraged. In the 1.0 era, when you looked at the small picture you could see singular good individuals or initiatives. But when you looked at the big picture, it was clear that the movement was in a terrible condition. Today, you see a few people causing trouble or doing something really cringy. But do not lose sight of the big picture: the movement was never so strong and so widespread. We are getting stronger and better day by day, step by step, effort by effort, person by person, initiative by initiative.

Fifteen years ago CasaPound was an extraordinary outlying exception. In the current year it is a model followed by nationalists all across Europe.

To paraphrase one of the least popular politicians among nationalists: this is not the end of the struggle, this not even beginning of the end, but this is the end of the beginning.

We are no longer struggling for the survival of the nationalist idea. The nationalist movement is no longer on the permanent brink of total extinction. The idea of nationalism has been planted in the soil. Now we need to cultivate it — let it grow and ultimately bloom.

Let me also borrow freely a concept from one of our favorite thinkers, Ernst Jünger: our head has already crossed the line — the line of European nihilism and decadence, of self-loathing, and the impulse toward self-destruction. Now the body needs to follow.

What is the lesson for the future? Especially for the immediate future and our everyday lives? Keep doing the good things you are doing. Your efforts have already had some real-life effects. Stay healthy, become strong, educate yourself, keep away from unnecessary risks. Get in touch with other people, go to real life meetings, meet the best minds of our movement. We can win this fight. And with enough of the right sort of efforts, we will win and save our nations.

» Call for Help
A Francis Parker Yockey Quote from Union #1