Counter-Currents Radio Podcast No. 508 The Kanye Question with Greg Johnson 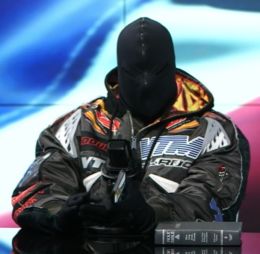 Greg Johnson and special guest Gaddius Maximus addressed the Kanye Question on the latest broadcast of Counter-Currents Radio, which is now available for download and online listening.

02:18 Reading of “In Your Heart, You Know Ye’s Right”
13:50 Enter Gaddius Maximus
14:25 Is this just a spectacle?
17:38 The establishment should have ignored Kanye
21:39 On the taboo of talking about Jewish power
23:44 The faux Right is getting better
26:14 If only Kanye promoted Kevin MacDonald!
33:22 Will Kanye discredit the JQ?
35:01 On the extremely high political participation in the nineteenth century
43:54 How Gaddius got redpilled
46:34 Is interest in White Nationalism dropping?
54:59 On Jim Goad’s Answer Me!