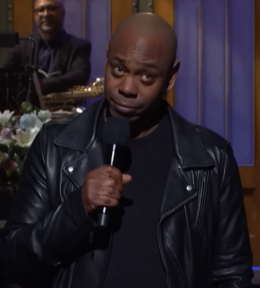 As I watched Dave Chappelle on Saturday Night Live discussing the ongoing saga of rapper Kanye West and basketball star Kyrie Irving’s conflicts with the Jews, I was reminded of something I have always known but never seriously considered until now: the nature of mafias. Mafias maintain power in two ways: They deny that they themselves exist, and they enforce silence upon anyone inclined to say that they do. Total silence means total power. If a mafia commits a crime, and no one is willing to speak of it, is it really a crime after all?

In 1971, Joseph Colombo caused problems for the makers of The Godfather movie, which was based on a novel by Mario Puzo that had been published in 1969 and was just going into production. Colombo tried to halt it by threatening to prevent any filming in New York City, where the film is set. He was the high-profile leader of the Italian-American Civil Rights League at the time, and he professed to be deeply offended by The Godfather. How could Hollywood make a movie about the Italian mafia when the Italian mafia didn’t exist? Didn’t the film’s producers realize that they were insulting and defaming the Italian people?

Of course, it was an open secret that Colombo was a mobster himself, being the head of one of New York’s notorious Five Families. Thus, his attempt to impose an omertà — a traditional southern Italian honor code of silence — only carried so much weight. In retrospect, Colombo’s strained insistence that he was anything other than an honest Italian-American civil rights activist was downright risible. The Italian mob may have had near-exclusive control over drugs, gambling, prostitution, and Lord knows what else at the time. Still, they didn’t quite have the reach to get into the heads of all Americans. They couldn’t make everyone afraid to speak the truth about La Cosa nostra. In the end, when The Godfather’s producers agreed to excise all uses of the terms “mafia” and “Cosa nostra” from the film, Colombo dropped his objections and in fact supported their work.

But where Joe Colombo failed, the Jewish elite in America is today coming very close to succeeding.[1] This was basically Chappelle’s point in his SNL monologue, which he had kept hidden from the show’s producers prior to going on the air. What was SNL going to do? It’s live television, after all.

Chappelle started with cutting irony: a false beginning which set up a joke, which in turn shattered the nearly universal omertà surrounding Jewish power. With little introduction, he read from a written statement the following boilerplate: “I denounce anti-Semitism in all its forms and stand with my friends in the Jewish community.” It was about as sincere as Michael Corleone’s denunciation of Satan and all his works in The Godfather’s famous baptism scene. Then came the punchline: “And that, Kanye, is how you buy yourself some time.”

Chappelle’s humor throughout the monologue focused not on his complaints about Jews or Jewish bad behavior. Instead, he described what it is like to have to cringe and scrape before Jewish power. Implicit are all the not-so-nice things Jews do with their power when you cross them:

I gotta tell ya, guys, I’ve probably been doing this 35 years now, and early in my career, I learned that there are two words in the English language which you should never say together in sequence, and those words are “the” and “Jews.” I never heard of someone do good after they said that. Kanye’s gotten into some scrapes before. Normally when he’s in trouble, I pull up — pull up immediately. But this time, I was like, you know what? Uh, lemme see what’s gonna happen first. Just wanna see where it’s all goin’.

To get everyone up to speed, about a month ago Kanye West (now known as “Ye”) had tweeted a few semi-questionable truth bombs about Jews, summed up nicely by Andrew Joyce here:

Ye also revealed how his Jewish personal trainer Harley Pasternak threatened to institutionalize him and medicate him into “zombieland,” an appalling instance of punitive psychiatry reminiscent of the Soviet Union. 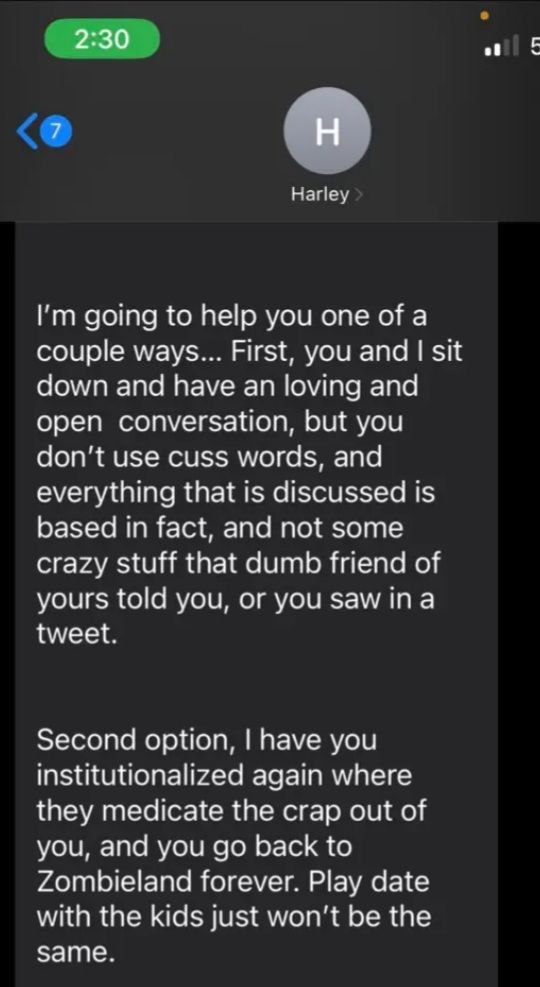 Not long after this, Kyrie Irving retweeted a link to a 2018 low-budget film entitled Hebrews to Negroes: Wake Up Black America, which claims that blacks are the real Israelites and repeats various anti-Semitic tropes regarding Jews as globalist oppressors, Satan-worshippers, and the like. These tweets have gotten both men in deep trouble. Irving was suspended from play and more or less forced to apologize, which he didn’t quite do to the satisfaction of the National Basketball Association or the Anti-Defamation League (they returned his $500,000 donation). Ye, for his part, was dropped by various sponsors and lost a large chunk of his considerable wealth. Unlike past events of this nature, neither victim completely buckled under Jewish pressure in the timeframe prescribed for them, largely because they were both well-established and received support from their core followers. 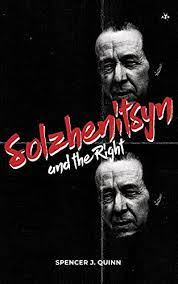 This is worrisome for powerful Jews, because this time their critics are black. When omertà is broken by high-profile whites such as David Duke, their words can be believably — yet spuriously, of course — linked to the universal bugbear of “white supremacy.” Not so with black critics, and especially not so with blacks possessing off-the-charts charisma and credibility like Ye. Only Barack Obama, Oprah Winfrey, and maybe a handful of others could even compete with Ye and his 31 million Twitter followers and his certified 25 million albums sold. So the Jewish power structure has to take Ye seriously — and by seriously, I mean by censoring him and stripping him of as much of wealth as possible.

This, by the way, serves to detribalize non-Jews by making the cost of tribalism exorbitantly high among their leading lights. Either you keep your influence and wealth, or you keep your love for your people. You can’t have both, goy-chik.

Oddly, Chappelle’s treatment of Ye was fairly lukewarm, calling him a “nigger” at one point, and opining that he was “possibly not well.” His baseline was sympathy, but he didn’t seem willing to expose himself any further in Ye’s defense. It’s as if the truth behind what Ye was saying was less important than the rule Ye knew better not to have broken:

He had broken the show business rules. It’s just a rule. You know, the rules of perception. If they’re black, then it’s a gang. If they’re Italian, it’s a mob. But if they’re Jewish, it’s a coincidence, and you should never speak about it.

It was regarding Irving that Chappelle became somewhat indignant, however. After describing Irving’s transgressions, Chappelle said:

The NBA told him he should apologize. And he was slow to apologize. And then the list of demands to get back their good graces got longer and longer. And this . . . this is where, you know, I draw the line. I know the Jewish people have been through terrible things all over the world. But . . . but . . . but . . . but you can’t blame that on black Americans. You just . . . you just can’t . . .

Kyrie Irving’s black ass was nowhere near the Holocaust. In fact, he’s not even certain it existed.

The inspired nature of this last joke aside, it was an astute point. Today’s Jewish leadership will not hesitate to link even minor criticisms of Jews qua Jews to the absolute worst of history’s atrocities against them — if the gentile perpetrator refuses to profusely apologize, that is. Even taking the mainstream Jewish history narrative as gospel, this remains vindictively neurotic. Basically, today’s Jewish leadership wants to use history as a means to stifle any criticism of them as a people, whether they deserve that criticism or not (while tacitly allowing similar criticism of whites as a people, whether they deserve it or not). Dave Chappelle objects to this, and deserves credit for doing so.

But why he objects to it is problematic. The historical troubles of the Jews, he says, cannot be pinned on black Americans. True, but the implication here is that they can be pinned on white Americans. Untrue. Mel Gibson’s white ass was nowhere near the Holocaust, either. But does Dave Chappelle care to speak out about that? Not on your life. Whitey can fend for himself. In fact, the only active player in this affair who has spent any time defending the interests of white people is Kanye West.

This gets to the heart of the matter. We are witnessing competing ethnocentrisms in action — something that human beings cannot help but engage in. These days, the Jewish elite have the power to enforce a false, pro-Jewish narrative which purports that Jews don’t have any unusual degree of power. Just like Joe Colombo’s denial of the mafia, this is a walking contradiction, a naked emperor standing in the street and showing off his new clothes. One either admits the truth at great cost, or submits to the lie at no cost. Blacks like Dave Chappelle have learned that submitting to the lie might not always be in the best interests of his own racial group, so he stood up against it with his humor — and good for him.

But, really, the only person in this narrative who stood up against the lie not only for his race, but also for something as amorphous as the truth, is Kanye West. Whether or not his being a billionaire had anything to do with that, I’ll let the reader decide.

[1] In the same year as his conflict with The Godfather, Colombo allied his Italian-American Civil Rights League with Meir Kahane’s Jewish Defense League [JDL] on the grounds that they were both being harassed by the federal government, and he even bailed some JDL members out of prison.