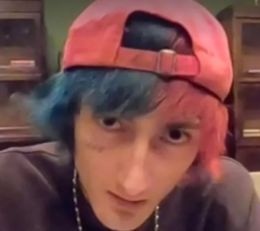 In a climate where politics has poisoned everything to the point where we all probably already have Stage 4 cancer from it and likely won’t even live to see the midterms in November, is it possible for a gunman to shoot and kill seven people from a rooftop at a July Fourth parade with absolutely no political motivation?

It may sound crazy to even ask such a question. But I think the most rational response to hearing that seven people were shot dead at a July Fourth parade would be, “That’s horrible.” Instead, people’s first response tended to be, “Was he a MAGA guy or an antifa guy?” The shooter’s political opinions seemed much more important to people than the fact that seven human beings had lost their lives. Sure, sure, people are dead, but people die every day. The dead we shall always have with us. The more pressing item required standing on the victims’ rapidly-stiffening corpses to deliver a sermon about how the other side of this fabricated political binary was to blame.

The shooter — according to police, he’s already confessed­ — is an odd little 21-year-old bird-faced creature named Robert A. Crimo III. He’s from the cushy Chicago burb of Highland Park, Illinois. He stands 5’11” but weighs only 120 pounds, which means you could knock him over by languidly spitting a sunflower seed at him. I’d estimate that 110 pounds of his body weight is taken up by his hyper-elongated shovel of a nose, truly the largest proboscis I’ve ever seen on a human being and rivaling the giant, pointed snouts of the cartoon villains in the long-running MAD magazine panel Spy vs. Spy. His physiognomy is something to behold and even suggests an undiagnosed case of progeria.

On Monday, July 4 at about 10:15 AM — while dressed in a girl’s clothes, wig, and makeup — Crimo (it’s an Italian surname and is pronounced “Creamo”) ascended the external ladder to an office building in Highland Park along the parade route and fired an estimated 30 or so rounds from a Smith & Wesson M&P 15 semiautomatic rifle.

This video shows the parade being interrupted and people starting to flee just as shots ring out. This one shows the same thing from a different perspective. As does this one. This one shows a klezmer band boldly continuing to play as the shooting begins. And here are the largely overweight white people of Highland Park fleeing for safety. At least 46 people were injured in addition to the seven shot dead; a little over half were injured by gunfire and the rest sustained injuries in the ensuing melee.

After the shooting, Crimo climbed down the side of the building and mixed in with the crowd undetected. He then went to his mother’s house in Highland Park, borrowed her car, and drove to Madison, Wisconsin, where he eventually decided against committing another mass shooting. He was arrested the evening of July 4 after returning to Illinois. He apparently did not resist arrest and, through a wicked stroke of luck, he was not shot dead by police.

According to Midwest Anti-Defamation League board member Bradley Dlatt,

Highland Park, Illinois is one of the safest places in America with exceptionally strong gun laws. It’s also home to a large Jewish population. Someone was looking to make a point. Until we have real, nationwide gun control, nowhere is safe.

Mr. Dlatt seems to think young Mr. Crimo was making a point about how nowhere is safe for Jews, even in cities with “exceptionally strong gun laws.”

Although Crimo’s uncle said that his nephew had worn women’s clothes at least once in the past, there is no indication he identified as transgender. At first, all signs pointed to the idea that he dressed in drag to evade identification and detection. Still, there are many commenters online who expressed their fondest wishes that gender dysphoria was the twisted impetus behind this sickening desecration of America’s birthday. But then again, Crimo’s official mug shot shows him to be decidedly androgynous-looking. Whether or not he believes he’s a woman, I wouldn’t put it past him to start angling for a stay at a woman’s prison.

But hey, isn’t the biggest threat to our nation the ever-looming specter of white-supremacist terrorism? Someone dug up verified postings from Crimo on a gore-centric website called Documenting Reality, including one from June 28 where he wrote, “i say we just get rid of the blacks all together [sic].” Then there emerged a picture of him dressed in a Where’s Waldo? costume at a Trump rally. Next came a snapshot of Crimo draping himself in a Trump flag while standing on a chair. And someone else found a tweet where his father, a former mayoral candidate for Highland Park, “liked” a tweet supporting the Second Amendment in the wake of late May’s Uvalde Massacre.

Well, there you have it: He’s a MAGA loon shooting at the pesky and sheltered North Shore Jews whom he probably accuses of stealing the 2020 election.

Then again, someone pointed out that no one usually wears a Where’s Waldo? costume unless he feels severely out of place. Someone else speculated that by draping himself in a Trump flag and standing on a chair, he was mocking the death of Ashli Babbitt on January 6, 2021. And at the risk of stereotyping, you don’t often see Trump supporters wearing a super-faggy silver-lame top, purple goggles, and their long pink hair in ponytails. Nor do MAGAheads tend to dye their hair pink and blue, wear a smiley-face T-shirt, and get MUCH LOVE tattooed on their knuckles. And according to reports, Crimo’s now-shuttered Instagram account featured several comments in favor of antifa.

Oh, and he also had a manifesto that surely should cast some light on exactly what political winds blew between his legs and lifted his sails. It was called Arcturus, and according to a man who claims he read it (Amazon removed it from sale after July 4),

It is 28 pages long and is composed entirely of an undeciphered sequence of numbers. . . . The numbers 23, 47, and 115 seem to be of significance in decoding Arcturus, however, Arcturus remains an unsolved mystery.

Well, that’s not helping at all.

If your default political angle on mass shootings is to blame guns, Crimo was permitted to buy five guns after two separate incidents: the first in April 2019, during which 911 was summoned after he threatened to commit suicide, and the second in September 2019, after he threatened to kill household members, whereupon police were notified and seized “16 knives, a dagger and a sword from the house.” Although cops filed a “clear and present danger report” with state police, Crimo allegedly passed four subsequent background checks.

If you’re the type who blames everything on degeneracy, Crimo’s “girlfriend” was a child-sized rubber sex doll that he claimed was 15 years old. He’d often drive around with it in the back seat of his car.

Or maybe he was just another schizophrenic religious nut who finally lost his marbles. He once filmed himself painting “GOD’S NOT DEAD” on the side of a building. In 2021, he tweeted, “Whoever seeks to save his life will lose it, and whoever loses his life will preserve it. — Luke 17:33.”

It seems that no matter what your political leanings are, Crimo will give you plenty of reasons to feel smug and justified about the real reason he killed all those people. If you need to blame Trump, Crimo’s your guy. If you need to blame Biden, he has that covered, too. He’s so flexible, he allows you to blame either degeneracy or religious fanaticism for his rampage — and he lets you pick! He’s uniquely generous this way; perhaps the most generous spree killer of all time.

My gut sense is that Crimo is nothing more than the lost, hopeless, pathetic, unsalvageable, mutant idiot hybrid mishmash of a postmodern and extremely online culture where he changes political symbols like a model changes evening dresses. I don’t think he’s even paused to think of what any of these things mean; they’ve just looked cool to him ever since the first time he saw them online. He is an emblem of a society where things are politicized to the point of high comedy, with the tragedy being that hardly anyone knows a fucking thing about politics, much less how to fix the world.

Since America still pretends to be a free country even though you can get shot up at Independence Day parades (it happened on Monday in Philly, too), I believe it is my existential right as a disgruntled taxpayer to choose whatever meaning for Bobby Crimo III’s July Fourth massacre best suits my emotional needs on this hot summer night.

Despite his many stylistic quirks and the fact that, yeah, he did kill seven people, the one thing I don’t think I can ever forgive is the fact that he’s a white rapper. He even has his own bio on IMDb:

The six foot Hip hop phenom Awake The Rapper was born Robert Eugene Crimo III on September 20, 2000 in Chicago, Il. He’s the middle child of three and of Italian descent.

Bobby began uploading his music to the internet when he was 11. The world first started turning their heads with the release of his 2016 track By The Pond featuring Atlas. Directly Following that Awake released his fan favorite mixtape “messages” on December 23, 2017. The Lo-fi sad boy then went on to release a second mixtape entitled “observer” on August 10, 2018 and an Ep. called “The Future Is Dope” on his 18th birthday. Fast Forward a couple months and Awake releases his hit song “On My Mind”.

Awake The Rappers [sic] Net worth is estimated at $100 thousand.

Here is the video for his track “Sleepwalker,” and here are the lyrics:

Like a sleepwalker . . . I know what I have to do. . . . I know what’s in it. Not only for me but for everyone else . . . there is no past or future, just the now. It is more abstract than I can ever imagine. I can feel the atmosphere pulling me in. It’s unstoppable. . . . I need to leave now. I need to just do it. It is my destiny. Everything has led up to this. Nothing can stop me, even myself. Is there such a thing as free will or has this been planned out . . . it’s what I was sent here to do. Like a sleepwalker . . . walking blindly into the night.

At first, based solely on how painfully weird he looks, I was willing to empathize with Bobby Crimo III as some desperately lonely young man facing a hopeless future and driven to madness by being trapped between the real world and an even colder digital world. I could understand why he lashed out in the most unforgivable way possible to get whatever attention, however negative, life had denied him until this point.

But then when I realize he’s just some brain-dead douchebag Dago rapper who chose spree killing because his primary career choice was floundering, I lose all sympathy. You can never trust a white rapper.

« On the Use & Abuse of Language in Debates

» What Is the Ideology of Sameness? Part 2