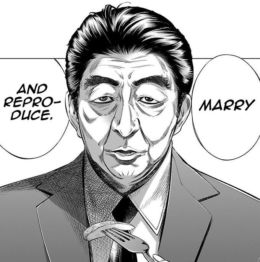 SnorkelBlot of the SnorkelBlog was host Nick Jeelvy‘s special guest on the latest broadcast of The Writers’ Bloc where they took a look inside Japan, with a special view of the Shinzo Abe situation and the developing security situation in the far east, and it is now available for download and online listening.

00:06:00 Who is SnorkelBlog?
00:10:00 People who support the movement from the human, lifestyle, and aesthetic side
00:11:30 The assassination of former Japanese Prime Minister Shinzo Abe and how Japan reacted
00:15:30 The Liberal Democratic Party of Japan and its rule since the end of the Second World War
00:17:00 Politics in rural areas versus the cities in Japan
00:19:30 The Chinese versus the Japanese attitude towards politics
00:21:00 The National Democratic Party of Japan, and Hapaperspective and Ricardo Duchesne discuss the difference between Chinese & European minds on The Writers’ Bloc
00:25:00 Politics in Japanese cities, and how political messaging intensifies in cities
00:28:30 The Japanese nationalist perspective on Shinzo Abe and his tenure
00:33:00 The expanding role of women under Shinzo Abe
00:35:00 The decline of Japanese farming and the influx of foreign farmers; Nick and SnorkelBlog discuss the content of two articles here and here
00:38:00 Koreans in Japan and the Japanese view of Korea
00:40:00 Norwegians versus Swedes compared to Koreans versus Japanese
00:42:30 The ethic composition of foreigners currently in Japan
00:47:30 How open can you be about nationalism in Japan?
00:51:00 White people and white people diseases versus Asian respect for borders
00:54:00 How Asians, on average, agree more with our positions than modern whites
00:55:00 Shinzo Abe was horrible on immigration, nationalism, industry, and farming
00:59:00 The decline of Japanese video games and electronics
01:02:00 Was Shinzo Abe the Tony Blair of Japan?
01:04:30 Shinzo Abe as part of a string of really bad Japanese leaders since the Second World War
01:07:00 Shinzo Abe, the Meiji Emperor, and Henry XIII
01:08:00 Covid and vaccines in Japan
01:15:00 Japanese government policy versus the social pressure to conform to Covid tyranny
01:18:30 Did SnorkelBlog face any racism in Japan?
01:22:00 Japanese populism and the Right-wing populist party Sanseitō
01:25:00 Japanese populism versus populism in the West and Hungary
01:29:00 Shinzo Abe’s position on the Japanese military
01:32:30 The loss of Japanese masculinity and martial spirit
01:33:30 What post-war Germany and Japan now have in common
01:39:30 The attitude of modern Japanese towards the ongoing American military occupation and the atomic bomb
01:45:00 The Holocaust and the atomic bomb attacks on Japan
01:47:30 Jews in Japan writing for the Japanese media and Jewish ownership of Japanese media
01:51:00 What are the economy, inflation, food, and energy prices like now in Japan ?
01:58:30 Closing remarks

» What is the New World Order? Part 1