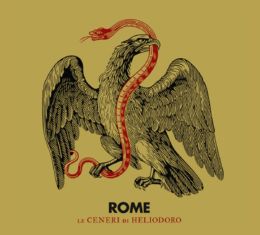 “Every act of beauty is a revolt against the modern world. “

Rome has stuck to the rule of releasing a new album every year. 2019 was no exception, and the band delighted some of us with the album Le Ceneri Di Heliodoro — some, because some will lose their illusions about the band after reading my article.

The title itself is a reference to the book by the homosexual Leftist director Pier Paolo Pasolini, Le ceneri di Gramsci.[1] I believe Heliodoro was substituted because frontman Jerome Reuter is referring to the ancient writer Heliodorus (Ἡλιόδωρος) and his only surviving book, Aethiopica (Αἰθιοπικά), or Tales of Theagenes and Chariclea.

The book recounts the adventures of Chariclea, the discarded daughter of the Ethiopian King. Charikleia was abandoned because King Hydaspes and his wife Persinna were dark-skinned and their daughter was white. This motif is further explored in the album.

Rome’s twelfth album is divided into two parts, “Apertura” and “Clausura,” respectively representing the rise and fall of political regimes and men of power. The album opens with the song “Sacra Entrata,” featuring spoken word and metallic sounds, with the spoken word meant to be affective and evoke in the listener the cheers of the crowds and the political enthusiasm of times long past. The song then closes with the soothing voice of a woman, immediately followed by a kissy song, but it somewhat fits into the context of the album.

The song “New Unfolding” deals abstractly with the new destiny of man in the modern age, hence perhaps the English quote from the beginning of my review, which also appeared on the T-shirt for the album Rome and is inspired by the well-known Julius Evola title.

Then follows what I think is the most important piece on the album: the theme song, which was also previously released as a single, Who Only Europe Knows, and describes the difficult journey of refugees from the Middle East and Africa to Europe and touches on their fears about how Europe will receive them. It includes a famous excerpt from Enoch Powell’s “Rivers of Blood” speech.[2] It is typical for neofolk, that it conceptually plays with the lyrics and develops new meanings — sometimes even Dadaist compositions.

The next, “The West Knows Best,” is an anti-American song against imperialism and American cultural domination. It includes a snippet of a speech by Gabriel D’Annunzio, when the singer Jerome says that the West doesn’t know what’s good for West, ironizing D’Annunzio in the song. It is a slow, sad ballad.

Musically, the song is followed by an unstoppable rise in the form of “Feindberührung,” with its oft-repeated choruses, to the inevitable action in “Fliegen Wie Vögel,” when only the wings of birds glisten above the glittering bombers

After this act we have the second part of the album, the so-called “Clausura.” In it we can hear the inevitable decline, the mood plunging into darker and sadder waters. The people seem to have been abandoned by their leaders and seducers, and are among the ruins. Here I would single out the catchy titanic track “One Lion’s Roar” and the pre-closing “Uropia O Morte.” The album holds together nicely as a whole and is imbued with various soundtracks such as the sound of airplane engines, snippets of speeches, and other neofolk flourishes that the attentive listener will appreciate.

The highlights of the album are undoubtedly “Who Only Europe Know,” “The West Knows Best,” and “One Lion’s Roar.” 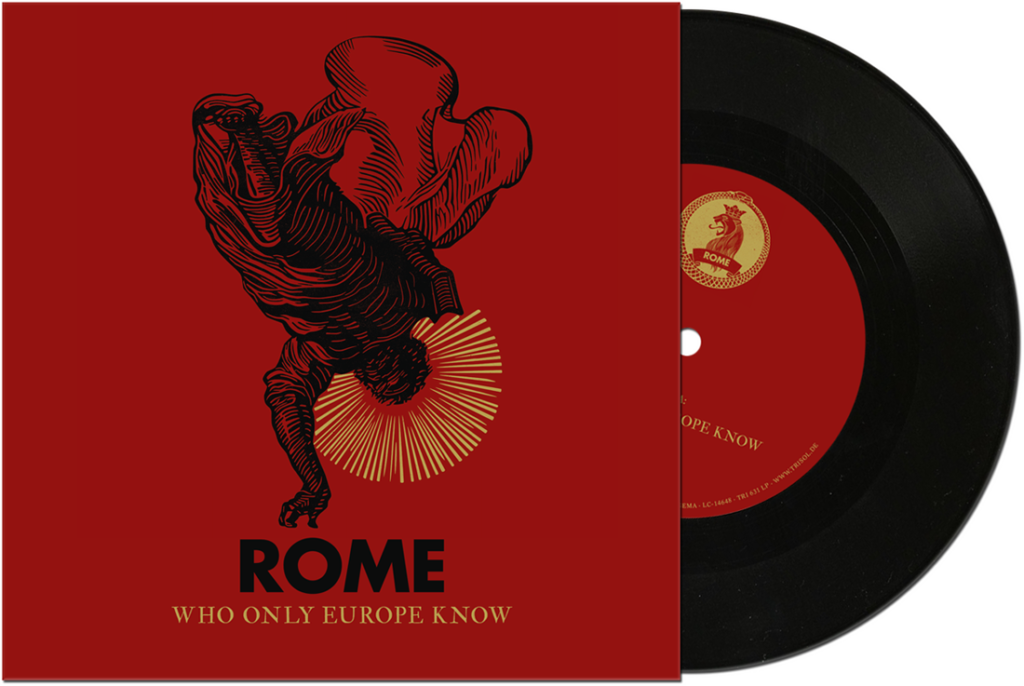 Anti-fascism and the subversion of neofolk

Neofolk is a very complex and ideologically complicated genre. Everything may not be what it seems at first glance, whereas often many things may indeed be what they seem at first glance.

This isn’t so easy with the Luxembourg band Rome, either. Let’s mention a few of the older, controversial statements made by their frontman, Jerome Reuter. In an older interview, he said:

Q: Neofolk is often mentioned in connection with the radical Right-wing scene. What do you think about it, do you have any experience with it?

Reuter: I have to admit that I’m a bit boring in that respect, and Rome never talked much about his anti-fascist orientation. But in my opinion, if you listen to our music, it is more than obvious.

Q: So you could say that Rome’s music has a political background?”

Reuter: For example, the new album Flowers from Exile deals with the civil war in Spain, and you can trace some autobiographical elements on it — part of my family fought against Franco — so it would be stupid to dismiss the political background.

We’re not one of those bands pushing a philosophy, like Skrewdriver or Rage Against the Machine. I was always much more into creating, or recreating a particular atmosphere. . . . I’ve only been honest about not believing there’s any middle ground when it comes to racism and homophobia, for example. And my back-catalog includes many songs that obviously go against the grain in some way. But as you’ve mentioned, I would not like ROME to be seen as a “political band.”

The singer, although he himself mentions European thinkers, musicians, and artists in interviews, has become trapped by words such as homophobia, racism, and so on. And even though he makes use of traditional European folk music and images, he uses them more to subvert neofolk — if there even is such a thing as neofolk that can still be subverted. Think, for example, of the Totenkopfs on LGBT rainbow flags that Death in June has used, or the Nazi uniforms and insignia used by the deviant singer Genesis P-Orridge. Let’s rather say that Jerome Reuter adds a commercially acceptable New Left ideology to the spectrum of neofolk that was not present in it before. He is calculatingly pushing the same agenda as most NGOs, corporations, and social networks. As Scott Weisswald rightly pointed out, if fascism is sex, then Rome is masturbation.

Do we bar the gates with iron
To guard our holy flame?
For your poor, your sick and tired
Your nutshell navies came

What do they know of Europe?
Who only Europe know?

If we take neofolk as an obscure and thought-provoking genre, it should also ask questions.  When Rome indirectly asks, “Who is the only one who knows Europe?” It’s also polite to incorrectly answer, “Only white Europeans know Europe!”

[2] The speech was also musically interpreted by fashwave artist Xurious, can it can be found on YouTube under the name “Rivers of Blood.”