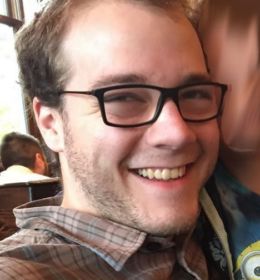 I was saddened to learn of the death of Martin Rojas, who died on June 24th aged only 29. His cause of death has not yet been determined. Martin was a remarkably productive pro-white writer and activist. He was particularly close to Jared Taylor (who wrote a warm tribute), the Brimelow family, Gregory Hood, and Sam Dickson, all of whom are friends and colleagues of mine.

For me, however, the most remarkable thing about Martin Rojas is that, even though he was only two degrees of separation from me through multiple close associates, I didn’t actually know who he was until he was doxed by antifa in 2021.

But not until the antifa dox did I realize they were all the same person. Under the heading “Give them Hell,” I wrote to Martin on February 27, 2021 (at his Hubert Collins address):

I heard about your doxing today from Kevin Deanna. Please don’t let it get you down. The doxing article is a discovery for me. A number of small-time writers I have known for years now have been consolidated into a real star. I am impressed by how much you have done for the cause already, even while doing it part time and expending energy juggling different identities. You should now resolve to make them regret what they have done by upping your intensity and giving 110% of your now undivided focus.

Frankly, I thought the fact that I did not know Martin was rather cool. It felt like I was part of a serious movement. There were certainly many opportunities for mutual friends to talk about him. But I didn’t need to know, so I wasn’t told. For all the damage done by infiltrators and turncoats, it was nice to see evidence of sound basic operational security practices. For all the enemy’s efforts, it is shocking how little they actually know. But in this case they surprised quite a few insiders.

How, then, was Martin doxed? It was probably a traitor in the Washington, DC movement circles in which Martin moved. A lot of shady, slimy people have come and gone since the vast growth surge of 2015 to 2016. (A rapidly growing movement is a dangerous thing. The only thing worse is a stagnant one.)

Martin Rojas was one of the American movement’s most valuable players, he had been so for years, and I hardly knew him.

Why was he so important? Because this movement is top-heavy with leaders and would-be leaders but lacking in hard-working people who actually get things done. Martin was one of the latter: immensely hard-working and productive. The fact that he used many pen names and never revealed them all to even his closest colleagues indicates that he was not in this for ego gratification, even among his friends. He did not hunger for fame. He did not preen as a leader. He simply kept promises, worked hard, and got things done. We need many more of his type if we are going to win.

Now some of you might be thinking: “A man is dead. Is the best thing you can say about him really that he was a self-effacing worker bee?” Yes, that’s about all I can say about him, because I didn’t really know him. I was planning to rectify that. Martin and I corresponded more in recent months and made plans to meet in October. Now it will never be. The only testimonial I can share about Martin’s more personal qualities is to note the great sadness he left behind among his friends and colleagues.

Martin Rojas is gone, which means that we all must work even harder. But perhaps that really is the best way to honor him.

» All They Wanted Was a Better Life