Is the “Civil Rights” Regime Beginning to Crack? 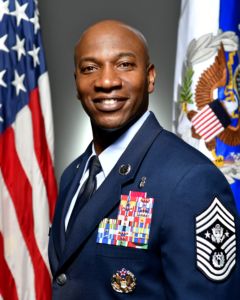 Chief Master Sergeant of the Air Force Kaleth Wright spent much of his tenure picking at the scabs of “racism.” His statements didn’t end racial conflicts in the military, but exacerbated them. His appointment to high office guarantees that no battalion in the US military can be trusted to suppress an African race riot.

By 1914, at the outbreak of the First World War, the Austro-Hungarian Empire had become unstable. The full story of how it got that way is beyond the scope of this article, but to put it simply, after 1867 the Hungarians gained control of parts of the Empire where there were not many Hungarians. This situation was greatly resented by the locals in the areas they controlled.

Today, the United States is likewise unstable. The lion’s share of what caused this instability is the minority sub-Saharan African population, which has an outsized role in influencing institutions and society. One can call this paradigm the “civil rights” regime.

The African population in America is a low 12% of the total. In locations where sub-Saharans reside in large numbers, the political scene is dysfunctional, corrupt, and crime-ridden. Sub-Saharans are also a drain on the economy. They produce no worthy cultural works and have no genuine inventions.

So what exactly gives them so much outsized influence in the US? Why do we live under a “civil rights” regime? There are several props that hold this regime up.

At some point in the first half of the nineteenth century, Americans — especially native-born Protestants in the North — mixed that which is genuinely holy with veneration of African slaves. An example of this is the case of an ex-slave named Isabella Baumfree who changed her name to “Sojourner Truth.” There are a great many whites who fell for this heresy. She became a fixture of liberal causes in the United States for decades, including agitating against the South, promulgating “equal rights,” and promoting women’s rights.

It was only in the early twentieth century that the negro-worshipping nonsense was finally suppressed, but it has never gone away completely. During the BLM insurgency in 2020, sub-Saharans again became objects of worship.

The island nation of Fiji is filled with racial tensions. In the late nineteenth century, British plantation owners imported Indians to work the fields. Originally a British colony, the nation was granted independence in 1970. At the time, its military was filled with native Fijians while the Indians controlled the economy. It was only a matter of time before this situation exploded. Eventually, the Fijians used the military to take full control of the government and worked for decades thereafter to dispossess the Indians, who have sometime suffered reprisals and causing many of them to flee the country. Fiji has also undergone a series of coups as a result of these tensions.

Fiji demonstrates that the military’s racial makeup is extremely important. One of the structures of sub-Saharan control emerges when there is an all-volunteer military in which armed Africans are integrated into every platoon. This is the situation we currently have in the United States. There is not a single regiment that the civilian political authorities could genuinely trust for deployment when dealing with an African race riot, for example.

This means that the American military is fundamentally at odds with the American populace as a whole. The United States isn’t suffering from a series of military coups like Fiji, but there are nevertheless some parallels. The military wasn’t deployed to stop the sub-Saharan/Leftist BLM insurgency of 2020, for example. The military leadership also lied to President Trump about the number of troops in Syria, made treasonous phone calls to the Chinese, and so on. These weren’t literal coups, but the effect was similar.

Sub-Saharans are now in key roles in the US military. While the Special Forces and other boutique organizations receive a great deal of the glory, it is in fact the paper-pushers and logisticians who are most important to the military, and that is where many of the politically correct reside. The non-commissioned officers (NCOs) are also important. Many of the most senior sub-Saharans NCOs put out slogans such as “Diversity is our Strength” while there are ongoing military disasters abroad.

The most serious problem, though, is that the military’s senior ranks think that there is no problem — even as cities burn.

Ronald Reagan was elected in 1980 with an unspoken mandate to reverse the problems stemming from the “civil rights” revolution of the early 1960s. He failed to accomplish that task. Reagan is part of a trend: Americans elect “conservatives” again and again with the intention of undoing the damage done by “civil rights,” but nothing changes. Why is that?

The reason is the 1964 Civil Rights Act. This cruel law has become an illicit second constitution. It has created a situation whereby any group that can be seen in liberal eyes as analogous to sub-Saharans in the American South of the 1950s will be granted considerable advantages. This situation has morphed into the absurd. During the Obama administration, for example, there were even threatening gestures made towards Russia, in part because of the country’s alleged denial of homosexuals’ “civil rights.”

Another structure of African control is the Voting Rights Act of 1965 and the associated gerrymandering of Congressional districts to increase the number of Africans in Congress. Congressmen coming from these districts tend to be more radical. Former Black Panther Bobby Rush is one such Congressman from a gerrymandered district.

Gerrymandering goes both ways — in some cases black voters are packed in districts where they are overwhelmed by conservative white voters, but on the main, gerrymandering and the 1965 Voting Rights Act increases black political power.

An End to the “Civil Rights” Regime?

The “civil rights” regime has been ongoing for 67 years now, if one considers that it started with the Brown v. Board of Education Supreme Court ruling of 1954. Unstable social relationships last for around 80, years at most. Thus, “civil rights” is a rapidly aging social policy.

A case can be made that “civil rights” lost much legitimacy during the Trump administration. The main proponent of “civil rights” today is the Democratic Party and the American Establishment. Their behavior over the last four years has been insane. “Civil rights” is now imposed upon America with bayonets, election fraud, and Leftist terrorists empowered by law enforcement. The “civil rights” regime runs on easily-refuted lies. And now, America has suffered a calamitous military defeat shrouded in a Pride flag along with a Black Power fist.

The props of sub-Saharan power are starting to crack.

« Aspirational Negritude, or, What Non-Whites Have Taught Me about America