The Counter-Currents 2020 Fundraiser Amnesty Your Ancestors 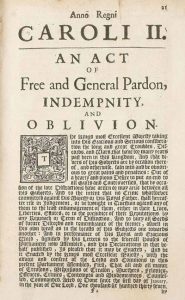 Counter-Currents is trying to raise $150,000 this year. In the last week, we crept closer to our goal. We received 11 donations for a total of $435.02. Thus far, we have received 762 donations totaling $111,604.71, for which we are enormously grateful. We are thus well past the two-thirds point! We will keep the fundraiser going as long as needed, but the ultimate deadline is the end of the year, just under two months away. That’s a lot of ground to cover, so we will be kicking our efforts into overdrive.

If Joe Biden manages to steal the White House, he has promised to amnesty tens of millions of illegal aliens. He will also likely amnesty tens of thousands of blacks and antifa who have been rioting, looting, burning, and trashing America’s cities since the end of May.

“Amnesty” has the same root as “amnesia.” It is a policy of forgetting about crimes and their victims and forgiving the perpetrators. The basic rationale of an amnesty is that although it allows criminals to get away with injustices, it benefits society as a whole because it allows us to put a traumatic episode like a civil war behind us rather than to let it drag on through legal recriminations.

The irony of amnestying black and antifa rioters is rather rich. BLM’s main demand is to allow blacks to get away with crimes today because of crimes committed against blacks in past centuries. Those crimes, it seems, can never be forgiven or forgotten. But when it comes to looting shoe stores, torching businesses, and toppling monuments in the present day: perhaps we should forgive and forget. After all, we have to live with these people somehow. So maybe we should put the past behind us and look toward a future of “healing” and “unity.”

Of course amnesty is a two-way street, and the Left will never forgive and forget about white crimes. Why abandon a good grift? Demanding recompense for “historical injustices” is a moral swindle in which blacks who have suffered no wrong demand apologies and benefits from whites who have not wronged them—all because other whites wronged other blacks, even centuries in the past.

Stepping over the past doesn’t mean denying the facts of history. Nor does it require disputing whatever value judgments attach to those facts. It is simply a refusal to be bound by the past. I don’t deny that slavery was real. I don’t deny that it was immoral. I don’t deny that there are lessons we can learn from it. But I am not morally obligated to suffer for it. I refuse to be swindled out of a future because of the crimes committed by white people in the past. It’s that simple.

The concept of amnesty gives a legal basis for stepping over the past. A good example is the Indemnity and Oblivion Act of 1660 passed by the English Parliament after the restoration of the monarchy. The indemnity portion of the act was a general pardon for crimes committed during the Civil War and Interregnum, with certain unforgivable exceptions, such as the regicide of Charles I as well as piracy, buggery, rape, witchcraft, and murder (without government license). The oblivion portion of the act consigned the Interregnum to legal oblivion, meaning that it was illegal to discuss the crimes committed during that time. In short, forgive and forget—or else.

What was the rationale for this act? The Civil War and Interregnum were worse than any individual crimes that occurred during them. Pursuing legal recourse for these crimes threatened the peace. Thus it was judged better to forgive and forget rather than risk the return of civil war.

The next time the Left demands that white people efface our pasts and surrender our future due to “historical crimes,” just tell them you have amnestied your ancestors. We must also insist that respecting that amnesty is a non-negotiable condition for any future relations with non-whites. We need to end the swindle now, so future generations of white people think us worthy of thanking and remembering, not forgiving and forgetting.

There are several ways you can donate to Counter-Currents.

Currently, we are unable to take credit card donations except through Entropy. Entropy is a site that collects “paid chat” or “superchat” donations for live streamers.

Thank you for all you do to make Counter-Currents possible.

» Interview with Spencer J. Quinn on My Mirror Tells A Story