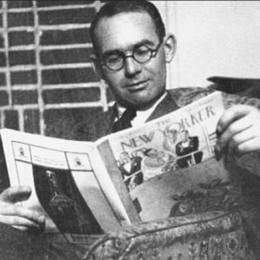 In any age, people with the capacity to truly think for themselves are rare. Rarer still are those courageous enough to defy the established order and express heretical views. Most people are too unwilling to part with the security that conformity affords. The heretic values truth and justice above all else, even his own life.

One such man was Gareth Jones, the first journalist to report on the Holodomor under his own name and the subject of a Polish biopic, Mr. Jones, that was recently released in the US. (Malcolm Muggeridge submitted a report on the Holodomor to the Manchester Guardian, but it was published anonymously and not in full.) In March 1933, Jones traveled to the Soviet Union and entered Soviet Ukraine against the orders of the authorities in Moscow, where he made a 40-mile walk through the countryside and kept a diary of what he witnessed. Upon his return, he issued a press release describing the horrors of the man-made famine plaguing Ukraine.

Jones’ report was met with derision by members of the intelligentsia, among whom Communism was in fashion. Two days after its publication, the infamous Walter Duranty, an unwavering apologist for Stalin, published a smug response in The New York Times wherein he flatly denied the existence of a famine. He did concede that there was a “food shortage” and that there were deaths due to “malnutrition,” adding that “you can’t make an omelette without breaking a few eggs.”[1] Duranty’s reporting influenced the United States’ official recognition of the Soviet Union in 1933.

Duranty was not unaware of the famine. He privately confided to officials at the British embassy in Moscow that it was possible that as many as 10 million Ukrainians had died of starvation.

Current scholarship holds that about four million Ukrainians died in the Holodomor; an additional three or four million died in Kazakhstan, the North Caucasus, and the Lower Volga region. The man responsible for the implementation of Stalin’s collectivization policy was Lazar Kaganovich, a Jew who later had a hand in the Great Terror. There is no question that the famine was deliberately engineered. Moscow rejected foreign aid and exported enough grain to feed millions of people. As part of Stalin’s plan to suppress Ukrainian nationalism, the Soviets also arrested and executed hundreds of Ukrainian intellectuals, artists, and public figures.

As the Times’ Moscow bureau chief, Duranty published a series of laudatory articles on the Soviet Union’s first five-year plan in 1931, for which he received a Pulitzer Prize the following year. He was rewarded for his sycophancy: Stalin showered him with gifts, including a spacious Moscow apartment, a car, and mistresses. He was known for his sexual licentiousness and addiction to drugs and alcohol. It is possible that he was blackmailed on account of his sexual proclivities.

Duranty’s politically correct reporting made him a favored member of the elite. When his name was read from the list of elite guests at a dinner at New York City’s prestigious Waldorf Astoria Hotel given in honor of the United States’ recognition of the Soviet Union, the guests burst into applause. This moment is included in Mr. Jones; as the guests applaud and gaze admiringly at Duranty, the final sentences of George Orwell’s Animal Farm are read in the background: “The creatures outside look from pig to man, and from man to pig, and from pig to man again. But already it was impossible to say which was which.” (Jones’ articles probably influenced Orwell, though there is no record of their having met, as is depicted in the film.) The link between Wall Street and the Russian Revolution makes this quote all the more fitting in this context.

Jones went on to write several more articles about the famine, including a response to Duranty’s initial article, in which he defends his position and remarks on the euphemistic language adopted by journalists: “famine” becomes “food shortage,” “starving to death” becomes “widespread mortality from diseases due to malnutrition.”[2]

As a result of his reporting, Jones was banned from returning to the Soviet Union. He then embarked on a “Round-the-World Fact-Finding Tour” and set off for the East to investigate Japanese imperial ambitions in northern China. During his stay in Manchukuo, he was kidnapped and executed by Chinese bandits at the behest of the Soviet NKVD. He was 29 years old.

Meanwhile, Duranty died at 73 in Orlando, where he presumably led a comfortable life as a Floridian retiree. While Jones’ reputation did not recover during his lifetime, Duranty enjoyed the adoration of the intelligentsia until the day he died. His articles were described by The Nation as “the most enlightened, dispassionate dispatches from a great nation in the making which appeared in any newspaper in the world.”[3] It took nearly six decades for The New York Times to condemn Duranty. The Times has still not revoked his Pulitzer.

Eugene Lyons, a colleague of Duranty who later disavowed Communism, recounted the attacks on Jones:

Throwing down Jones was as unpleasant a chore as fell to any of us in years of juggling facts to please dictatorial regimes—but throw him down we did, unanimously and in almost identical formulas of equivocation. Poor Gareth Jones must have been the most surprised human being alive when the facts he so painstakingly garnered from our mouths were snowed under by our denials.[4]

The legacy of Duranty and other Western apologists for the Soviet Union lives on in the craven sycophants who infest the mainstream media. The New York Times must be singled out for its blatantly dishonest reporting and sloppy scholarship, for which it continues to receive acclaim. The founder of the 1619 Project, whose premise is that blacks belong at the center of American history and that white people are evil, won a Pulitzer, as did the New York Times and the Washington Post’s joint reporting on supposed Russian interference in the 2016 election. One article published on February 14, 2017, entitled “Trump Campaign Aides Had Repeated Contacts with Russian Intelligence,” contained a total of 14 factual errors, as revealed by an FBI document released last Thursday. There are countless more examples of the Times’ disregard for the truth and rigid adherence to woke ideology.

Occasionally, the Times resorts to outright intimidation. On Monday, Tucker Carlson revealed that the Times planned to publish his address in an obvious attempt to endanger the safety of his family. In November 2018, antifa thugs tried to break into his house, prompting Carlson and his family to relocate. The Times denied this accusation, but it is far from implausible: last month, a Times reporter threatened to dox pseudonymous rationalist blogger Scott Alexander, who has come under fire from the woke Left (despite being a progressive Jew) for being autistic enough to ask inconvenient questions about controversial topics. Alexander was forced to shut down his website. These incidents are only the most recent examples of the mainstream media’s crusade against dissident voices.

The atmosphere of intellectual conformity that governs the mainstream media has become so stifling that even some Left-leaning establishment Jews like Bari Weiss have taken to criticizing the prevailing orthodoxy. Weiss announced her resignation from the Times last week, citing the paper’s hostility toward alternate viewpoints.

Weiss will continue to lead a comfortable existence in spite of her self-imposed exile (or perhaps because of it—there is money in being a pseudo-contrarian IDW grifter). She is not a genuine dissident, merely a somewhat disgruntled party member. She has the weight of the Jewish community behind her and will simply land a job at another mainstream publication. Dissident Rightists do not have this luxury.

While mainstream journalists wine and dine with fellow elites and are paid hefty salaries, dissident writers like Greg Johnson and others at Counter-Currents must contend with ostracism, deplatforming, and financial hardship. They could have followed the path of least resistance, but they—like Gareth Jones—instead have chosen to speak the truth. For this, they deserve our utmost admiration and support.

Currently, we are unable to take credit card donations except through a site called Entropy. Entropy is a site that collects “paid chat” or “superchat” donations for livestreamers. But they can take donations any time.

Just go to our Entropy page and select “send paid chat.” Entropy allows you to donate any amount from $3 and up.