Are We Really Heading To A Civil War? 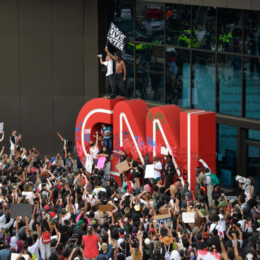 Morris V. de Camp pondered the prospects of Civil War 2.0 in the pages of Counter-Currents this week, comparing our current situation to the tumultuous 1860s. While we’re experiencing high levels of social rancor, there’s little chance it will turn into another Civil War.

Here’s why a civil war is not likely to occur anytime soon.

The Civil War pitted two sections of the country that were clearly divided on the map. Where would that happen in our country today?

Some may see Texas or the South seceding, but those observations ignore how much Texas and southern cities are just like Northern cities. Southern urbanites vote Democrat, support liberal policies, and uphold a cosmopolitan identity. They’re not going to fight and die for their state. Many of them move around the country and don’t even have a loyalty to the city they dwell in, much less their state.

The Civil War South was largely united — with the exception of Appalachia and a few other pockets of Unionism. The few major urban areas fully supported secession, as well as the majority of elites. There is no region in America today with this kind of uniformity to secede and wage war against another part of the country.

The divide in current America is rural vs. urban; not North vs. South or East vs. West. This makes a civil war hard when the sides may exist in the same cul-de-sacs throughout America. Strong regional identities are a typical ingredient in civil wars, and that just doesn’t exist today. A farmer in California has more in common with a mechanic in rural Alabama and the same goes for an accountant in San Francisco and a lawyer in Atlanta. Regional identity, for the most part, doesn’t extend past the local sports team.

There was also a steady buildup of regional secessionist threats before 1861. Some New Englanders wanted to secede during the War of 1812 and this feeling culminated in the notorious Hartford Convention. The South threatened to secede from the Nullification Crisis of 1832 onward. Secession was a popular idea and was rooted in the idea that the states were voluntarily a part of the Union. That idea died with the hundreds of thousands who perished in the Civil War. The states are seen less as their own polities but as components of one single polity.

No Rival Elites or Institutions

The Confederacy was built by existing state governments, led by the region’s prominent pre-war politicians, earned the loyalty of native son military officers, and was supported by nearly all Southern institutions (churches, militias, etc.). The likelihood of these institutions and figures supporting a civil war is close to zero.

State governments depend on federal largesse and don’t want to alienate the urbanites among them, there is no Republican equivalent to a John C. Calhoun paving the way for disunion, and the military and nearly every other institution backs Black Lives Matter. There are no separatist movements within American churches to oppose BLM and Antifa. In the antebellum era, several Protestant denominations were split apart by slavery and many military officers remained fervently loyal to their region. We aren’t seeing anything like that in our day.

The only institutions that seem to side with the Right are rural sheriffs, police unions, and the limp-wristed Republican Party. It’s unlikely this combined force could comprise an effective bloc in a civil war against the combined power of every corporation, every church, the military, the Deep State, and the Democrats.

It would be extremely difficult to assemble a working government and military from scratch. The South built on what it had and was blessed with experienced military officers who could form an army. The American colonies also had these same features during the revolution. The Right doesn’t have any elites or institutions to create a functioning government or military in the time of chaos. The only hope would be for states to secede, which is unlikely.

Some on our side hope for a military coup to restore proper order. It’s laughable to think the American military is capable of a Right-wing coup. During the Floyd unrest, the Pentagon disobeyed President Trump and kept federal troops from riot control. If the military launched a coup, it would be to secure the Left’s interests or keep us in some third world hellhole. It would not be launched to crush Left-wing riots.

These institutions are crucial to leading and organizing people into secession or conflict. The Confederacy would have collapsed instantly without the state governments remaining in place and church leaders and other elites persuading Southerners to accept a new national consciousness. There must be some foundations from which a new state to emerge.

There are examples of victorious sides in civil wars lacking elites from the preexisting order. The Bolsheviks were outsiders who won, yet the country descended into mass slaughter and famine. It’s not particularly appealing for Americans to starve to death so they can get a new government that will still starve them to death.

This is more of a problem for the Right than the Left. The Left is able to unify itself as a nonwhite-based coalition that opposes the historic American. Their identity is pretty clear, but what are they opposed to? The institutions side with them and the American Empire spreads their ideology around the globe. They’re not fighting anyone; they’re exerting their power over the populace.

They have a clear identity — but what about the Right? Some say it’s white identity, yet only a few thousand people would even be alright with associating with that. Support for gun rights is shared by all on the Right, but it’s not an identity to build a country around. Support for Trump? Maybe, but the big guy doesn’t seem capable of serving as a revolutionary hero. Support for the government against the rioters? Not a chance — the government stands with the rioters over ordinary citizens. Regional identities, as emphasized heavily before, aren’t really in play here.

It’s hard to have a civil war if you don’t know what your own side is for. Confederates fought for the South and their home state. The Right will fight for. . . Trump to keep tweeting? There aren’t clear identities here, and politics haven’t polarized enough to where people will fight for “conservatism” or libertarian values.

Over 50 million Americans have filed unemployment claims since March. Our economy is still reeling from coronavirus. Millions of Americans live with student loan debt and other crushing burdens. It’s much harder to reach the American Dream for young people than their parents and grandparents.

Yet, the “Good Life” is still available to them. Americans, particularly white Americans, still believe they can obtain a comfortable middle-class existence with the nice suburban house, two cars, and a summer vacation. They may be upset with the riots and the way the country is headed, but that doesn’t mean they’re going to pick up an AR-15 and demand revolution. The Floyd riots are something away from their cul-de-sac. The effects of the riots may persuade them to avoid downtown and move a bit further away from the city. It’s not going to make them throw away their middle-class existence to join in a bloody and uncertain conflict. They’ll be missing their timeshare as they sit in the trench.

The Left-wing mobs don’t threaten the Good Life for most whites. They cancel those who stand in their way or publicly criticize them, but they’ll leave the ones who kneel or stay silent alone. Whites know they can still enjoy the fruits of bourgeois comfort if they just keep their head down. If they won’t even interrupt their company’s diversity training, they’re not gonna sign up for civil war.

There is one new factor that may make people a bit angrier and restless. America may go without sports and concerts for the rest of the year — possibly even longer. That may make people focus on more of the troubles around them, but it’s more likely they’ll just watch re-runs of the 2011 NFL season and find other diversions.

America is still the most prosperous country in the world. We’re nowhere close to the sufferings of 1789 France, 1917 Russia, or 1932 Germany. The Good Life still reigns supreme for most white Americans.

America will likely see more unrest, more anarcho-tyranny, more anti-white discrimination, more polarization, and more blatant political corruption in the After-Floyd Era. But as long as Americans can live the Good Life, the institutions remain devoted to the present system, and whites only see themselves as individuals, no civil war will erupt.