The Darkening of White Fantasy Literature 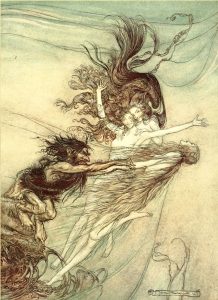 « Freedom is Willing Our Determination