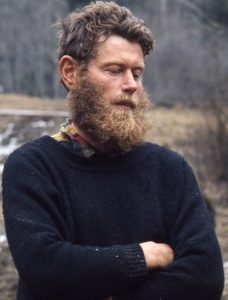 Finnish “eco-fascist” Pentti Linkola turns 87 today. Along with Savitri Devi, Linkola is one of the few figures in the post-War ecological movement to take openly Right-wing positions, rejecting liberal egalitarianism and democracy and advocating eugenics.

To learn more about Linkola’s life, work, and relevance to the New Right, I recommend you read his book Can Life Prevail? A Radical Approach to the Environmental Crisis, trans. Eetu Rautio and Olli S. (Integral Tradition Publishing, 2009).

I also recommend the following works on this site: