The Real Story of the Oberlin Shoplifters:
Who are Jonathan Aladin, Endia Lawrence, & Cecelia Whettstone? 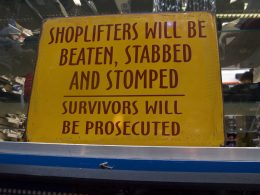 By now, we’re all familiar with the incredible victory of Gibson’s Bakery in their libel lawsuit against Oberlin College and its Dean of Students, Meredith Raimondo. Lost in all the particulars of the case has been any real discussion of the black affirmative action Oberlin students who tried to purchase wine with fake IDs and then shoplifted the wine after viciously beating one of the establishment’s owners. Their names are Jonathan Aladin, Endia Lawrence, and Cecelia Whettstone. These names need to be remembered, and the illegal and immoral actions that they committed need to follow them for the rest of their lives.

An examination of publicly-available information reveals that these three individuals are hardly the “victims” of white patriarchy or systemic white racism, as the SJW lunatics at Oberlin College would have us believe. I want to reiterate that there is no doxxing going on here. All of this information is easily available online, and would already be known if there was any vestige of traditional journalism still functioning.

Let’s start with Mr. Aladin. According to the Lorain County Clerk of Courts, Case No. 17CR096081, Jonathan Aladin’s home address is 54 Jacob Court, Ewing, New Jersey, 08628. According to Wikipedia, as of 2010, the median family income of Ewing residents was $86,875. According to the US Census Bureau, the median family income in 2017 in Oberlin was $51,117. So in economic terms, Mr. Aladin comes from an area that is financially much better off than Oberlin. And Mr. Aladin was so oppressed that he had to flee from New Jersey to escape the evil clutches of systemic white racism. Yes, Mr. Aladin was so oppressed that he had to seek matriculation at Phillips Andover, where he graduated in 2015. The current tuition at Phillips Andover is $57,800 a year for boarding students. Now, $57,800 is $6,683 more than the average family income in Oberlin, Ohio. So it appears that financial exigencies had little to do with Mr. Aladin’s shoplifting of two bottles of wine from Gibson’s Bakery. I wonder how many oppressed persons can afford yearly high school tuition of $57,800, or college tuition of $73,000, as is the case at Oberlin? If that’s the case, I’d sure like to be the recipient of some of that oppression. It also raises the question of whether the hardworking Gibson family can afford to send their children to Phillips Andover or Oberlin College, especially during the two years that the Gibsons did not take salaries from their own business just to keep it afloat because of the financial problems caused by Oberlin College’s libel campaign.

I think it should also be mentioned that Mr. Aladin was represented at his shoplifting trial by Robert Beck, Jr., Esq. of 14 South High Street in New Albany, Ohio, 43054. New Albany, Ohio is one of the wealthiest communities in the country, and is the home of billionaire Leslie Wexner. According to Wikipedia, in 2000, New Albany had a median family income of $119,171. Everyone has a right to legal counsel, and Mr. Aladin’s selection of Attorney Beck was no doubt a wise decision. But the accepted narrative on “oppressed persons of color” such as Mr. Aladin is that they can only afford overworked, underpaid, and outclassed public defenders. Well, it seems that Mr. Aladin was somehow able to scrape together enough money to be defended by a competent lawyer who had to drive several hours just to get to the court in Elyria. That must have been a hefty legal bill. You have to wonder if Mr. Aladin made use of the contacts he made at Phillips Andover, you know, while he was being oppressed there. 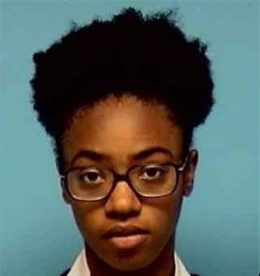 Let’s go now to Endia Lawrence. According to the Lorain County Clerk of Courts, Case No. 17CR096083, Ms. Lawrence’s home address is 4512 South King Drive, Chicago, Illinois, 60653. This is in the Bronzeville section of Chicago. It has been home to the black upper class in Chicago ever since the Great Migration north during 1910-1920. It’s not New Albany, Ohio, but it is certainly better than the area of south Chicago that begins around Hyde Park and the University of Chicago. According to Trulia, this neighborhood has a low crime rate compared to Cook County as a whole, and the median price of a home in the neighborhood is $262,000. So Ms. Lawrence is not from “da hood.” It sounds as though she is from an area that is experiencing a renaissance of sorts; but of course, she was probably confronted by white, yuppie-type new property owners who keep up their homes and add value to the area. That’s probably where her oppression comes from.

But it gets worse for Ms. Lawrence. She was so oppressed that she was forced to attend Josephinium Academy, an elite all-girls private Catholic high school in the trendy Wicker Park section of Chicago. According to its Website, the Josephinium Academy charges $9,250 a year for tuition. That’s not Phillips Andover level, but it’s also not chump change. One expects that at a Catholic high school, one would be taught Catholic moral precepts. Sure, there have been a lot of changes in Catholic theology since Vatican II, but a perusal of my copy of the Catholic Douay-Rheims version of the Holy Bible, translated from the Vulgate in 1582 and published by Saint Benedict Press in 2009, reveals that in Exodus 20:15-17, the text plainly states:

It doesn’t appear that the $35,000 or more that it cost to educate Ms. Lawrence at Josephinium Academy bought much in the way of Catholic moral teachings. I mean, you’d think that for that amount of money, you could at least learn the difference between right and wrong. I don’t have any documentation to support this, but I have the feeling that the Gibsons haven’t spent $9,250 a year to educate any of their children, and yet I bet if you accidentally dropped your wallet in their store, they’d be sure to return it to you without anything missing. It’s interesting how all of these white Midwestern rubes are able to learn basic morality without spending a lot of money. I guess it must be that white privilege kicking in again. 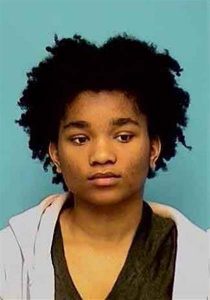 Let’s go now to Cecelia Whettstone. Her court records aren’t available online at the Lorain County Clerk of Court’s Website. It may be that Ms. Whettstone’s records have already been expunged by the court. Ms. Whettstone, however, is a resident of the Washington, DC area, and graduated from Woodrow Wilson High School, one of the better public schools in the Washington metro area. In 2015, Ms. Whettstone won a $10,000 Sidley Austin LLP and the Sidley Austin Foundation Scholarship, which is funded by a legal firm. I guess that was good thinking on the company’s part, since it appears that a lot of that $10,000 was returned to the legal community via Whettstone’s payments to her criminal lawyers. Her scholarship bio reads in part:

She [Whettstone] is also the youngest intern at Running Start, a non-profit, non-partisan organization dedicated to training young women to run for elected offices. In the fall, she will attend Oberlin College, pursing a double major in English and Anthropology.

With her criminal record, it appears that Ms. Whettstone is well on her way to becoming a good, solid black politician. She’d be a shoo-in to become Mayor of Baltimore.

While Meredith Raimondo has gone on record as saying that she doesn’t like lawyers at college disciplinary hearings because it turns things into, you know, something like a legal proceeding, with all that icky due process stuff. Instead, she wants legal proceedings to be learning experiences. Well, it doesn’t seem that Ms. Whettstone learned much, because, according to the Website of the Oberlin Municipal Court, on July 7, 2017, Ms. Whettstone was arrested for driving without a license. She pleaded no contest and had to pay a fine and court costs of $260. The arresting officer was Michael Kastanis. His is probably a white name, and the arrest, no doubt, was a result of systemic white racism, because as we all know, there has never, ever been a white person charged with driving without a driver’s license. Besides, rules, licenses, laws, logic, standards, morality, you name it – these are all white, patriarchal “concepts” designed to harm “black bodies” and decrease their ability to “negotiate” a “safe space” in a “racist” society. No wonder Whettstone felt compelled to shoplift and physically assault a shop owner.

The cliché of any black criminal being described as an “honor student and aspiring rapper” even applies in Ms. Whettstone’s case. A 2014 YouTube video reveals that Whettstone is another affirmative action black with delusions that her melanin content somehow induces musical ability. Like the joke goes, “Don’t quit your day job.” However, in Ms. Whettstone’s case, there may not be a day job to quit, since it is unlikely that an Oberlin grad with majors in English and Anthropology has much in the way of marketable skills, except for shoplifting and playing the race card after she’s been caught.

There it is. These are the “outstanding young leaders” that Oberlin College thought were worth $44 million. When you add up all of the private school tuition and other freebies that these affirmative action blacks have received through the years, you can see that the cost of diversity isn’t imaginary. It’s real and it has a staggering dollar amount attached to it. Think of all the damage that was done to the Gibson family. Think of all the millions of dollars that have been wasted on just three affirmative action blacks. And then multiply that by a thousand – or a million. Think of all the money that has not been spent on worthy white students, and then get mad. Very mad.

« The High Holy Month of Pride

» Knut Hamsun Against the Socialists