Sweden may ban the runes to curb racism.

Justice Minister Morgan Johansson is investigating the proposal to see if the ban would stifle “incitement of ethnic hatred.” Along with the runes, several other Norse pagan symbols could be banned under the proposal, such as Mjolnir (Thor’s Hammer) and the Valknut. The move is clearly directed at the Nordic Resistance Movement, which uses a tiwaz rune as its logo, and other White Nationalists.

Naturally, many Swedes are upset at the proposal. “Our attitude is that prejudices and misunderstandings are best cured with knowledge and facts. It is not okay to try and replace the meaning of our symbols with one’s own prejudices or political meaning they completely lack. Banning them would wipe out a part of our own history, culture and beliefs — and our freedom of expression because of political interpretations that do not belong in the Asa community,” the Nordic Asa-Community, a folkish pagan group, said in a statement.

Alternative for Sweden politician Jeff Ahl has pledged to wear a Mjolnir in protest of the proposal. “Our government advocates multiculturalism, but we are not entitled to have a culture of our own. What the government is now doing is trying to censor our own cultural heritage and erase our roots,” Ahl tweeted.

The move, if implemented, would censor many things in Sweden. Many heavy metal albums, especially ones by Swedish bands such as Amon Amarth and Bathory, would probably be banned. Landmarks such as the numerous runestones would be covered up. History books would come with warnings about the dangerous language of Swedish ancestors.

The proposal is an obvious attempt to criminalize Swedish heritage. Pre-modern Swedes would effectively be deemed proto-Nazis and their language and religion would be hate crimes. It would be akin to Italy prohibiting Latin and Roman symbols.

Swedes would have to stick to their modern language and symbols — no more looking to the distant past. Nationalists could still wave the Swedish flag and other patriotic icons, but the government would feel more empowered to take those away as well.

The proposal is an idea only occupiers of a hostile native population would envy. 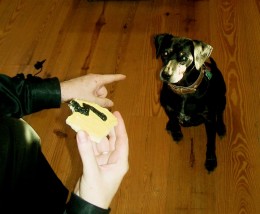 It’s doubtful it would be enacted in the broad manner it initially appears, or even at all. The Swedish government is (hopefully) not dumb enough to censor wide swaths of media and entertainment just to hurt the Nordic Resistance Movement. If the proposal ever came up, universalist Asatru would insist their symbols are for everyone and point to non-white heathens as proof. The tourist industry would worry Viking-curious visitors may be turned away if they’re told their interests are now classified as hate symbols.

It’s just too broad and extreme for the soft totalitarianism of western governments. The more likely ban would be limited to “hate groups” that display the runes. The Nordic Resistance Movement would be barred from using the tiwaz rune. It’s likely that folkish pagan groups would also lose their ability to display the runes if they were deemed “racist” by the government. The same would go for politically incorrect heavy metal bands.

The runes would only be allowed for groups and individuals that agree with the progressive Zeitgeist. A rainbow-colored Futhark would be approved, but not one that celebrates Nordic heritage. A black man could show off his Valknut tattoo, but not a Swedish patriot. The runes would only be tolerated if they subvert traditional Swedish culture.

The primary motivation for the proposal is to strip White Nationalists of any symbols they may use. Some right-wing Catholics half-jokingly applauded the idea as a way to own the pagans. “Yes, pagan symbols *are* hate speech. The Nordic Model wins again,” Harvard law professor and integralist Adrian Vermeule cheekily tweeted.

Their error lies in the fact that secular western governments could eye banning Christian symbols if they were favored by designated hate groups. Anything that reminds immigrants of a homogenous white country requires elimination — Christianity won’t go unharmed in the process. New Zealand recently dropped mention of Jesus Christ from its parliamentary prayer. It’s no mystery why the liberal government would do such a thing.

Christians who celebrate such a proposal provide fuel for the fire that will consume their own traditions and symbols. Any Christian who thinks the real threat to his faith is pagans is an idiot. Then again, it’s easier to retain a prestigious university job if you rail against pagans and instead of certain other religious minorities.

Regardless of your religious views, the proposed rune ban is an attack on European heritage. Plain and simple. Anything that may rally Europeans against their dispossession is cause for censure. Even our own history, no matter how old, must be regulated and silenced. The ban on symbols with which our ancestors communicated and illustrated their world is a significant escalation.

The other alternative to censorship is to reshape how we see the Vikings and make them conform to contemporary dogmas. “[Vikings] were not homogeneous seafarers as is often imagined; they were multicultural and multiracial,” Brandeis professor Dorothy Kim wrote in a Time op-ed last month. The professor refused to even concede the Vikings were primarily Scandinavian.

Kim encouraged mass media to hammer home this vision with popular entertainment. She particularly liked how a Maori director subverted Thor in Thor: Ragnarok. She argued Mjolnir’s destruction in the film offered “a multiracial and postcolonial counternarrative to the white Viking narrative circulating through the alt-right digital ecosystem.”

Rather than erase Norse symbols and culture from the public, Kim wants them redefined into multicultural symbols. The Vikings were not blonde-haired, blue-eyed warriors you’d see in 19th-century artwork. They were diverse and multiracial . . . because they had Irish slaves!

It’s all very silly, but subverting the Vikings to embody progressive values is a more likely scenario than censorship. The Northmen are too popular in our culture to ban. The romantic raiders continue to capture the imagination and inspire popular culture. Vikings is a hit TV show, and Thor is one of the main draws of the Marvel cinematic universe. It would be hard for any country to ban Viking culture. Parents would indeed be livid if Thor action figures were taken off the market.

Instead of a ban, Sweden will likely “educate” its citizens on how multicultural the Vikings were. Swedes will be treated to state programming that shows black and Arab Vikings casting the runes to praise Allah and respect multiple gender identities. (Academics already try to claim there were plenty of Muslim Vikings, so that part is not much of a stretch.) This may be the only acceptable way to portray the Norsemen. Any other way would feed the “alt-right digital ecosystem.”

The proposed rune ban is part of a larger project to not allow whites to have any symbols of their own. Many academics want the entire Middle Ages to be off-limits to nationalist enthusiasm. Like the Vikings, medieval Europeans were also allegedly multicultural and multiracial . . . somehow. The same goes for the Founding Fathers (who were all white men), the American military in every war (which was overwhelmingly white), and the space program (which was almost entirely white). Nothing great or cool can be left to whites. Respectable historians seek to find the hidden, non-white figures in every western achievement and elevate them to the most important part of the story. The new multiracial West demands these stories to reinforce its worldview and deny whites their birthright.

When revisionism isn’t appropriate, prohibition becomes the favored option. This is reserved for elements of white heritage that show how evil we are. The establishment needs historical villains; Confederate soldiers and other historical baddies serve this role.

Vikings are too well-liked to become villains — for better and for worse.

The runes are a foundational part of the Germanic people and are something that is unique to them. Contrary to universalist Asatru wishes, no other people can claim the runes as theirs. That’s why our current elites are threatened by it. Collin Cleary says the runes articulated the “nature of reality” for the ancient Germans. Without the runes, we could never connect with those roots and grasp that ancestral reality.

That’s the true purpose of a rune ban.

» Morrissey Strikes Back:
The Pin is Mightier than the Sword