No Goal More Noble:
Thoughts for the New Year 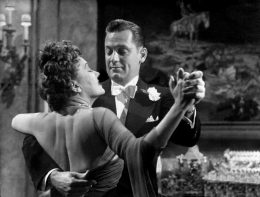 Maybe I am fooling myself when I do this, but whenever I feel myself losing all hope, I ease up a bit and start hoping again.

This could be the religion instinct kicking in; or perhaps I’d just rather not contemplate the kind of person I would turn into if I accepted a world without hope. I have a career, a family, responsibilities, and far more yard work than is one man’s fair lot. It’s a great life—the kind of life that my ancestors would have wished for me. In a sense, I have vindicated their hopes by taking advantage of the breathtaking array of resources available today, by working hard and becoming what can objectively be called a success. Obliterating all hope regarding the crisis facing the white race today and growing bitter and jaundiced as a result would jeopardize all that I have accomplished; it would make me less of a father, husband, and breadwinner. People count on me to be these things, and I have a good reputation among my family, friends, and neighbors. I can’t just throw it all away because I don’t live solely for myself.

So even if it is justifiable to abandon all hope, I don’t. Yes, I want what’s best for whites. But I also need what’s best for me and mine. And that means maintaining hope and enjoying many aspects of life beyond White Nationalism—being of good cheer, as Greg Johnson urges us. Perhaps if I get doxxed one day and lose everything I could harden myself into a single-minded radical like Lenin, throwing all of my efforts into a cause which may or may not succeed. But I know my limitations. I know I wouldn’t make a very good public dissident—I lack the charisma and self-control. People on the Right often ridicule certain Alt Right figureheads for their blunders, but I generally refrain from that. Quite frankly, I’m afraid that if I were in the position of a figurehead, I would make quite a few blunders as well.

Flannery O’Connor was once asked why she wrote for a living. She responded, “Because I am good at it.” Now, that’s a hell of a thing to admit in print, since it’s really up to the reader to decide how good a writer is. I admire O’Connor for her candor and agree with her self-assessment, of course. But in my case such a question makes me consider my reasons for writing beyond any personal satisfaction I derive from it. With the coming of the New Year—and following behind, the fateful day when whites lose their majority in the United States and elsewhere—I challenge myself to justify my efforts when I fully concede that my sense of hope  is self-serving and possibly illusory.

If I had to distill it all into one sentence, it would be this: by articulating what I see as the crisis facing whites today, I hope to extend a lifeline to whites of the future.

What we know today—and what our descendants will know tomorrow—is that nearly all safeguards protecting white posterity have been destroyed. Our enemies have done this to us, and, in our weakness and myopia, we have done this to ourselves. It’s sad to witness an otherwise productive and responsible white person who has white children actually embracing his own demographic demise—as if other races celebrate universal humanity the way many foolish white people do. At one point, it was merely impolite to say pro-white things. Now, it is career poison. Soon, within most of our lifetimes, it will become illegal—grounds for fines, incarceration, or worse. This is the world we are leaving our children and grandchildren; and it is with these children and grandchildren that I desperately wish to communicate when I write.

If I could open a window to the future, I would tell them this:

There is a community, a body of literature, and an entire glorious civilization preceding you and waiting for you. There are modes of thought and fully-formed philosophies that have been buried by history which you can exhume, dust off, and read aloud once again. Most white people today, out of sheer habit, have inherited their parents’ and grandparents’ complacent understanding that it is a white world, governed and populated mostly by whites—that no matter what personal failings and sins we commit, we can always count on wise, intelligent people in positions of power who can make things right or mitigate damage. Greatness, therefore, will always be within our grasp as a people. Pax Caucasica, if you will.

This era will be over by the time you read this. The world you have inherited is a post-Caucasian one—one in which non-whites from the Third World masquerade as white but pursue their own self-centered agendas. These are unenlightened people, people who show one face to God and another to their own kind, and yet another to everyone else. These people fail to understand what made white civilization great to begin with: that we show the same face to God (or Truth) that we show to ourselves and everyone else. This is the honorable way to live. This is the mode of thought that led to humanity’s greatest accomplishments in science, technology, art, and statesmanship. This is why black and brown people flood the shores of white nations. They wish to partake in all that is good about white people while in large part lacking the genetic predisposition to propagate these good things. Further, in their arrogance, they have come to believe that they do not need white people at all. They have the characteristic gall to hold white people—objectively speaking, their greatest benefactors—to moral standards higher than the ones to which they hold themselves.

Over time, this has caused the decline of white civilization and the open oppression of white people. It began as rot in my lifetime and has degenerated into a lethal disease in yours.

But it does not have to be this way.

You may not have been able to witness anything other than this precipitous decline, but I have. I personally remember white civilization when it was still great. I remember my parents and grandparents, who could not have imagined it any other way. That’s how great we once were.

Because greatness has been achieved in the past, we must never lose hope that it can be achieved again. Work hard. Live honorably. Develop skills that will make you indispensable to your families, communities, and professions. Do great things. To quote the ever-quotable Millennial Woes, “Make your ancestors proud and your descendants humble.” But most of all, have faith in yourselves as individuals and as members of a great race. It has fallen on you to ensure that our race survives and prospers.

There can be no goal more noble. Love your race. Defend it. Fight for it. It’s yours. Ultimately, it is all we have.

» Guide to Kulchur
Understanding the Ukrainian Crisis, Part I