The Death of the Tactile World 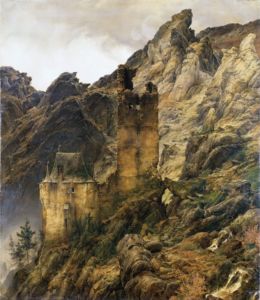 Many theories have been posited as to the cause of the decline of the Western world, from demographic disaster and dysgenics to spiritual malaise and the death of Christianity. Yet, while these phenomena are symptoms of our collapsing societies, they do not fully explain why we have embarked on our wholesale self-destruction. Could it be that we have let our world descend into rack and ruin because we simply do not live there anymore? For the vast majority of the developed world, cyberspace has supplanted reality. The metaverse is not a dystopian corporate dream but in fact already a daily lived reality — one more powerful than the physical, tactile world we inhabit. Our Twitter feed, our Instagram followers, our bespoke media bubble, and big-business algorithms are the dominant pillars of the modern psyche.

The observation that the Internet has fueled political polarization is not a novel one, and it is easy to chart the acceleration of societal fragmentation in tandem with the rise of the smartphone and the app economy. We are engaged in an unprecedented psycho-technological experiment, with the levers of control firmly in the hands of a small and unaccountable digital elite. They have perfected the art of manipulating human emotions, presenting the atypical as typical, magnifying outrage when needed, and minimizing it when inconvenient. They have succeeded in quite literally rewiring the human brain, turning us into dopamine addicts. It is now being observed that IQ is declining because attention spans have been so severely impaired by the ever more sensational demands for our fleeting attention in cyberspace. Each iteration of the digital experiment has distilled the essence of manipulation into a finer and finer art. We have been seduced into abandoning the real world for the pleasures of the simulated one.

It is hard to overstate the magnitude of this transformation not only on political discourse, but on society as a whole. Our lives have taken on a hollow, performative aspect as we do things not for ourselves, but to document them for others. Undoubtedly, the rise of China and its flood of cheap plastic products is in part due to the fact we no longer care about the quality of the things we own in the real world; they serve only as utilitarian ends to allow us to get back online. We are now spending more time alone than ever, living vicariously through parasocial relationships with our favorite streamers, podcasters, and content creators. Even when we are not alone technology has provided ample opportunities for us to atomize ourselves. When we travel on crowded public transport populated by alien and dysfunctional people, we can simply put our Air Pods in to ignore this inconvenient truth.

The end result of this constant diet of media consumption is mass passivity. We no longer live in the society of the spectacle because there is no coherent external society to identify with anymore. We live a totally atomized experience in which the only choice we are granted is to select the next media hit we will consume from an ever-changing smorgasbord of Netflix shows, microtransaction-riddled video games, vacuous YouTube and Facebook videos, and OnlyFans pornography. All anti-system political ideologies have been neutered by this process that replaces action with infotainment, while the new puppet masters of Plato’s cave hide our activities from the public via algorithmic manipulation.

Both mainstream and dissident commentators have largely failed to conceptualize this total sea change in the human experience, and have no viable response to it. Crude primitivist critiques which implore that we should do away with technology and return to a purer state of nature will ultimately find no purchase. No technological innovation, once unleashed, has ever been willingly relinquished in human history; the genie will not be put back into the bottle. The traditionalist gurus who advocated total disengagement and a retreat to the land largely just ended up tweeting their nostrums with slower Internet connections.

In any case, we are not fundamentally engaged in a battle with technology itself. Though the wisdom of a total reliance on devices dependent on rare-earth minerals and increasingly scare semiconductors may be questioned, technology in itself is value-neutral. It is the use it is put to that is paramount. We are ultimately involved in a struggle for the direction of our collective imagination, and this battle is not new, but in fact a perennial one. 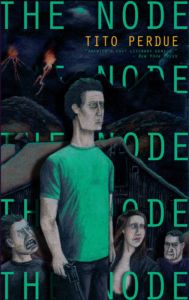 You can buy Tito Perdue’s novel The Node, here.

Humans have always created other realms for hopes and dreams that manifest themselves only partially in the real and physical world. When an illiterate medieval peasant gazed upon a stained-glass cathedral window, he was transported to another, divine plane beyond the strictly temporal. For much of human history, novels and letters served to externalize our waking dreams — to birth a collective consciousness that could persist beyond the span of a human life. Before the advent of the Internet, cinema and television served the function of creating this other world which does not at all reflect reality but instead creates an alternative one which informs the physical world.

Yet, all these technologies have suffered the same fate: to become corrupted and rendered ultimately spiritually sickening by the ruthless application of liberal and egalitarian values. When a technology has intellectual, ethnic, and economic barriers to its use, it is a spiritually vitalizing force. Writing bolstered us when it was the preserve of the learned class, the tool of monks and philosophers. In its infancy, television was predicated on the belief that it could be used to elevate the masses through documentaries and informed discussions. It is not accidental that the first blockbuster movie, The Birth of a Nation, was a race-affirming, inegalitarian exhortation. The early Internet was the preserve of economic and intellectual elites, the finest Western minds of the time. There was a meritocracy in its limited usership, who were driven to push the technology to expand our consciousness and realize our dreams.

Paradoxically, when technologies are democratized they necessarily become less free and are determined by the worst rather than the best elements of society. It is not the case therefore that the Internet has ruined society, but rather that liberal egalitarianism has destroyed the Internet, in the same fashion as it polluted and ultimately destroyed our connection to the tactile world. The Internet was created as an escape pod, a promise of unfettered communication and communal dreaming for those disaffected by our already collapsing real world. Our white flight to cyberspace has now, sadly, come to an end as the third-worlding of the Internet takes place, presided over by megacorporations hell-bent on monetizing, censoring, and narrative control.

Our response to this must be two-fold. Firstly, we must reengage with the tactile world and break free of the pernicious and all-consuming hypnosis of an alien-controlled Internet. We must take ownership of our own lives and reimbue ourselves with a Heideggerian sense of authenticity, no longer performatively living for others but living purely for ourselves and our people. At the present time, doing things in the real world is a revolutionary act. But it is unrealistic to expect that we will simply unplug ourselves from the digital matrix completely, especially as more and more of the real world’s functions are being centralized there. We must then instead change our approach to the digital second world.

Despite all its corruptions and flaws, the Internet still provides us with an incredible opportunity to network with the best of our people. We must reach out to other like-minded individuals and continue to keep the dream of our people alive. Together, we can stoke our Faustian imaginations and keep them burning bright, working towards the next great technological innovation that will enable yet bigger dreams for us. This time, we must safeguard it against the encroachment of egalitarianism and debasing liberalization. We must work together to imagine a future for us, by us, and which complements rather than replaces our natural, tactile world.

« Is the British Monarchy Obsolete?

» Counter-Currents Radio Podcast No. 487 New Ask Me Anything with Greg Johnson