Witches & the Decline of the West 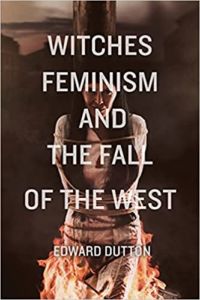 Are you tired of witches organizing to try to burn you at the stake, rather than the other way around? I know I am. Edward Dutton, a British-born professor of evolutionary psychology, explains in a new book what witches represented historically and how the same type of people came to be dominant in contemporary society.

« What is the New World Order? Part 3