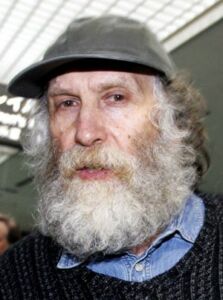 In 1992, former world champion chess player Bobby Fischer became a criminal. An American citizen, he violated US economic sanctions against the then-nation of Yugoslavia by playing a rematch there against his old rival, Boris Spassky. In a press conference before the match, he spat on the letter from the US government which demanded he not participate. Despite twenty years of inactivity, he won the match 10 games to 4, earned $3.5 million, and in typical Fischer fashion, declared that he had successfully defended the title which he had in fact vacated in 1975. After this, he became a fugitive in Eastern Europe, knowing that he would be arrested if he ever were to return to the United States.

People — especially chess people — try to remember Fischer fondly today. After he died in 2008, most would prefer to praise his unparalleled chess genius and fighting spirit over the board and forget that he was also a hateful, self-centered, erratic, megalomaniacal kook — especially when the microphones were turned on him. In his later life he just could not stop ranting about the Jews; yes, it is important to have realistic and critical attitudes towards Jews, but anyone reading some of the unhinged things Fischer had to say about them would realize that something was wrong with his mind. Furthermore, when it was revealed in 2002 that physicist Paul Nemenyi was his true father, Fischer was 100% Jewish himself.[1]

For the rest of the 1990s, he lived in Budapest, Hungary, and later spent his time traveling between Japan, where he would enjoy a stable domestic life with his wife, Miyoko Watai, and the Philippines, where he visited his various girlfriends and a young girl who may have been his biological daughter.

Perhaps Fischer was happy during this time. He was able to avoid the spotlight and journalists — except on his terms. His terms were limited to radio interviews in which he would rant about whatever he wanted. He gave about 35 of them in the late 1990s and early 2000s, mostly to a small station in the Philippines, and he didn’t want to talk so much about chess. Instead, he focused mostly on how much he hated the United States, the Jews, the Russians, and how all three were conspiring against him.

This flew under most people’s radar until September 11, 2001. On the day of the attacks, Fischer was invited onto Filipino radio for an interview, and here’s some of what he had to say:

Yes, well, this is all wonderful news. It’s time for the fucking US to get their heads kicked in. It’s time to finish off the US once and for all.

The United States is based on lies. It’s based on theft. Look at all I have done for the US. Nobody has single-handedly done more for the US than me. I really believe this. You know, when I won the World Championship in 1972, the United States had an image of a football country, a baseball country, but nobody thought of it as an intellectual country. I turned that all around single-handedly, right?

But I’m hoping for a Seven Days in May scenario, where sane people will take over the US. . . . Sane people, military people. Yes. They will imprison the Jews, they will execute several hundred thousand of them at least.

The twentieth anniversary of the 9/11 attacks got me to start thinking about Fischer again. At the time, I was appalled at him, of course, but knew not to take him seriously. He was clearly unable to control himself when certain topics were brought up. There was no order to his thinking — such as it was — and he seemed motivated more by personal anger and paranoid resentment than anything else.

However, 20 years on, I now find myself inching closer to Fischer’s position, if you can even call it that. For an analogy, the difference between Fischer and me on the topic of 9/11 can be measured in hundreds of yards, and now I am perhaps 20 or 30 inches closer to Fischer than I was in 2001. Of course, I am leaving aside his insane talk of mass imprisonment and murder of Jews, and focusing only on his obscene schadenfreude upon learning that 3,000 Americans had just been killed in an Islamic attack.

If there were another 9/11 attack today, would I share even a scintilla of Fischer’s schadenfreude?

So much has changed since September 11, 2001. I no longer view the United States as my country. It’s just a place where I live, make money, and bide time with my friends and family until the day the country splits apart like it needs to. Non-white immigration has never stopped, and now many non-whites are asserting themselves in a hostile, anti-white manner in our government and in our culture — as is the hard Left. They indulge or ignore their paramilitary wings in Antifa and BLM, which rampaged nearly unimpeded throughout the summer of 2020. They are hopelessly corrupt. They actively work to curtail my interests as a white person to the point of making being pro-white practically a criminal act. They also stole the 2020 election.

I witnessed firsthand the jubilation in New York City when Joe Biden was declared the winner by the partisan media. Hundreds, thousands were cheering in the streets. None of these people cared about the extremely dubious circumstances under which Biden’s victory was achieved. The fact is that they would prefer outright Bolshevism to Donald Trump, tepid avatar of white interests that he is. And by their actions, we know they approve of breaking laws and committing acts of violence and terror to achieve this end.

And they say Bobby Fischer was insane.

If another 9/11 were to occur at the World Trade Center or some other point in a densely-populated blue-state metropolis, I would be worried about the geopolitical ramifications and sad about the dead –but much more the former than the latter. Too much has happened just in the past year-and-a-half for me to forgive. My heart has hardened. I can’t help it. If you live in a blue city and support the outright theft of the 2020 election and the anti-white Bolshevism that is taking over the West, I would feel very little if a handful of crazed jihadists incinerated you. God knows, I don’t want that to happen. I would like a peaceful divorce from you people. But under no circumstances will I take it personally if your blue city undergoes another terrorist attack, and under no circumstances would I support a subsequent war on the United States’ behalf.

Callous? I seem to remember Academy Award winner Michael Moore saying on the day after 9/11 (emphasis in the original):

Many families have been devastated tonight. This is just not right. They did not deserve to die. If someone did this to get back at Bush, then they did so by killing thousands of people who did not vote for him. Boston, New York, DC, and the planes’ destination of California –these were the places that voted against Bush.[3]

Get that? The victims of 9/11 did not deserve to die because they voted against George W. Bush in 2000 — before any boots-on-the-ground war had begun in Iraq and Afghanistan. Had Osama bin Laden (or whatever Truther individual or organization you subscribe to) targeted prominent red-state areas for their jihad, then, according to Moore, the victims would have deserved it.

I don’t think that anti-white, Biden-supporting Bolsheviks in New York City deserve to die. But if another 9/11 happens in the same way the first one did, then I would probably think about Bobby Fischer and reflect sadly over how I have become just a little bit more like him.

« “A Kinges Ransoume” for a “Croune of Paper”: Charisma in Pre-Modern Europe, Part III