You Must Be Joking 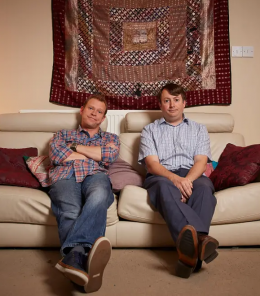 When I first said I wanted to be a comedian, everyone laughed. Well, they’re not laughing now.

If you and your friends were to have a séance, and you channeled the spirit of George Orwell, the greatest Englishman never to appear on a banknote would use the glass to tap out the following: stop quoting 1984. His shade would be as right in death as he was in life.

We’ve read it now, we’re living it, we get it. Actually, when last I read it (the fourth time) I read it as a love story, and I can’t think of another more heartbreaking. But we need a new go-to novel for what is happening in the UK just now, and there can be only one contender; Milan Kundera’s The Joke.

In the Czech author’s first novel, published in 1967, a man makes a casual joke concerning Marxism and Trotsky on a postcard to a friend, and ends up not quite in the gulag — as Solzhenitsyn did for a similar postal wisecrack about Stalin — but in the mines, having been forcibly drafted into the military as punishment for his humorous quip. The girl he loved, the recipient of the postcard, reported him.

As we all know, the Left are simply not funny people, and so humor is a threat to them. Same with Islam, which is one reason the Left and the Mohammedans make such natural allies. It is almost impossible not to laugh — like Monty Python’s Roman centurions — when Iranian super-beard Ayatollah Khomeini intones, “There are no jokes in Islam.” Ooh, I wouldn’t go that far, mate. Have you seen what you’re wearing on your head?

I watched 20 minutes of a BBC comedy show the other day on YouTube. As Joe Pesci famously said in Goodfellas, funny how? I won’t link to it because I don’t want you to have to go down to the garage and dust off the 30-ought-six and blow your brains out. But I went at it open-mindedly, as I am English, from a land of possibly the best comedy ever.

Full declaration: I am not calling America unfunny. That’s Germany’s job, like high-performance motor cars. Lenny Bruce is my comic hero, and you have or had Dangerfield, Rickles, Hope, Hicks, Martin (in the day), Stephen Wright, Brian Stelter, and the rest. But England was just an amusing place to grow up in partly because of its cultural tradition of stupid jokes. England is the land of Monty Python, Peter Cook, The Goons, Morecambe and Wise, Rik Mayall, Ronnie Barker, Blackadder, Chris Morris, Peep Show. The English are stoically and surreally funny people. I always imagine Captain Edward Smith, as the Titanic slipped beneath the cold waves and he finished his Scotch, saying to the first mate, “Here, have you heard the one about. . .”

We are all aware that the first casualty of war is truth, but the second infantryman to be gunned down in the culture war is humor. The BBC show I saw was pure anti-white propaganda of which Goebbels would have thoroughly approved, and not just because it wasn’t funny and Germans are by nature an unfunny people. This is evinced, incidentally, by the fact that although it is their New Year’s Eve tradition to watch a comedy show on TV, that show is Dinner for One (aka The 90th Birthday) a knockabout — and very funny — black-and-white comedy from 1962 and featuring English music-hall comedians Freddie Frinton and May Warden. Other than that, and trust me on this, the German Book of Humor is as slim a volume as The French Book of War Heroes.

Now, just as J. G. Ballard once said that one day all of Europe would look like a suburb of Bonn, so too Western humor is being reduced to the unfunniest joke you ever heard.

Mr. Miller has become somewhat famous in Blighty for a joke. He retweeted some gags about transgender folk, and asked who won some men’s Olympics race in 1976 (the answer being Bruce Jenner) in a humorous context, and the police in the UK immediately ceased their relentless pursuit of Muslim rape gangs in the north of England (that is a joke, by the way, although not for the girls involved) and called Harry’s abode. What happened next is funny but, as my father (the funniest man I ever met) used to say, funny peculiar, not funny ha-ha.

The officer who interviewed Harry Miller was a Police Constable (PC) Gul. This is the relevant snippet from Mr. Miller’s own website, Fair Cop:

Harry Miller: Were any of the Tweets criminal?

Harry Miller: Then why are you ringing me?

PC Gul: I need to check your thinking.

While I let that phrase sink in with you, a humorous aside. PC Gul, at one point in the interview, explains transgenderism. Sometimes, he says, the wrong gender gets mixed up with a foetus in the womb, so a boy could be born a girl and vice versa. PC Gul knew this, he said, “because I’ve been on a course.”

Now, before I got my lifetime ban from Twitter (for another joke), I posted this response, with an accompanying joke of my own, and an Australian journalist (whom I won’t shame by naming her) found mine so funny she stole it from me and used it in an article in the Australian Spectator. I confronted her with the chuckle-theft (technical term), and although she admitted it, as women sometimes do, she didn’t apologize, as women never will. As ransom, I demanded she give me a personal — well, by email — introduction to the editor. The bastard still didn’t publish me.

Anyway, the gag was this: “Did you know that ants are not really creatures but tiny little robots? I know. I’ve been on a course.”

Now, it’s not a rib-tickler, but the point is that in WokeWorld you can state any cockamamy horseshit proposition — it is not possible to be racist against whites, for example — and back up its veracity by saying you’ve been on a course. And that is really not funny. That is way more serious than 1984, which also, like Islam, features no jokes outside of the author’s natural dry humor. I love Orwell’s description in the book of a man wearing “a concertina-like black suit,” and a room containing a “deep, slatternly armchair.” But back to the gags.

Mr. Miller is a canny, down-to-earth Englishman, and he knew what to do next. He sued the College of Policing, itself a joke institution, and once again in an unfunny way. The British police, like the health service, academia, public utilities, and so on, are part of the public sector, paid for by tax money. The College of Policing is not. Incidentally, another unfunny joke is the way politicians refer to income hijacked from tax-payers as “government money.” Hilarious. Laugh? I thought I’d never start.

The College of Policing employs 650 people on an average salary almost exactly twice that of a PC. It is unclear exactly what it is they are supposed to do, but their broad yet unwritten mission statement is to quietly enforce what we are forced to refer to as “woke” culture. To join the British police, for example, it is now necessary to have a university degree. Now, given that STEM graduates are unlikely to be looking for a career in the notoriously thick British police force, this will in every case be what used to be called a humanities degree and has now become an easier-to-understand “arts” degree. And we all know what that means. It means they will have been taught for three years not how to think but what to think. The end result is PC Gul’s need to check Harry Miller’s thinking.

Once humor goes, a great swathe of culture goes with it, in any country. My father taught me the value of humor. To laugh is life-enhancing, to make another person laugh more so. No wonder the Left despise it. Nietzsche wrote that every joke contained an element of cruelty, Orwell that every joke was a tiny revolution, and Freud that, if you have to explain a joke, it ceases to be funny. With that type of intellectual cargo aboard the good ship belly-laugh, no wonder the Left can’t take it. In a saner world, they would be wearing rubber head protection and sitting at the little table.

Harry Miller’s case is ongoing, which highlights another point worth making. Woke costs money. And cui bono? Lawyers, of course. Funny that, as so much of the British political class comes from a legal background. Tony Blair (not to be confused with Eric Blair, George Orwell’s real name) was a lawyer. I rest my case, m’lud. But Harry Miller is not going to stop, and it is not just liberty he is fighting for — it is humor, an essence rare and one worth defending.

I suppose we had better finish with a joke, as I have probably left you feeling like the only meaningful choice to make today is which silk tie to hang yourself from the rafters with. So, buckle up.

A hip New Yorker is lying in bed in Manhattan with his newly acquired German girlfriend. He says,

“Do you really want to stay in New York?”

“What if you get homesick and want to go back to Germany?”

“In every way! You are here. It’s just better.”

“Name one other thing that makes New York better than Berlin.”

“Well, whose fucking fault is that?”