Burn Down the GOP? 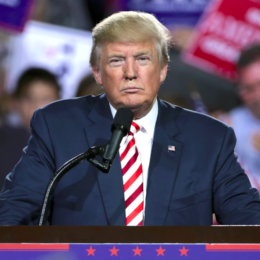 “Right now, the only thing Republicans offer is a brew of meanness, propaganda, science denial, corruption, and racism,” complains Washington Post “conservative” columnist Jennifer Rubin. “Republicans, from my perspective, should be disqualified from holding office until there is a new generation of Republicans untainted by support for Trump and willing to repudiate Trumpism.”

Rubin’s opinion is shared by prominent conservative columnist George Will, the Never Trump outlet The Bulwark, and the well-funded Lincoln Project. You’ve probably seen the Lincoln Project’s ads if you’ve spent any time on the internet. The group is run by prominent Republican strategists with the intended purpose of destroying the GOP. It has raised nearly $20 million for this purpose.

Not all Never Trumpers are thrilled with this idea. David French and others insist principled conservatives must continue supporting the good Republicans and a wrecked GOP would be terrible for their cause. That opinion seems the minority position at the moment.

Never Trumpers are building institutions to influence a new GOP. Lincoln Project has demonstrated it can raise tons of money, create viral ads, and provide support for candidates who uphold his agenda. The only issue is that it’s a not-so-subtle Democratic outfit; the Project is even supporting Democrats against moderate Republicans. This may limit its ability to influence future conservatives, but the Project is having a bigger impact on the election than any Dissident Right institution. A severely defeated Republican Party may overlook the group’s past sins if the party tries to atone for Trumpism.

One of the points that Never Trumpers are effectively putting in the media is that Trump and the GOP will lose the election because they embraced racism. White identity politics will be blamed for the loss, and Republicans will be urged to accept multiculti America. In order to survive in this new America, Republicans must follow the agenda laid out by Jennifer Rubin and other Never Trumpers. GOP leaders scoff at this idea now, but it will gain credibility if the party suffers a crippling defeat in November. The white voters Trump is performing poorly with are white suburbanites, many of whom share the same stupid concerns as Never Trumpers. They think Trump is a racist and hate his populist rhetoric. This is hardly the constituency begging for white nationalism. If this constituency proves the nail in Trump’s coffin, it will reaffirm the narrative that white identity politics is a political loser.

Only Tucker Carlson is conveying the message that Trump will lose because he failed to live up to his nationalist promises — and Tucker does not want the GOP destroyed. The Fox News host realizes that in the event of a landslide defeat, ordinary Trump supporters will be punished and Democrats will enact radical change that ensures a one-party state in America. There will be no based successor to the GOP when all illegals and convicts can vote; the new GOP will resemble the fantasy of the Lincoln Project.