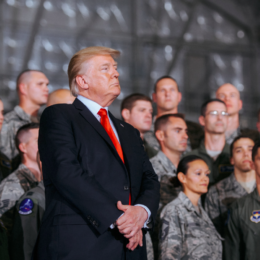 Imagine, if you will, the perfect system of torture and restraint. A device so effective that the more forcefully you resist it, the tighter it grips you, and the more hopeless your chance of escape. Such a contraption does in fact exist. You might recognize it as the anodyne but frustrating toy called “Chinese handcuffs.”

This nifty gadget works something like this: the unsuspecting mark is handed a cylindrical tube resembling a fat drinking straw, typically woven with strips of bamboo and broad enough to fit snuggly around a finger. The hapless victim places a finger from each hand in both ends of the tube, as deeply as it will allow. He is then told to pull his fingers out of the tube, but the harder he pulls, the more tightly the tube squeezes his finger. The bewildered victim of this prank will soon tire of his predicament and conclude that not resisting the grip of the handcuffs is at least less exhausting than putting up a fight.

Befuddling and perplexing though this situation may be, there is a lesson to be learned from the allegory of a cheap Chinese toy.

If you’ll note in the linked video, the dupe in the recording eventually chooses to suffer the stress, discomfort, and perhaps even pain, of overcoming the toy. He uses all of his strength to tear the very fibers that strengthen the bamboo. If our victim wishes to be free, he must endure the struggle and offer up the resistance required to overcome the inherent weakness of his restraint; for it, too, has a breaking point.

I think this is a good metaphor for the quagmire in which white Americans have found ourselves mired in 2020. In fact, I think it’s an apt description of the endless struggle against the perpetual state of revolution that is liberalism and universal suffrage democracy. I think it also conveys a convincing argument for why dissidents must support Donald Trump for reelection, despite his shortcomings and failure to fulfill campaign promises.

I do not think a Joe Biden presidency would be the relentlessly oppressive, tyrannical Marxist surveillance state that we imagine. I think a Joe Biden presidency would arguably mark a return to a less hysterical state of madness (while undoubtedly no less insane, a little less frenzied). Our enemies believe themselves powerless victims. It is boogeymen such as Trump drives them to lunacy.

In this way, a Biden Administration would be a form of pressure relief, like the relaxed state of not resisting the Chinese handcuffs. The problem with such a predicament is that white America will still be prisoners of woke liberalism, only we’ll be more manageable for our oppressors; compliant with less energy required to keep us that way.

Undoubtedly, the far Left will still agitate for their revolutions. They’ll lay the groundwork for pedophile liberation and whatever other insane ideas they foment in their twisted minds. They’ll just do it with less urgency, with less violent madness. We’ll return to the slow boiling frog and white nihilism.

Four more years of Trump will push us to the breaking point, which will be an exploitation of the inherent weaknesses of the far Left. Just as our Chinese handcuff victim succeeded in liberating himself by summoning all his strength, the resistance that the Left will be offering in a second Trump term will most certainly cause the already compromised fabric of our society to rip at the seams.

As we speak, the far Left is destroying the very society that has allowed it to gain power. However, their power has always been rooted in their exploitation of victimhood. Once they’ve razed the liberal order to smoldering ashes, they’ll no longer be able to wield the victim card in order secure that power. Their contradictions will catch up to them, and without the backing of the permissive social order they succeeded in destroying, their soft underbellies will be exposed.

The coming fight is a necessary thing. Struggle is the only path to victory. Don’t relent, don’t relax, don’t let up steam. Turn the force and pressure that the Left has placed on us for resisting their dystopia into the energy that we need to overcome them.

Voting for Trump is our only path toward that end. Let the rest of the GOP rot in hell burning in their own feces. They don’t matter. Let the orange man do our dirty work for us.

Remember those salty tears in 2016? This time around it will be rabid frothing at the mouth. The cat ladies will be rending their garments and howling at the moon. Soylent Bugmen will be screaming with their mouths agape rather than posing for their familiar open mouth selfies. Don Lemon, John Oliver, and Robert De Niro will be making death threats on live television. I can almost imagine Taliban style beheadings in the ensuing months.

It will be painful to watch. But it will be a necessary hurdle if we ever hope to cross the finish line of white liberation.