All the News Fit to Forget 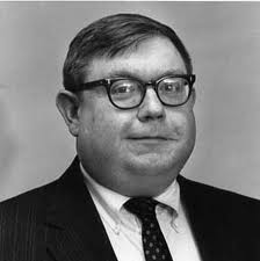 Have you ever heard of Drew Pearson? I grew up in the 1970s and 80s and vaguely remember a football player by that name. But a different Drew Pearson (1897-1969) was mentioned briefly in Wilmot Roberson’s classic The Dispossessed Majority (1972). I had never heard of him, but according to Robertson, his columns were once syndicated in 650 newspapers — twice as many as any other columnist at that time.

This Drew Pearson was a piece of work and a prime example of how the media has long been our enemy. Robertson called Pearson “the most vituperative of columnists” and notes he compared Ho Chi Minh to George Washington. But a deeper dive uncovers much worse than that.

Born in Evanston, Illinois in 1897, his family moved to Pennsylvania when his father obtained a job as a professor at Swarthmore College. Pearson eventually attended Swarthmore himself as a student and joined The Society of Friends. He soon after made the short jump to communism.

He found his way into journalism and became the author of the “Washington Merry-Go-Round” column, which mixed fact with fiction to engage in billingsgate about politicians and public figures who weren’t far enough to the left. Not surprisingly, the column was picked up by The Washington Post in 1941. There he was better able to push Marxism to the masses. According to the Wikipedia entry on Pearson, even President Roosevelt was not doing enough to help the Soviet Union conquer Europe:

During World War II, Pearson’s column not only revealed embarrassing news items, but expanded to criticize the Roosevelt administration’s conduct of the war, in particular U.S. foreign policy regarding Joseph Stalin and the Soviet Union. As a supporter of the Soviet Union’s struggle against Nazi Germany, Pearson demanded that the Allied Command create a second front in Europe in 1943 to assist the Soviets. When Pearson’s demands were not met, he began to openly criticize Secretary of State Cordell Hull, James Dunn, and other State Department officials, whom Pearson accused of hating Soviet Russia.

Pearson’s column was so influential (it reached an estimated 60 million readers), Roosevelt had to hold a special news conference to rebut these charges. During this conference, he referred to Pearson as “a chronic liar.”

At least two members of Pearson’s staff — David Karr and Andrew Older — were found to be passing information to the Soviet Union. He also led the establishment charge against Sen. Joseph McCarthy when the Wisconsin Senator began naming names of communists in high places. The two engaged in a fight at Washington’s exclusive Sulgrave Club in 1950, which led Pearson to file a lawsuit against McCarthy for injuries sustained when he was “grabbed by the neck and kicked in the groin.”

By the end of his career, Pearson was claiming there was a “homosexual ring” in then-California Governor Ronald Reagan’s administration. He died of a heart attack in September 1969.

A brief Google search indicates Drew Pearson the football player gets far more attention than Drew Pearson the columnist. (The football player is upset that he never made the Hall of Fame.) Politico did recently quote the pundit in an article comparing Herbert Hoover to Donald Trump. Pearson had another brief mention in a Los Angeles Times piece on political predictions gone wrong (he had proclaimed Kennedy “won’t get anywhere” in 1959).

More recent examples of influential columnists being all but forgotten after death include David Broder and William Safire. Broder was a Washington Post columnist for over 40 years and his columns were syndicated in over 300 newspapers. Safire wrote for the New York Times for more than 30 years and was given the Presidential Medal of Freedom by President Bush in 2006. You could hardly miss either of them on the Sunday morning talk shows in the 1980s, 90s, and 2000s. In fact, Broder holds the record for most guest appearances on NBC’s Meet The Press (over 400).

I recall both men routinely going after Pat Buchanan during his primary runs in the 1990s for “racism.” Though he fancied himself a libertarian, Safire helped lead the charge for war against Iraq in 2003. He assured us it would be “a quick war.” Also, “Iraqis, cheering their liberators, will lead the Arab world toward democracy.”

Much like Pearson, Broder and Safire are largely forgotten today though they died relatively recently (in 2011 and 2009 respectively).

There is another David Broder, apparently unrelated, who writes for the aptly named Jacobin magazine. He dominates the search results for “David Broder.” The late columnist was mentioned in passing in a January piece in Politico on the Democratic primaries. There are also a few comments by leftist bloggers complaining he was not far enough to the left for their liking.

Safire has more recent mentions than Broder, but most are for his books and columns on the proper use of language. His estate sold his extensive book collection last year.

Men like Pearson, Broder, and Safire were at the very heart of the media establishment in their lifetimes. They influenced the political views of millions with their newspaper columns, TV appearances, interviews and, in the case of Pearson, radio programs. So why are these influential columnists all but forgotten today?

Far from being original thinkers, they simply existed to enforce the permissible range of debate for their times. Perhaps the only value from reading their columns today would be to learn what passed for conventional wisdom and respectable opinions during the times they were writing.

With few exceptions, they almost always targeted the right and conservatives when they came close to breaking taboos and mores.

But aren’t there a handful of conservative columnists allowed in the media? Heck, didn’t Safire himself serve in the Nixon administration? Of course, but it pays to remember the words of Robertson on the status of conservatives. Though this was written in the 1970s, it is as valid today as then:

Before he was allowed a national platform the modern conservative had to demonstrate that he was a member of the loyal opposition, that on the “sensitive” issues he was of one mind with the liberal himself. No public manifestation of classical conservatism — i.e., no forthright attack against democracy and minority racism — would be tolerated. If the fires of minority illiberalism and minority racism could not be quenched by modest, low decibel appeals for decorum, they were to be left raging. The only notes of dissention permitted the modern conservative were the safe ones. He could be more reverent toward big business, property, patriotism, religion, government decentralization, and law and order. He could be more critical of socialism, Marxism, Castro, overregulation, labor unions, and budget deficits. But the permissible differences were differences in degree, not in kind. On the larger issues, the issues behind the issues, modern liberalism and modern conservatism were often becoming synonymous.

The opposite of men like Pearson, Broder, and Safire are the writers and artists of the Dissident Right. These are the men (and a few women) who are featured and remembered on Counter-Currents. Many labored in obscurity during their lifetimes but are still discussed, read, and debated today. For example, Francis Parker Yockey was a contemporary of Pearson’s. While Pearson was reaching millions through the Washington Post, Yockey was writing obscure newsletters under a pseudonym and living a shadowy lifestyle complete with fake passports and clandestine meetings. Though he died 60 years ago, books are still being written about his life. Counter-Currents just released the first of a three-volume set after painstakingly tracking down many of his writings. A Google search proves Yockey still gives the left nightmares to this day.

Another example is Sam Francis. While not unknown, Francis lost his Washington Times column in 1995, just when it appeared he was reaching and influencing a larger audience. The last decade of his life was spent primarily in Dissident Right outlets. Yet he has been the subject of at least three books since his death in 2005 and continues to be profiled (often with grudging respect) by mainstream outlets and writers. The most recent example is a First Things article which noted, “purged and marginalized in life, Francis has attained extraordinary prominence since his death.”

Keep this in mind next time you are unfortunate enough to read a column from David Brooks, George Will, Tom Friedman or Paul Krugman. These men — and many others like them — exist simply to enforce the standards and taboos of our time. They reach millions and are paid very well for their middle-brow observations. In fact, they are the epitome of the media establishment. But they will quickly be forgotten after they die. Their work will be a mere afterthought — if that — among the next generation of leftist taboo enforcers.

The work of dissidents and truth-tellers will live on.

» Love in the Time of Coronavirus