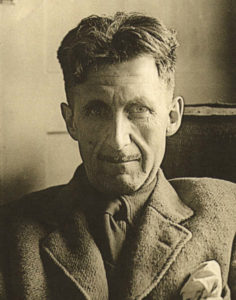 June 8th is the 70th anniversary of the publication of George Orwell’s Nineteen Eighty-Four. Greg Johnson interviews Margot Metroland on some of Orwell’s sources and influences, the loosely “Trotskyite” political context in which he wrote, and the possibility that he was bumped off by Stalinists.

For further reading about Orwell and Nineteen Eighty-Four, see: