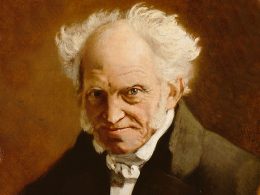 Why I write is very simple: I believe that, in the final analysis, ideas — not economics, not technology, not brute force — are the decisive factor in history, and I believe that history is going in the wrong direction. I write, because that is how I promote healthy ideas that can turn the world around.

I am a writer, not an orator or a video maker, simply because I have a special talent and a special appreciation for the written word. If I had different tastes and talents, I would be doing different things.

How I write is my topic here, but the only reason to share such information is because it might be helpful to other writers. Anything purely idiosyncratic or merely autobiographical has been omitted.

In an essay about Edward Gibbon’s work habits, V. S. Pritchett writes, “Sooner or later, the great men turn out to be all alike. They never stop working. They never lose a minute. It is very depressing.” I submit that this is only depressing for those who aspire to greatness without hard work. But there has never been a great man who is also a lazy man. And if great men work really hard, then the rest of us have to work even harder. I average 12 hours a day, every day.

If a big diamond is cut up into pieces, it immediately loses its value as a whole; or if an army is scattered or divided into small bodies, it loses all its power; and in the same way a great intellect has no more power than an ordinary one as soon as it is interrupted, disturbed, distracted, or diverted; for its superiority entails that it concentrates all its strength on one point and object, just as a concave mirror concentrates all the rays of light thrown upon it. Noisy interruption prevents this concentration. This is why the most eminent intellects have always been strongly averse to any kind of disturbance, interruption and distraction, and above everything to that violent interruption which is caused by noise; other people do not take any particular notice of this sort of thing.

Mason Curry’s book Daily Rituals: How Artists Work (New York: Knopf, 2016) is a highly entertaining compendium of how creative people — mostly writers and other artists, but also some scientists — organize their time. The overwhelming majority of highly productive writers turn out to be morning people, although the common denominator of both morning and night people is that they reserve their creative work for the hours when they are least likely to be distracted. Some writers change their work hours to avoid distractions. For instance, I used to be a night person, but recently I have found that working in the morning is less distracting.

The greatest bane of Kant, Goethe, and Schopenhauer was noise. (Kant’s house was near a prison, and he actually petitioned the warden to forbid the inmates to sing.) One of the banes of non-white immigration is that low-IQ people tend to be noisy and inconsiderate. Imagine the great books that may never have been written if Mexicans with leaf-blowers and blacks who have never heard of headphones were roving around Germany in the 18th and 19th centuries.

Now stereo systems and noise canceling headphones can banish unwanted noise from even the busiest urban environment. The bane of today’s writers is the Internet, especially social media, which are designed to be distracting, addictive, and to deliver superficial rewards — the satisfaction of idle curiosity, shares and likes, self-doping through virtue signaling, etc. — as long as you keep clicking, like a rat in a Skinner box, pressing a lever for food pellets or electric stimuli to the brain.

If you wish to be a productive writer, you must banish the Internet, your smart phone, and social media from your creative hours.

Simply switch them off. Don’t even turn them on if you need to look up a piece of information for a project you are working on. Just add it to your to-do list, and look it up outside your creative time, when it is permissible to go back online. Your productivity will increase enormously.

Last summer, the online environment became so ugly that I tried getting off social media entirely. But I discovered that quitting cold turkey made it much more difficult to run my business. Social media are useful tools, but you have to watch them at all times, otherwise they can become infernal time-wasting machines.

If being a writer requires hard work without social distractions, how many hours a day are we talking about? According to Curry, surprisingly few. Most highly productive writers do creative work only two to four hours a day, producing anywhere from 500 to 2,000 words. It doesn’t sound like much, but it adds up over time.

I set aside three hours of uninterrupted creative time every morning. I write longhand in a journal, either at a desk where there is no computer or in my bedroom, from which computers and phones are banished. On a good day, I can write 2,000 words, about half of which survive the editing process. Usually, I begin with an outline, and as I get into the flow of the project, the outline becomes an essay.

These creative hours seldom yield finished works. The final draft is composed on a computer, and fleshing out the outline requires new creativity, but for some reason I find it very difficult to compose a first draft on a computer. There is something about putting pen to paper that unlocks my creative powers.

So what do I do with the other nine hours of the work day? I type up drafts, edit articles and books, answer emails, record and edit interviews, communicate with my writers and colleagues, fulfill book orders, moderate comments, and also try to keep up on my reading. Sometimes I send Trevor Lynch to the movies. There are never enough hours in the day.

The biggest mistake that most people make is not acting until they “feel like” it. It is simply a sign of weakness and bad character to conclude that “X is the right thing to do” and then require some additional motive — some sort of “inspiration” or “feeling” — to actually do it.

When I open my journal, I usually have a good idea of what I want to write, but often times I have trouble getting off to the right start. I will write five different first sentences, crossing each of them out. But if one way forward is blocked, I will simply find another. One of the best ways to warm up is simply to read through and edit the previous day’s work.

Sometimes, if I can’t get started at all, I will just write lists. (Jef Costello makes fun of my lists in the San Francisco chapter of Heidegger in Chicago.) I’ll plan the rest of my life. I’ll list the books I want to publish over the next ten years, then the articles I want to write that month, and eventually the very thing I want to work on that day will start to form and flow. It is a bit absurd, I grant you. To borrow a simile from Gadamer, it is like consulting a map of the United States to determine where to plant a flower in my garden. But it works.

Nothing gets finished unless it gets started, and even the most mechanical and uninspired start can lead to the creation of a fine piece of writing. So just begin. The inspiration that some people — usually non-writers — seek up front often comes to me in the middle of a project, and for me the positive feelings that some demand before they write only arrive after I have finished. Indeed, some of my best writing has been done when I have been feeling too sick or sour to even find distraction tempting. But I manage to write my way out of it. Let reason and duty be your motives. Reserve good feelings for the end as your reward for a job well done.

« Video of the Day
Russian “Get Out the Vote” Video