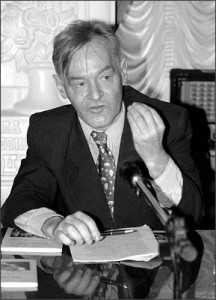 Today is Guillaume Faye’s birthday. He died in 2019 after a battle with cancer. Faye had been sick for some time, but he was so focused on writing what would become be his last book that he postponed seeing a doctor until it was complete. When he finally sought medical attention, he was diagnosed with stage four cancer. There is no stage five. Guillaume Faye gave his life for his work and his work for Europe.