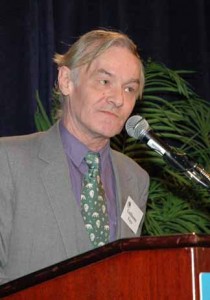 It is two years since Guillaume Faye, one of the leading intellectuals of the French and European New Right, passed away on 6th March 2019 at the age of 69 after a long struggle with cancer.

Faye was born on 7th November 1949 in Angoulème in southwest France into a middle-class family. An academically gifted child, he followed a well-charted path from lycée (grammar school) to university in Paris, where he studied political science.

In 1970, at the age of twenty, he joined the Groupement de recherche et d’études pour la civilisation européenne (Group for research and study into European civilisation) generally known by its French acronym of GRECE, which, certainly not by coincidence, is the French name of Greece, perceived by the founders of GRECE as the wellspring of all European culture.

GRECE was founded in 1969 most immediately as an intellectual counterweight to the Marxist left, opposing the left’s Gramscian march through academia with a countermarch of its own that enjoyed notable success in the 1970s and 1980s.

While the immediate impetus for the foundation of GRECE came from the student riots of May 1968 (themselves resulting from well-founded grievances at conditions in French universities, but quickly captured by the far left), its longer-term antecedents are interesting, dating back so far as 1962, by when Dominique Venner was already critiquing the nationalist right (whose instincts he entirely shared) on account of its backward-looking nostalgia for an empire that was already almost completely lost, rather than formulating new theoretical and practical political positions for a future as a nation-state within Europe but without an empire. The American experience is different, but British nationalists will see a reflection of our own movement’s past here (think League of Empire Loyalists, whose very name summed up this tendency perfectly).

Throughout the 1970s, Faye played a leading role as a writer and activist in GRECE. At that time, his ideological stance (which, as we shall see, evolved with time) was founded upon opposition to multi-racialism and Eurofederalism (which he was later largely to embrace) anti-Zionism, anti-Americanism (which he shared with his then friend Alain de Benoist, the best-known leading light of GRECE) and support for an alliance between the nations of Europe and the Arab world. His anti-Americanism fusing with his anti-Zionism led him to welcome the Khomeinist revolution in Iran of 1979.

Some of Faye’s activities illustrate how much more deft a touch the French radical right of that time had than its British counterpart. For example, Faye quite remarkably became secretary of the Association for the Defence of Arabs working in Europe, using his position to advocate their return to their countries of origin, so as to avoid their being trapped in a form of modern slavery and deprived of their cultural roots. This approach was, to say the least, more subtle and more effective than shaven-headed oafs parading in the street in big boots and combat jackets, chanting “there ain’t no black in the Union Jack, send the n***ers back!”.

In the same period, Faye was a frequent contributor to GRECE’s theoretical journals Nouvelle École, Études et Recherches and Éléments, whose role it was to disseminate the idea of GRECE and its ideological offspring, the Nouvelle Droite or New Right (so-called in contrast to the old, colonialist and imperialist right) in elite circles, a project in which GRECE was remarkably successful by a combination of persistence, diligence and a measure of luck, though admittedly the substratum of rightist and nationalist thought both penetrated deeper and rose closer to the surface in France than in England, let alone the U.S.A.

Faye also spoke and participated in the numerous conferences that GRECE organised both in Paris and in the provinces throughout the 1970s, attracting delegates of a calibre far above the average of those attracted to nationalist parties in England at that time.

The editor of the very influential Figaro magazine (distributed every Saturday with le Figaro, the principal conservative broadsheet newspaper in France then and now) was sympathetic to GRECE and published the writings of some of its luminaries (including Faye) extensively from 1977 until 1981.

1979 was a remarkable year for GRECE, as a media storm broke out over the Figaro magazine’s support for GRECE. It would have been quite impossible to buy this kind of publicity, which made GRECE a household name.

The leading lights of the New Right reacted in different ways to this turn of events. In particular, by the early 1980s, Alain de Benoist had set off down a path which diverged sharply from the majority of his friends, notably Guillaume Faye.

For Alain de Benoist, opposition to American cultural, economic, political and military hegemony and sympathy for anti-Americanism in the third world drew him towards an attempted, though unsuccessful rapprochement with elements (so to speak) of the left, which foundered because Alain de Benoist has always opposed the egalitarian ideology of the left.

While ploughing this rather lonely furrow, Alain de Benoist (who had never liked J-M Le Pen personally) was sharply critical of the Front National, mainly because J-M Le Pen’s visceral anti-communism led Le Pen père to support French membership of NATO, contrary to the Gaullist instincts of much of the French right, not to mention Alain de Benoist’s equally visceral anti-Americanism.

It didn’t help that Alain de Benoist thought J-M Le Pen a boor and an oaf, whilst J-M Le Pen thought Alain de Benoist snobbish and effete! Each man grossly exaggerated the faults of the other and failed to see the virtues. Perhaps there is a lesson for us when we are tempted to criticise other movement people.

The majority of the French New Right, very much including Guillaume Faye, showed greater sympathy for the Front National, arguing (especially after the FN completely eclipsed its smaller, ideologically preferable rival the Parti des Forces Nouvelles in 1983) that it was better to work within the FN, seeking to guide it or at least influence it ideologically than to critique it from outside.

By 1986 Faye was becoming more and more critical of Alain de Benoist’s ideological positions. Moreover, Faye had come to dislike his former friend, whose aloof and superior manner slowly drove away many who had once admired him.

Matters came to a head after a famous episode when Alain de Benoist burned a 500 Franc (c. £50 or $70) note on French television, to show his contempt for bourgeois materialist values.

The trouble with this melodramatic gesture was that Alain de Benoist came from a wealthy grand bourgeois family and could have burned a wheelbarrow full of 500 Franc notes without any adverse consequences for himself, while paying Faye and other poverty-stricken colleagues a miserly pittance in return for their superb writing.

Faye and Alain de Benoist parted ways in 1986, when Faye was expelled from GRECE for the first time. Faye’s parting shot against his old friend was excoriating:

The New Right and GRECE itself are now mere shadows of what they once were. They have abandoned the struggle for [racial] identity. They have even abandoned any idea of an European identity. They are pseudo-rebels anxious to win the system’s favour (but in vain). To this end, they have taken up all the positions of the extreme left, for example, Islamophilia, worship of the third world, radio silence about immigration (their strategy is to avoid the issue, and above all not to say anything shocking), simplistic anti-capitalism, tediously repeated yet ineffective anti-American sloganising, hackneyed anti-Zionism, mainly for show, but full of hate.

While much of this critique was amply justified, it must be said that Faye himself had by 1986 departed remarkably from his own ideological position of the 1970s on Zionism that had led him to welcome the Iranian revolution as the culmination of a decade of anti-Zionist activism so late as 1979.

As we will see, Faye’s own thinking continued to develop on these lines, tending to a rapprochement with Zionism on the one hand and every more strident polemics against immigration and race-mixing on the other.

Between 1987 and 1997 however, Faye spent a whole decade out of politics, trying to earn a living in more mainstream journalism as well as various bizarre publications reflecting his interest (academic as well as practical!) in sexology.

In 1997, he was allowed to rejoin GRECE and began to write a series of important books that strongly influenced identitarians in France in particular and Europe more generally, though their influence has only relatively recently spread to the Anglosphere as the excellent Arktos translations have appeared.

The first of these works was L’Archéofuturisme, advocating an amalgam of traditional social and aesthetic values with an enthusiastic embrace of science and technology, reminiscent of the Italian futurists of the early twentieth century, many of whom later enthusiastically supported fascism, an ideology well described by one perceptive and sympathetic British commentator as the Shire of the hobbits, with spaceships!

Next came La Colonisation de l’Europe : discours vrai sur l’immigration et l’Islam, arguing that immigration is a form of colonialism, and taking a radically anti-Islamic stance quite at variance with his own positions of twenty years before.

Faye was convicted of incitement to racial hatred for writing this book. Alain de Benoist also expelled him from GRECE for the second time, condemning the book as a cross between Mein Kampf and the X-Files, which, I suspect, will only endear Faye all the more to movement conspiracy theorists!

In 2008, Faye published La Nouvelle Question Juive, (“the New Jewish Question”) completing his transition to a pro-Zionist position, arguing for an alliance between Israel and Europe against Islamism, a remarkable reversal of his own previous position, which was sharply critiqued by Robert Faurisson, Jürgen Graf and (much more painfully to Faye) his old friend Pierre Vial.

Bearing in mind the widespread sympathy for revisionist positions in European nationalist circles, it is not surprising that Faye became estranged from many previously sympathetic comrades after publishing this pamphlet.

Although Faye’s English was strongly reminiscent of Peter Sellers as Inspector Clouseau, the gradual percolation of his writings into the Anglosphere brought him close to Jared Taylor, who twice hosted Faye as a speaker at AmRen, where those who could understand Faye’s heavily accented English hugely enjoyed what he had to say.

Polemicist, ideologue and idealist, sometimes right, sometimes wrong, Faye was a brave and dedicated fighter not only for France, but for Europe and all the white people of the world. I was privileged to have met him several times, and honour his memory.

This is a slightly expanded and updated version of an article that first appeared in Heritage and Destiny magazine, who published it in issue #91 (July-August 2019) and is republished on Counter-Currents by permission of the author and editor. H&D can be contacted by e-mail at [email protected], by post at 40 Birkett Drive, Ribbleton, Preston, Lancs., PR2 6HE, England or at www.heritageanddestiny.com and is on Twitter (for now!) as @h_d_magazine

« What Culture Are Conservatives Trying To Protect From “Cancel Culture”?