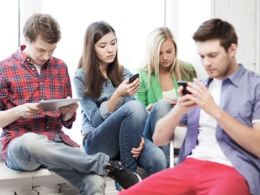 Nick Jeelvy welcomed frequent Counter-Currents contributor Stephen Paul Foster back to The Writer’s Bloc to discuss his eerily predictive 2003 book Desolation’s March: The Rise of Personalism and The Reign of Amusement in 21st Century America.

00:09:00 Stephen Paul Foster, “The Rise of the “Bubble People””
00:11:00 Stephen Paul Foster, “Blackness, Fatness, & the Great Replacement at Target”
00:12:30 Obesity could be driven by racial replacement and a lot more fat people in Europe due to the importation of American culture
00:13:30 The enormity of black women
00:14:30 “Defining deviancy down”
00:16:00 Nick discusses his struggles with weight and modern people being more tolerant of sin
00:17:30 Landwhales and their proliferation
00:19:00 The rapid decline of human capital
00:20:00 What is Desolation’s March about? The book’s background
00:22:00 Edward Gibbon’s The Decline and Fall of the Roman Empire
00:23:00 Bill and Hillary Clinton
00:26:00 Two perennial philosophical archetypes: dreamer theologians and ideologues and historians
00:28:30 Twenty-first century barbarians
00:29:30 Oswald Spengler, civilization is bracketed on both sides by barbarism, and the film Watership Down
00:31:00 Bill Clinton, the first Baby Boomer and black president
00:32:00 Wiggers and creatures governed by passion
00:33:30 A Macedonia play, “Let this not think, let these not work, and let this not be full”
00:34:00 Hillary Clinton’s sadism
00:35:00 Bill was the poetry and Hillary was the prose
00:36:30 Donald Trump kept Hillary Clinton out of the presidency and did a great service to the American people
00:37:00 The three themes of Desolation’s March: the medicalization of morality, the rise of the amusement state, and personalism
00:39:30 The definition of personalism
00:41:00 Self-improvement comes from a place of low self-esteem
00:43:00 The prism of feeling well is actually destroying us
00:43:30 The answer to personalism is collectivism and patriotic fervor
00:45:00 Personalism is anti-hierarchical and equality is its destination
00:47:00 Young men preparing better meals for others than themselves; when the best of humanity comes to the fore
00:48:00 Food and eating as ceremonial social function.
00:49:30 Amusement eating
00:51:30 The therapeutic state
00:52:30 Blair Cottrell Discusses Pharmacology on The Writers’ Bloc and George Orwell, tea and sugar and the British working class
00:55:00 Marriage, eating separately, and French law
00:57:00 When Stephen was young, people dressed up for church
00:58:30 Personalism flattens and deformalizes everything in its path, particularly hierarchy
00:59:00 The American TV sitcom Father Knows Best and patriarchy versus the show Married With Children
01:01:00 Analyzing Al Bundy
01:03:30 Our obsession with celebrity culture; Hollywood movie stars are replacements for deities and demigods
01:05:00 Roman society would venerate gladiators, actors, and famous prostitutes
01:06:00 Technology and how little society has changed since the Romans
01:06:30 Neil Postman, Amusing Ourselves to Death
01:08:30 Personalism is an assault against differentiations in society and childhood
01:10:00 The criticism that millennials are children into their thirties
01:11:30 Millennials were exposed to seriousness early and choose to retreat into a simulacrum of childhood
01:12:00 Childhood was invented by the bourgeoise and the destruction of childhood
01:13:30 How much has childhood been extended or diluted?
01:14:00 The hypersexualized branding of L.O.L. Surprise! dolls
01:14:30 Nicholas R. Jeelvy, “Playing Dress-Up”
01:16:00 Dolls preparing little girls for motherhood; Barbie, Bratz, and the sexualization of toys
01:18:00 The toys we give our children will shape the way they develop and what they become
01:19:00 Feminists, masculinity, male role models, and hierarchies being considered outmoded
01:21:00 The destruction of traditional roles for being somehow oppressive
01:21:30 The Right puts too much hope in biological essentialism and Simone de Beauvoir
01:22:00 We’re not born moral, and the extent relativism has grown
01:23:30 Every boundary has to be broken down, the explicitness of sexuality, and the film Bros — Jim Goad, “Sometimes, There’s Just No Pleasing These Sodomites”
01:25:30 Brokeback Mountain and Beau Albrecht, “Brokeback Mountain”
01:26:30 Incest is already normalized in porn, so what’s next?
01:29:00 The constant need to break taboos, the declining adrenaline rush of transgression, and the need to escalate to something worse
01:31:00 Turning people into hedonistic and crude consumers, and the film Idiocracy
01:33:00 “Stephen, you’re just an old white man”
01:34:00 Trying and failing to distance oneself from the filth that surrounds us
01:35:00 Hobbes, Gibbons, Hume, and how we are all a mix of good and evil
01:36:00 So many of our people are lost and ethnosuicide
01:37:00 Evil has taken over. The Writers’ Bloc with Nick Jeelvy & Josh Neal on American Extremist, and The Writers’ Bloc with Josh Neal on Political Ponerology
01:38:00 Robert Louis Stevenson, The Strange Case of Dr. Jekyll and Mr. Hyde
01:39:30 Al Bundy was the last white man allowed to have a voice on television
01:40:30 Sun Tzu, many groups wanting the West to decay and degenerate from within, and elites who don’t care if it happens
01:43:00 Are elites incompetent or evil? Does it matter?
01:43:30 Few things are as evil as eating the seed corn or destroying the future of the young
01:44:30 Carl Schmitt and the friend/enemy distinction
01:45:30 Dividing the ruling class between those who don’t care and those who wish to actively destroy us
01:46:00 Not blaming the Jews for everything and understanding we were already on the way down
01:46:30 Outsiders and “Don’t go away mad, just go away”
01:48:00 The West, northwest Europeans, and universalism are very parochial
01:49:30 Parochialism and civilizational arrogance
01:50:00 Kevin MacDonald
01:52:30 What would Stephen say to someone who says, “What does it matter if I’m dead when then demographic bomb detonates?” The need to focus on something beyond ourselves
01:54:30 Harvest and fertility festivals, dancing, women, and young unmarried men
01:56:30 People need novelty and some need more than others
01:58:30 Softcore porn acts as a trigger for addiction, and the altering of the brain
01:59:00 A future deep dive on The Writers’ Bloc into the subject of mental illness and addiction
02:01:00 Giving yourself license to be an addict
02:03:00 Closing remarks; Susan Brownmiller, Against Our Will: Men, Women and Rape; Catharine A. MacKinnon, Toward a Feminist Theory of the State, Carl R. Rogers, On Becoming a Person; and John Vasconcellos

« A Deadly Kind of Forgiveness

» The Politics of Nuclear War, Part 2