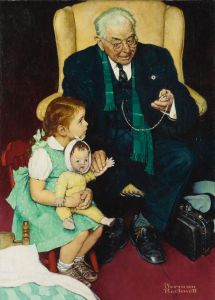 I’m a blond bimbo girl, in a fantasy world
Dress me up, make it tight, I’m your dolly!

We live in an era of apparently rampant transsexualism. The media insist upon spotlighting various gender-benders and forcing them down the throat of a captive audience, at which point vinegar-drinking moral guardians insist that the captive audience reiterates the lies they have been very authoritatively told in order to signal their communion with the cult of woke. But despite the relentless propagandization and the positioning of transsexuals center stage in the theater of modern politics, they remain an infinitesimally small percentage of the population.

Now, far be it from me to dismiss nonlinearities, such as the relationship between the number and sociopolitical impact of transsexuals, but they sure seem to cause a big stink for such a small group — or at least have a big stink caused on their behalf by other actors. And of course, readers of Counter-Currents are no strangers to the outsized impact a small group of people can have. However, this big stink needs to be explored more deeply (no snickering in the back), because we might unearth something useful to our cause, something that many people may have missed.

Within the mainstream, opposition to unbridled transsexualism comes from two camps. The first, and decisively more steadfast in their opposition, are the so-called “TERFs,” trans-exclusionary radical feminists. The second are mainstream conservatives, who’ve intimated that they’ll soon buckle under the relentless pressure from the prevalent culture (not their base, never their base, that’d be homophobic and has no place in the conservative movement) and embrace transgenderism as a core conservative value. After that, we can expect the TERFs to be cast out into the darkness with the rest of us unbelievers and heretics.

Now, believe it or not, Counter-Currents has a primer on the TERF-transsexual conflict, which I encourage you to read. But the crux of it is this: TERFs seek to exclude male-to-female transsexuals from womanhood because they see them as invaders and appropriators of womanhood, who have no right to womanhood. Returning to Simone de Beauvoir’s claim that one isn’t born, but rather becomes a woman through processes of subjugation of the female to patriarchal society, TERFs reject the male-to-female transsexual as an impostor, as someone who hasn’t been subjected to the process of becoming a woman (distinct from biological female). The classical Marxist analogy here would be working-class bricklayers rejecting the companionship of an angsty rich kid who shows up at their bar wearing flannel and a bitchy scowl. In the story of radical feminism, woman is the perpetual oppressed and man is the perpetual oppressor. Only an infiltrator or a thief of femininity — someone who seeks to fetishize or commodify it — would seek to appropriate it, much as the angsty teenage socialist seeks to appropriate working-class struggle. In the radical feminist worldview, a tranny’s fake tits are nothing but a Che shirt.

The conservative position, such as it is, is that gender identity follows sex identity: chromosomes dictate biological sex which dictates a person’s gender. The exceptions to the rule are a tiny and insignificant proportion of the population, so much so that they’re not worth taking into consideration. To an extent, I can agree with this position. It’s certainly true that transsexualism is statistically insignificant and that a society can take this exception in stride without creating a special conceptual category for transsexuals and transgenders outside of “freaks,” or maybe “shamans.” The problem is, as usual with the conservative position, is that its first principles are so removed from reality that it’s not even wrong.

The conservative would have you believe that traditional Western female gender role is natural to women, or somehow flows naturally from female biological reality. They’ll rattle out statistics about how the wage gap is due to female choices, how nurture comes naturally to females, yadda yadda yadda, all the while admonishing men for not measuring up to female standards. If you ask conservatives, the current dip in fertility and the sexless state of young men is purely their own fault. Women, however, are ultimately good; if it weren’t for those evil Leftists brainwashing them with their postmodern cultur-marxist identity politics, women would be happy to be nurturers and caregivers, although still independent and participating in the workforce. After all, we’ve transcended the era of housewives and we simply love conservative women with big tits in MAGA hats, brandishing guns and spouting libertarian boilerplate.

The reality, however, is that Simone de Beauvoir is right.

Female gender roles are manufactured by society and imposed upon females, thereby making them women, the second sex. Natural woman isn’t, as the conservative would have you believe, a mother or a loyal wife, nurturing, submissive, and meek. No, she is a rapacious and hypergamous sex demon, consumed by a narcissism rarely seen in men. Absent patriarchal society’s relentless shaping of females into the eusocial category of woman, which here means wife and mother, females become whores, jumping from cock to cock in their quest to secure ever-grander alpha male attention for themselves. A moment’s failure of the patriarchy can bring down a whole kingdom; just ask Macbeth.

A mid-century doll recently came into my possession. Immediately I noticed that the doll, meant to be a woman in traditional Macedonian dress, was soft. Its very shape invited cuddling and gentle handling. Then it hit me. This doll had the same proportions and approximate size and weight ratio to a little girl as a baby. Little girls would hold these dolls and take care of them as if they were babies, clothing them, singing to them. A society that provides little girls dolls that look like babies is a society that trains little girls to be mothers, teaches little girls to aspire to be mothers.

My thoughts then moved to Barbie dolls, given that that’s what little girls played with when I was little. Barbie is plastic and hard. She’s a model, a starlet, a blonde bimbo girl in a fantasy world. Barbie does not have the proportions, texture, softness, or in any way the shape, form, or feel of a baby. Barbie’s limbs do not move the way a baby’s limbs move. Nobody needs to sing Barbie to sleep; she goes to sleep after a good dicking from dickless Ken. Barbie’s hair needs to be relentlessly brushed, Barbie’s clothes have to be incessantly fixed and washed, and of course, more and more new Barbies have to be purchased, all of them plastic and sterile.

That was Barbie. That was twenty years ago. A friend of mine who has young daughters pointed out that today’s dolls make Barbie look like a housewife. The last time I caught a commercial for toy dolls (2004), they were advertising Bratz, who looked like absolute whores. Barbie is not a baby. Bratz are not babies. They are twisted mirrors, intended to excite the little girl’s incipient narcissism, present as a potentiality in every female, and mold it into full-blown self-worship and a quest for self-actualization through whoredom and vulgar materialism.

The conservative is not 100% wrong. There is a nurturing instinct in women, but it has to be nurtured and reinforced. The opposite instinct — the instinct to whoredom and hypergamy — must be violently discouraged (and by violently, I mean beatings). This will to motherhood is reinforced by a doll that trains the little girl for motherhood, which instills in her a love of nurture. Contrast that to the vulgarity of a modern doll, which trains the little girl to aspire to whoredom. Toys and games are methods by which society constructs gender roles. The female gender role has shifted in the past 200 years from wife and mother, to wife and partner, to strahng, independant whaman, and finally to unrepentant whore.

The male gender role has shifted, too, from patriarch, master of the house, vested with authority over his little kingdom by almighty God, to sniveling feminist ally, fed on soy, eventually transitioning to female because there’s no room in modernity for heterosexual white men, even if they are supplicants to the gynocracy. This transgenderism, where the gender roles of Western civilization have transitioned to their modern form, is far more dangerous than the delusions of a handful of mentally ill men in sundresses. But the spotlight is on the lunatics in sundresses because if we stop for a moment and consider what has happened with the gender roles society has constructed for us and our children, we will find that nobody alive has a claim to sanity with regard to gender.

At least the nutcase in a sundress is making the most of his insanity, whereas the Right tries desperately to cleave to biological essentialism. If we are to be better than the conservatives, we must not abdicate our responsibility to create gender roles that will benefit men and women of the white race. Yes, they have to be in accordance with biological reality, or at least not contradict it grievously. No, we don’t have to think them up from whole cloth, we can RETVRN to tradition in at least some respects. But we should nevertheless recognize that what makes a man and what makes a woman, as opposed to what makes males and females, are societal categories. Those of us who aspire to forge a new, vital culture should recognize this fact as we move forward. This should be reflected in our children’s toys, the games they play, the stories we tell them, and the songs we sing to put them to sleep.

You are born female, but you must grow into a mother, a wife, a woman.

« America’s Morass in the Middle East