Look What You Made Me Do: Dead Man’s Shoes 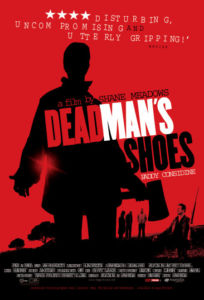 I read a lot and always have, but there is only one book I have ever finished and immediately gone from its last line straight back to page one and started reading it again. It was Hunter S. Thompson’s Fear and Loathing in Las Vegas. The movie version featured Johnny Depp with Benicio del Toro as his lawyer (and I guess Depp has met his fill of lawyers just recently, although hopefully not on acid). But it wasn’t at all bad, I thought. Thompson’s famous gonzo style of writing (much better than precursor H. L. Mencken, who I have to say I could never stand) put a fishhook in my upper lip I could not shake free of.