We Are Derek Chauvin 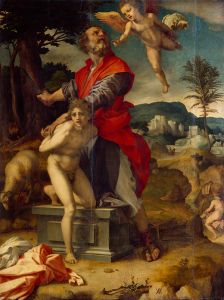 Officer Derek Chauvin was found guilty on all counts for the “murder” of the beatified George Floyd. The jury, consisting of only two white men among twelve, found him guilty within a matter of hours. It was a quick decision that sent a clear message to America: black lives matter more than yours.

Despite being denounced by nearly every law enforcement official in the country, Derek Chauvin is the face of American police. Despite him marrying an Asian refugee, he’s also a symbol of White America. All the alleged sins of police and whites were laid on his shoulders for him to suffer for. We all killed the innocent gentle giant George Floyd, who just wanted to breathe.

The prosecution’s arguments for conviction were beyond idiotic. In concluding arguments, a white prosecutor argued that Floyd’s crime of forgery wasn’t a real crime, his drug abuse was merely a personal issue, and he was right to resist arrest because he felt the squad car was too small. His claims of claustrophobia should’ve been treated seriously, setting a precedent for every criminal to resist arrest on the same grounds. The prosecution essentially argued that Floyd should’ve never been arrested for committing a crime, doing meth is okay, and police should just let unruly suspects who claim dubious medical conditions go free. The prosecution even argued that Floyd’s severe heart problems and massive drug ingestion played no role in his death. The only fatal object was Chauvin’s knee.

The last prosecution argument, delivered by a black lawyer, was the cherry on top. “You were told, for example, that Mr. Floyd died because his heart was too big. You heard that testimony,” special prosecutor Jerry Blackwell said. “Now having seen all the evidence, having heard all the evidence, you know the truth. And the truth of the matter is — that the reason George Floyd is dead is because Mr. Chauvin’s heart was too small.”

Derek Chauvin was guilty of being the Grinch.

These silly arguments worked as Chauvin was convicted of two counts of murders and one of manslaughter. . . for the death of one person. According to our legal system, Chauvin both purposefully and accidentally killed Floyd. That makes absolutely no sense unless you’re a system bootlicker. But it’s the same for whites. We’re both intentionally and unintentionally racist and condemned to penance for eternity. Our intentions don’t matter — only our skin color does.

The defense team made ample work of Floyd’s background — to no avail. They were able to show he was sitting in his car with his drug dealer before his arrest. (The drug dealer was able to escape testifying.) They found evidence Floyd nearly had a stroke in 2019 when he ingested too many drugs right before an arrest. They were not able to focus on his past criminal background, such as him robbing a pregnant woman and putting a gun to her stomach.

But Floyd’s criminal side won’t be remembered. He will be remembered as a big-hearted gentle giant who wanted to be a Supreme Court justice and was trying to turn his life around. He will be remembered as a great father, even though he barely knew any of his kids. He certainly didn’t take care of them. But he, a life-long criminal and drug abuser, is more valuable than any cop. Schools, streets, and maybe even military facilities will be named after him. He’s a modern-day Emmett Till, and you will have to kneel before his statues.

Chauvin will forever be a monster. He represents American white supremacy stretching back to slavery and lynchings. He will stand alongside Bull Connor and the Ku Klux Klan. He’s the face of “systemic racism” and every other imaginary problem in this country. His actions will justify a veritable revolution within our nation.

The revolution will come from above. President Biden said the verdict was a step forward, but more must be done to eradicate systemic racism. He said George Floyd’s “I can’t breathe” should motivate the nation to do everything Black Lives Matter wants. The Department of Justice announced the day after the verdict that it would launch a thorough investigation of the Minneapolis Police Department to assess them for racism. This is despite the police department fully cooperating with the trial and its officials testifying against Chauvin. There’s no reward for collaboration.

The House of Representatives passed the “George Floyd Justice in Policing Act” earlier this year, but it remains stalled in the Senate. The bill would neuter police and turn them into glorified social workers. Many police takedown techniques would be banned. “Racial profiling” would be banned. And criminals would be able to sue officers with the elimination of qualified immunity. It would also put local police departments under greater oversight by federal bureaucrats through a national registry of “police misconduct.” Biden supports the bill, and some Republicans may back it to make it become law. Lawlessness would follow.

There’s also now the added effect of the public seeing every police shooting of a non-white as a lynching. This is evidenced by three shootings in recent days. In a Minneapolis suburb, blacks threw a fit after a man resisted arrest and was accidentally shot. The man, Daunte Wright, had a warrant out for aggravated robbery. In Chicago, protesters marched after a 13-year-old gang member was shot by police after he pulled out a gun.

In the most ridiculous case, politicians, entertainers, and media outlets are demanding “justice” for Ma’Khia Bryant. She was fatally shot by police after she swung a knife at another black girl. Several influential people now argue cops should not respond to knife fights in the wake of this shooting. LeBron James, the most powerful athlete in America, tweeted that the police officer who shot Bryant is “next.” The new standard post-Floyd is we should tolerate all manners of black criminality. Just let the blacks stab and rob in peace.

The Ma’Khia Byrant shooting is obviously justified. If it occurred five years ago, the story would’ve died within minutes of the body cam footage’s release. Even liberal commentators would’ve accepted it as a warranted police action. But now the White House and other powerful forces want justice, and justice does not mean siding with the police.

In the new America, law enforcement’s only role is to police whites and enforce social distancing. “To protect and to serve the ruling caste and their favorite pets” is the new motto.

It’s understandable for Right-wingers to hate the police. They are the ones who will shut down our rallies and arrest dissidents for trumped-up charges. They do serve the corrupt system. But most of what they do is good. They are the thin blue line against chaos and criminality. They are the lone force holding back the massive tide coming for white Americans. Many cops are Right-wing themselves and hold dissident views. They spend most of their time arresting black criminals, not white dissidents.

But now they’re not even allowed to provide that good service.

Out of all the institutions, the police are the ones most like white America. They want to maintain order and stable communities. They believe in the rule of law and following the law. But, like many whites, they’re part of a system that is inherently opposed to these things. They’re trapped between the law and their own common sense. The new law tells them to impose anarcho-tyranny, but their common sense knows this undermines order. Some never resolve the tension and continue doing the job. Others leave the force, knowing it’s stupid to continue serving a system that hates them.

That’s why we are all Derek Chauvin. We all face persecution for doing our job and trying to preserve basic norms. He stands as a symbol of our plight. He is a political prisoner of the anti-white regime. We won’t win until people like him are free and police are once again the protectors of our community, not oppressors of the Right or punching bags for the Left.

Whether we like it or not, we are Derek Chauvin.

» Pressing the Snooze Button on the Ziological Clock