The Masculine Sport of Last Stands 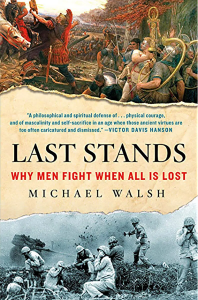 Last Stands is a good book. Its author, Michael Walsh, takes a look at the many examples of men fighting to the last and tries to understand their motivations. The book is full of insights that cut to the bone with the sharp edge of truth. One could say there is a great deal of Rightist philosophical thought within the pages.

The battles discussed by chapter are:

Other than the Battle of Shiloh, all of the battles take place on the frontiers of two civilizations — the border between Persian despotism and Greek liberty (Thermopylae) or the front lines of white American capitalism and Mongolian Communism (Chosin Reservoir).

Some of the book is a biography of Walsh’s father. Walsh the Elder was in the amphibious invasion of Inchon and was a First Lieutenant in the US Marine Corps during the siege and retreat from the Chosin Reservoir. At Chosin, the Marines weren’t really retreating. Instead, they were attacking to return to the port of Hungnam where they would evacuate to South Korea.

Compared to the invasion of Omaha Beach, the Battle of the Chosin Reservoir is mostly unknown, but the national security system consisting of a large standing army, a massive intelligence service, et cetera grew from the shock and surprise of the Chinese intervention in the Korean War that led to the battle. 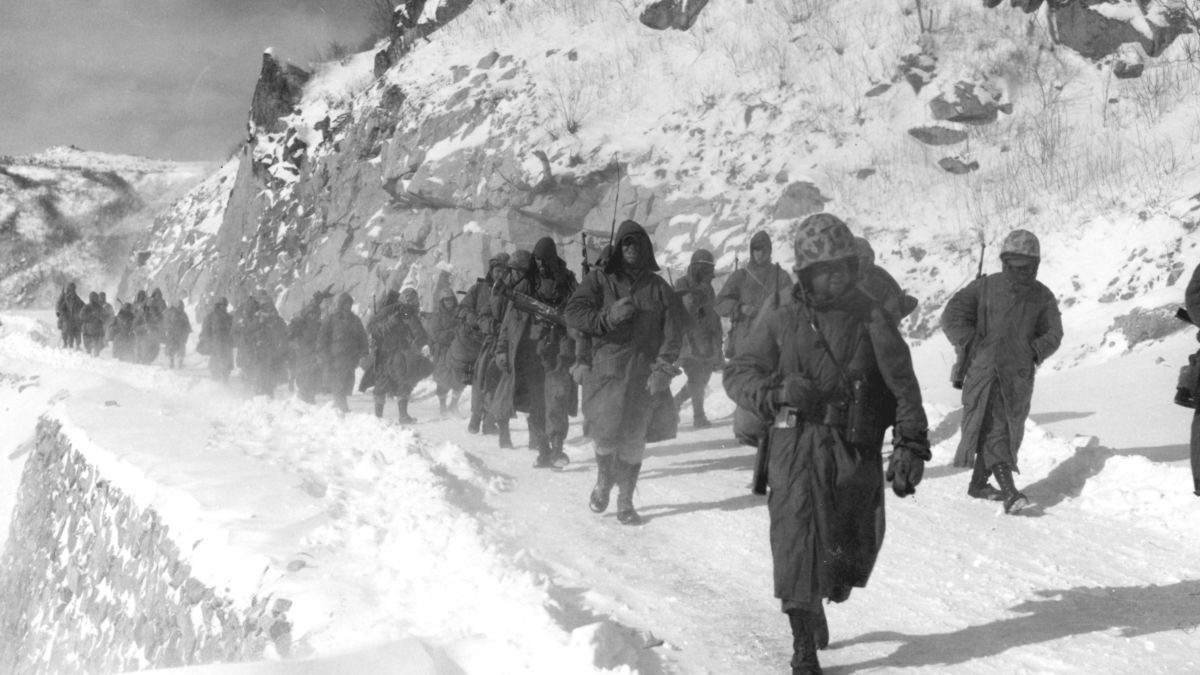 The retreat of the Marines from the Chosin Reservoir was actually an attack in the opposite direction.

War is related to Sex

When I was in the service, I had to throw two Korean subalterns out of the break room of the gunnery complex. Their enlisted men were training and it is the duty of an officer to train with their men. Instead of going quietly, they wept and cried and flopped on the ground and thought they were “disrespected.” Later, I reflected upon their behavior and the larger picture. The fact these Koreans were goofing off during an important exercise was part of the larger pattern of Koreans being unable to develop an effective military prior to 1950. [1]

A big part of the reason why men fight to the last is that they are defending their women and children. Fail to take military training seriously, and you lose the war. Lose the war and your women become rape victims and/or sex slaves of the conquering army. In the case of the Koreans, the women become prostitutes for their allied protectors. During World War II, their women were “Comfort Women” for the Japanese.

War is thus a man’s sport. “For every Boadicea from Celtic Britain or Volscian Camilla in the Aeneid, there are millions of their male counterparts, some sung, most unsung.” (p. 11) The men are protecting their women and children. That’s why real men fight so hard.

The Cutting Edge of the Blade of Truth

There are frontiers that divide the Americas too. The biggest one is between Spanish colonization (i.e. Mexico) where a white, wealthy aristocracy rules a mixed-race civilization versus the Anglo-Saxon settler society of the United States.

The frontier is a gentle one compared to that between Islam and the West — exemplified by the Siege of Szigetvár — but it is still sharp enough. Walsh writes of the last stand at the Alamo:

What was it about the Alamo that changed the history of the American southwest? Militarily, its importance was minor; just another fort to be conquered and re-subsumed into sovereign Mexico. The Mexicans had made the fatal mistake — as the Romans had a millennium and a half before — of inviting in foreigners from an antithetical ethnicity, faith, language, and culture and allowing them to flourish and supersede the natives in population and thus overwhelm them by sheer force of numbers — enhanced, of course, by considerable cultural and political animosity. Diversity, it seems, was of as little use to the Mexicans as it was to the Romans in the fifth century. There was no “strength” in it, only trouble. (p. 190)

Diversity is not a great strength in America today either.

Last Stands of fighting men are normally not the end of their society. Instead, they become a point of narrative focus of a drive for a larger victory. The big question for today’s America is will we be able to summon up the willpower for men to make a Last Stand that other men can avenge or will we fall apart?

Since the illicit second Constitution that is the 1964 Civil Rights Act, every communal endeavor the United States has participated in has failed to launch or turned into a disaster. For example, Obamacare is a clunky, unpopular program and no long war has been won. Vietnam, Iraq, and Libya are all disappointments. America’s Africanized and feminized military deploys like a beached whale.

Furthermore, the 1964 Civil Rights Act makes all cultures equal in a world where one’s government must protect one people and their culture.

By regarding all cultures as equal, or even superior, to one’s own, has not treason therefore become the highest form of patriotism? The cultural-Marxist import of ‘Critical Theory’ would have us ask these questions, not to illuminate the moral issues, which have long since been decided, but to sow doubt about our most basic social concepts: a pacifist, post-Christian, feminized West seemingly can no longer take its own side in a quarrel. (pp. 20-21)

It is up to us to create a compelling moral narrative to reverse the cultural-Marxist domination of America.

[1] Indeed there is a question if South Korea’s military is anything more than a paper tiger. It is an infantry heavy organization and has done little innovation.

» Sepulveda vs. Las Casas: A Battle Over Race in the Spanish Empire