Shortly after I graduated from high school, a young woman of my acquaintance fell pregnant. This was a scandal, of course, but the more alarming part of the situation was the fact that the father of the baby acknowledged paternity but refused to marry. The reason: when he was a boy, his mother had initiated a nasty divorce and he didn’t wish to go through such a thing himself. No male relation of the girl in question even attempted to persuade the young man to see to his duty. They quietly shrugged.

The young man was right. When I reconnected with the woman years later, she was on a third marriage and had two children with as many fathers. The young man’s attitude was unthinkable prior to the 1960s, but quietly tolerated later because the sexual revolution’s logic was apparent when this sordid affair occurred in the early 1990s. If you don’t marry, then she can’t divorce you.

Yes, she can’t divorce you. The divorce revolution is entirely fueled by women. It’s a sub-function of the wider sexual revolution. How the sexual revolution works as well as its political impacts are described in detail by Stephen Baskerville in his 2017 book The New Politics of Sex. Baskerville also wrote the 2007 classic Taken into Custody, which was reviewed by Counter-Currents’ F. Roger Devlin.

Before proceeding too far into this review, I wish to state upfront that Baskerville doesn’t mention much about the “civil rights” revolution. He does mention Title IX — a follow-up, feminist-inspired piece of law to the 1964 Civil Rights Act. This is a bit of an oversight; it’s forgivable since Baskerville is focusing on the politics of sex rather than race, but they are related. The 1964 Civil Rights Act is an illicit second constitution. It is written in such a way that any group that can successfully be analogized as Africans in the American South between 1880 and 1954 are eventually empowered by this act. Additionally, in the same way that all persons must claim “civil rights” is an unqualified good to maintain one’s social standing, so too is it with the sexual revolution.

If the 1964 Civil Rights Act is the foundation for the negatives of the sexual revolution, “no-fault” divorce is its central pillar. “No-fault” divorce was initiated throughout the states in the middle 1960s, often by conservatives such as then-California Governor Ronald Reagan. There was little pushback to this change, even among socially conservative Christians. This law appears to give a couple in an unhappy marriage the ability to separate without loss of honor. 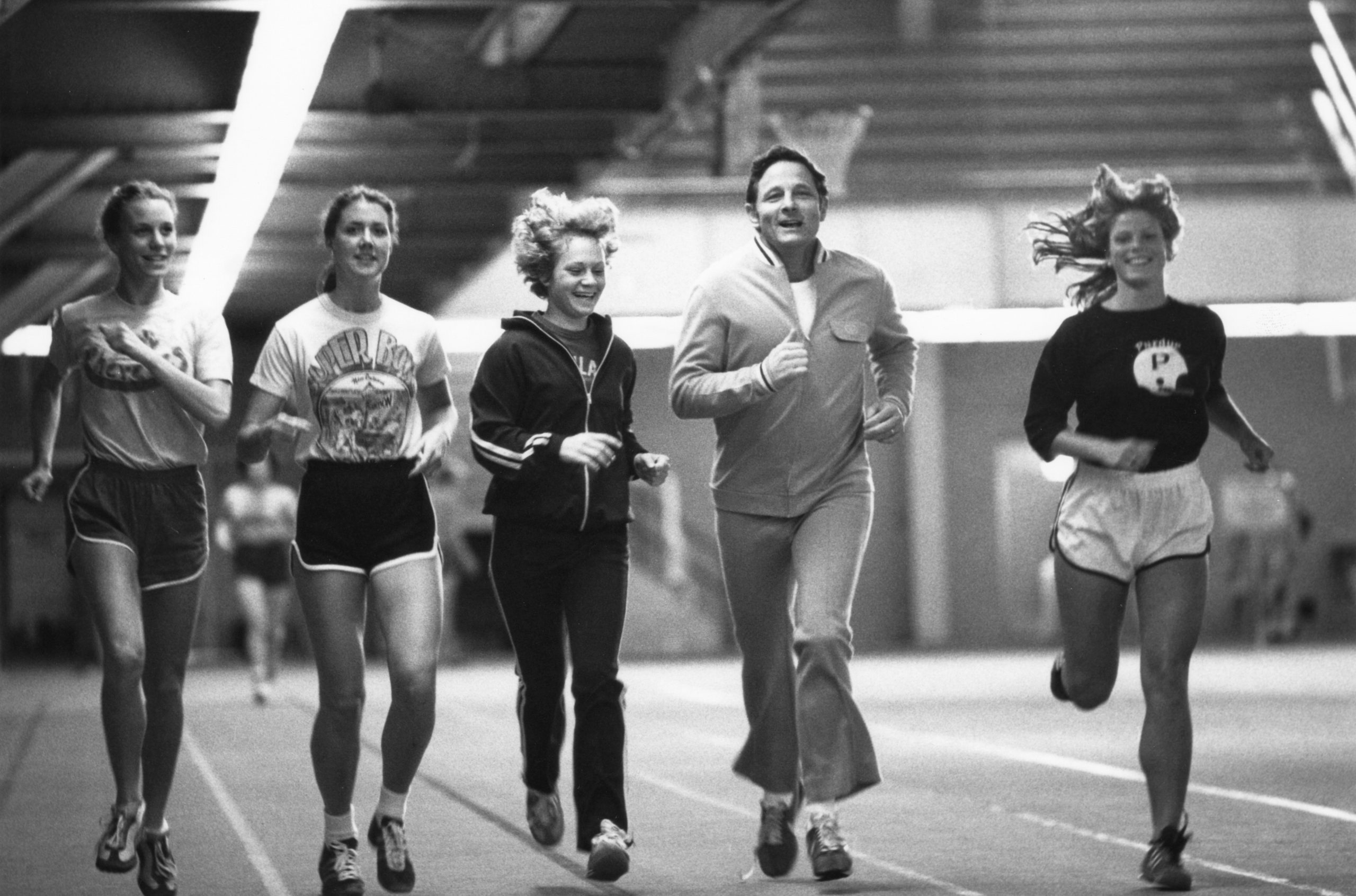 Senator Birch Bayh of Indiana (D) was a major supporter of “civil rights,” feminism, and an author of Title IX. He was one of the senators targeted and defeated by Jerry Falwell’s Moral Majority in the 1980 election. There is a case to be made that the rise of the “Religious Right” was a reaction to the many problems caused by the “civil rights” revolution.

Unfortunately, bolting without loss of honor was not what happened. The problem is that the new “sexual revolution” doesn’t take into account the natural arrangement upon which sex and marriage are based. To explain, marriage is an arrangement where a woman agrees to have a man’s children in exchange for his financial support. In other words, marriage acknowledges the fact that men and money connect and women bear and nurture children.

Additionally, marriage allows more children to be born since the couple doesn’t have to go out and do mate-seeking. Baskerville further argues that,

The purpose of marriage is not procreation but fatherhood: marriage allows children to have fathers. Marriage turns a man from a sperm donor into a parent and thus creates paternal authority, allowing a man to exercise the authority over children that otherwise would be exercised by the mother alone. Feminists understand this when they renounce marriage as an institution of “patriarchy” and promote single motherhood and divorce as positive goods for their own sake. Instead of recognizing this truth, conservative sentimentalists labor the cliché that marriage exists to civilize men and control their promiscuity. If so, that is part of a larger function: to protect the father-child bond and with it the intact family. [1]

In other words, marriage gives legal strength to the natural Darwinian impulse that biological fathers have to protect and mentor their children. Families headed by the biological father have little to no child abuse and are on a more sound economic footing.

With “no-fault” divorce this natural arrangement is upended. There is now a divorce industry. This industry is fueled by the natural impulse — suppressed by traditional marriage — that women have to take on a new lover when her baby is old enough to walk.

This industry cannot reform itself. Its customers are women seeking a divorce. Any judge or other legal potentate which sides with the father over the mother risks destroying the customer base foundation upon which the industry is based. Meanwhile, the industry rests upon a false narrative; that men are abandoning their families on their own. Baskerville writes,

While examples can be found of anything, no evidence indicates the ongoing crisis of fathers abandoning their children. It is now very clear that it has been driven throughout by policies and agencies rooted in feminist ideology. Single mothers are not being, and have never been, thrown into poverty by absconding men; they are choosing it because it offers precisely the “sexual freedom” that is feminism’s seminal urge, regardless of the consequences for their children and society. [2]

With an empowered divorce industry backed by the bayonets of the state, men who have a faithless wife but done no wrong are put through a court-sponsored system that separates them from the home that they own, takes their money to provide child support, and makes fathers criminals.

Once the children are separated from their natural fathers, they are at the mercy of their mother and her new lover. It is under this new arrangement that child abuse truly occurs. In his 2006 book The Murderer Next Door: Why the Mind is Designed to Kill, Professor David M. Buss found that the single greatest factor of child abuse or murder in the home was the presence of a stepfather instead of a natural father. The divorce industry hides this fact by combining the male lovers of the mother with biological fathers in the abuse statistics.

As a consequence of the above, there is a secondary industry — that of women prosecutors seeking to end “child abuse.” The most powerful of these crusaders was the late Janet Reno, former US Attorney General. In many ways, she is the perfect embodiment of feminism as shaped by the sexual revolution: She was childless and had no sexual allure. She was powerful, but lacking wisdom and judgment. She came upon the center stage politically during a moral panic in the 1980s surrounding alleged abuse of children at various daycare centers. Since that time, nearly all of those convicted during that panic have had their convictions overturned.

Indeed, the panic was a problem caused by the logical ends of feminism. Women were encouraged to work outside the home. Many came to work in the childcare industry. Their entry into the workforce decreased wages while increasing costs such as childcare. The children were outside the control of their natural parents and people suspected the worst and then had their fears confirmed by an overzealous feminist in authority. Those in her path suffered. Indeed, the fiery debacle at Waco was launched under the guise of “saving the children.” 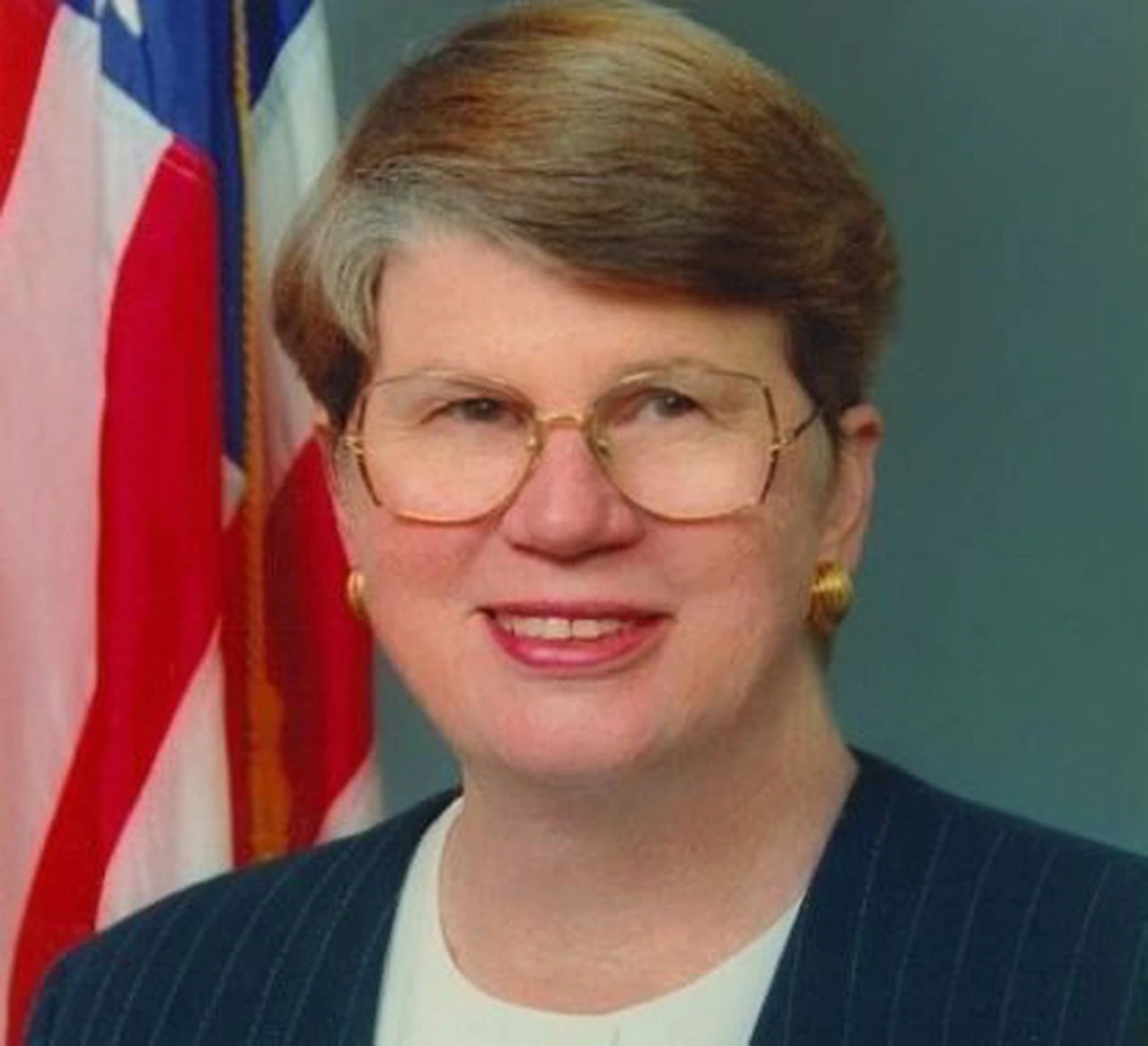 US Attorney General Janet Reno’s career can be summed up as power with no wisdom. Her career was spotted with disasters launched under the pretense that she was “saving children.”

Baskerville argues that conservatives collude with feminists ideologues. Because of this situation, there are all sorts of contradictions and problems. For example, women are “playing soldier” in the military. This situation requires enormous infrastructure to unsuccessfully keep them from being raped, while at the same time, America doesn’t win wars. Meanwhile, the military profession is saddled with political correctness and shallow thinking. This is a problem brought on because to be promoted, one must support the charade of “civil rights.”

The militant homosexual movement is also a big problem, and its power grows from “civil rights”-empowered feminist ideology. The progression of homosexual liberation is as follows:

While there is probably a group evolutionary advantage to homosexual men in the big picture, there are some big drawbacks to militant homosexuality as it is currently applied. First, homosexual ideologues empower black criminality through their shared dependence on the 1964 Civil Rights Act. Second, homosexual liberation caused the AIDS epidemic. Third, militant homosexuals encourage the suppression of obvious objective truth when people must accept transsexuals. Finally, their social victories prohibit public control of sexual matters. Indeed, the homosexual movement encourages bureaucrats and other civic officials to forego any independent analysis or thought — a very dangerous development indeed.

Sexual activity isn’t really a private matter. Sex is how the next generation comes about. Furthermore, all heterosexual sex outside of marriage will come to be seen, especially by the woman, as illicit. Hence the “hook up” culture at universities comes with the following rape hysteria.

Additionally, marriage policy is important. Marriage outside of one man and one woman, ideally for life, means that people won’t find partners. For every gay couple that marries, there are two women of the same social class who cannot find a husband. Additionally, acceptance of polygamy follows acceptance of homosexuality and it really matters — polygamous societies are all unstable and filled with violence. The State of Utah is troubled by boys sent adrift from their communities when they hit puberty. The next pending disaster from militant homosexuality is a bloody war launched against an able foe to advance homosexual liberation.

The biggest drawback of the sexual revolution is the suppression of white birth rates. Indeed, one might suspect that a hostile elite may deliberately endorse feminism to damage whites. In the 2016 movie The Red Pill, a Gender Studies Professor named Michael Kimmel asks rhetorically: “Is the men’s rights movement really the gendered version of the white nationalist movement?” The movie determines that this is not the case, but I believe there is some truth to this. Should feminism’s reign of terror end, problems that span child abuse to economic inefficiency will end, and the white birthrate will increase. Indeed, increasing white births could very well turn everything around. Young white men with IQs above 120 not yet born could very well lead our society to the stars.