The 2020 US Presidential Race So Far 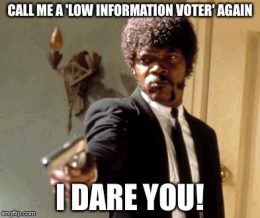 For decades how, White Nationalists have been telling Republicans that unless they halt the demographic decline of white America, their party is doomed, and the Democrats will create a one-party state.

Trump’s America-First trade and foreign policies, and his promise to reduce immigration — most of which is non-white — spoke to the demographic anxieties of white Americans. Trump ran as a populist, not a Republican. He won the votes of blue-collar democrats whose livelihoods are threatened by globalization. But, as a number of political scientists have argued since the election, economic populism was not enough to put Trump in the White House. His decisive advantage came from his appeal to white identity politics.

Even so, Trump won by a very narrow margin. Over the last four years, that margin has been shrinking as a lot of white Trump voters have died, while a lot of non-whites, who vote Democrat 70% of the time, have been added to the voter rolls.

To ensure his re-election, Trump needed to prioritize two things from his first day in office: (1) stopping non-white immigration, legal and illegal, and (2) ending voter fraud, which almost entirely committed by Democrats and their allies.

The Left’s strategy makes a mockery of democracy. The democratic idea is that the government is more likely to secure the common good if the ruling elites are chosen by the populace. It completely turns democratic legitimacy on its head if elites instead get to choose the people through race-replacement immigration schemes.

Trump has done some good things to reduce immigration and other forms of election tampering, but it was probably too little, too late. This means that the 2020 US Presidential Election is the Democrats’ to lose.

But it looks like the Democrats may be just stupid enough to lose it.

Until this week, the frontrunner for the Democratic nomination was Senator Bernie Sanders of Vermont. Not only is Sanders a Marxist, and thus well to the Left of the Democratic mainstream, he is not even a member of the Democratic Party. Sanders is widely despised by the Democratic leadership, who reject Marxism for neo-liberalism and non-white identity politics, best symbolized by San Francisco’s rainbow anti-homeless boulder. 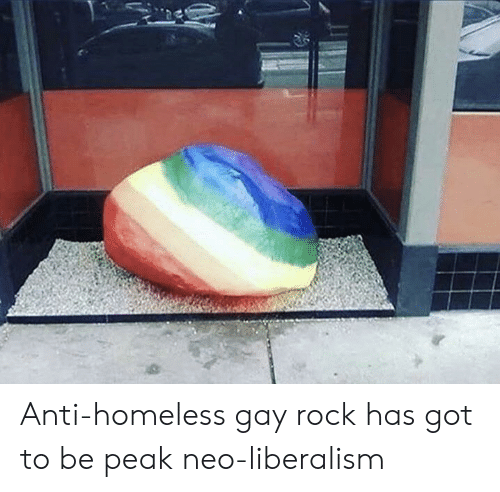 I didn’t think Bernie’s lead would last very long. After all, the Democrats are responsible for virtually all election fraud in America. They diddled Sanders out of the nomination in 2016, and they were prepared to do it again if they could not beat him any other way.

The only question in my mind was who the Democrats’ nominee would be. He or she would have to be a centrist, because the oligarchy wants to keep its riches. That would eliminate Elizabeth Warren. So the nominee would be Joe Biden, Pete Buttigieg, Amy Klobuchar, Tom Steyer, or Mike Bloomberg.

I honestly did not think that Joe Biden would get the nomination. Biden has always been a weirdo, and now he’s an old, feeble, senile weirdo. Biden has a long history of truly creepy behavior with women and girls. He has a long history of clumsy and pathological dishonesty: plagiarizing other politicians and telling bizarre lies. He and his family are obviously corrupt. He’s a shameless shill for the usurious Delaware-based credit card industry.

Of course scandals like these never stopped the Clintons.

But Joe Biden is obviously falling apart. Thus far in the race, we have seen his false teeth come lurching out of his mouth, and we have seen one of his eyeballs fill up with blood.

But Joe Biden is obviously going senile. He is often visibly confused. He babbles incoherently. He mistakes his sister for his wife. He forgets what state he is in. He forgets what office he is running for. And, as he slips deeper into senility, his already wobbly self-control is getting ever weaker. Thus his creeping gets creepier, and his lies get weirder.

It is only going to get worse. As he moves from the primaries to the convention to the actual Presidential race, the punishing schedule and crushing stress will intensify. This drooling dolt should be staring vacantly at a TV in the geriatric wing of a prison, not running for President, much less actually being the President.

Many perceptive Democrats saw this, which is why Pete Buttigieg and Amy Klobuchar performed so well in the early primaries. I figured that if Buttigieg stayed in the race long enough for Biden and Sanders to fade, he could walk away with the nomination. He would be perfect for the Democrats. As a bland centrist, he would allow the oligarchy to continue raping the people, and as a gay historic first, he would allow them to feel good about themselves. He’d be the rainbow anti-homeless boulder as President.

But then came the South Carolina primary, which is determined by (ahem) less-perceptive Democrats. For some reason, African American voters don’t see Biden’s increasingly obvious cognitive decline as a disqualification, if they see it at all. Bernie bros refer to Biden supporters as “low-information voters.” To be more precise, Biden was carried to victory by low-IQ blacks. Biden is so popular among black voters that outright fraud was probably not even necessary. He won handily.

Then the party establishment put the word out: It is time to unify behind Biden. Phone calls and horse-trading started. Buttigieg and Klobuchar were the first to drop out, followed by billionaires Steyer and Bloomberg.

All these people know that Biden is not qualified to be President. If they felt the slightest twinge of duty toward their country, or even just their party, they would have stayed in the race. But they’re all calculating sociopaths. They expect to be well-rewarded for their treason.

Perhaps the Vice Presidential slot was dangled as an incentive. Given that Biden will be unable to govern, whoever becomes his Vice President will very likely end up running the country, along with a camarilla — or should I say cabal? — of unelected party insiders.

What I want to know is: Who are the geniuses who put the fix in for Biden? Surely, their names are a matter of public record. Who decided — from a population of more than 300 million people — that Joe Biden is the most qualified man to be the next President of the United States? Wouldn’t you like to know their names, in order to hold them accountable?

Buoyed by the departure of his centrist rivals, Biden trounced Sanders in the primaries on Super Tuesday  (or, as Biden called it, “Super Thursday”). He may even have won without fraud.

Biden is now the presumptive nominee, although Sanders has been strengthened going into the next primaries by Elizabeth Warren’s departure from the race.

Running a manifestly senile man for President is a consummate act of cynicism. The Democrats are committing a massive fraud against the American people. It is a bait and switch, because Joe Biden cannot perform the job he is running for. Instead, that will be handled primarily by people who are not elected.

Hereditary monarchy is supposed to be bad because occasionally a degenerate or mental incompetent is foisted upon the populace. But in late-stage democracies, such people are actually elected. That is far worse.

The sad truth is that there might just be enough cynics, dupes, and “stop-Trump-at-any-cost” hysterics to put Joe Biden in the White House.

I hope that Trump can beat Biden.

It is a gift to Trump to be opposed by the one Democrat less articulate than he is. If I were Trump, I would run as conciliatory and centrist a campaign as possible, since a lot of Democrats are going to have serious doubts about #SenileJoe. I would also confer with experts on dementia, to come up with strategies to exploit Biden’s weaknesses in debates. Dementia does not just affect memory but also self-control. It would be nice if we could get footage of unhinged rage along with all the babbling and confusion. It is cruel, but not as cruel as delivering the Presidency to Joe Biden and the people who pull his strings.

If Biden is the nominee, it would be foolish for Trump to underestimate him, precisely because Biden cannot be the brains running his campaign. The Democratic Party may have stupid, crazy, and evil aims, but they are clever, disciplined, and evil in pursuing them.

From a metapolitical point of view, the best outcome is an election fought over the issues of globalism vs. nationalism, since that is a battle White Nationalists cannot lose. If Sanders were the nominee, the race would be about capitalism vs. socialism, which is not a debate worth having. I don’t want the Koch and Cato types to have any relevance whatsoever. With Biden as the nominee, however, chances are this race will be entirely about personalities, not principles. I just pray that Trump will dial back his pointless and disgusting pandering to blacks.

This race might not be the opportunity to educate the public that we enjoyed in 2016, but it is bound to be entertaining.