The Glory of the Æsir:
Bloodstar 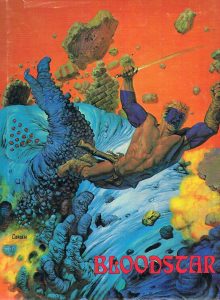 Bloodstar is a post-apocalyptic sword-and-sorcery graphic novel based on a short story by Robert E. Howard (“The Valley of the Worm,” from the February 1934 issue of Weird Tales) about a warrior who must defeat a giant worm-like creature that threatens to destroy his race. Published in 1976, it pioneered the medium of the graphic novel, and was the first graphic novel to describe itself as such in print.[1] Jewish cartoonist Will Eisner’s A Contract with God and Other Tenement Stories is sometimes referred to as the first self-proclaimed graphic novel, but Bloodstar was published two years earlier.

The eponymous protagonist, Bloodstar, belongs to a race of fair-haired warriors called the Æsir, whose name hearkens back to Norse paganism (the Æsir were the more warlike pantheon, as distinguished from the Vanir, though the term can also refer to the unified pantheon of Norse deities that emerged after the Æsir-Vanir War). He describes himself thus in Howard’s tale: 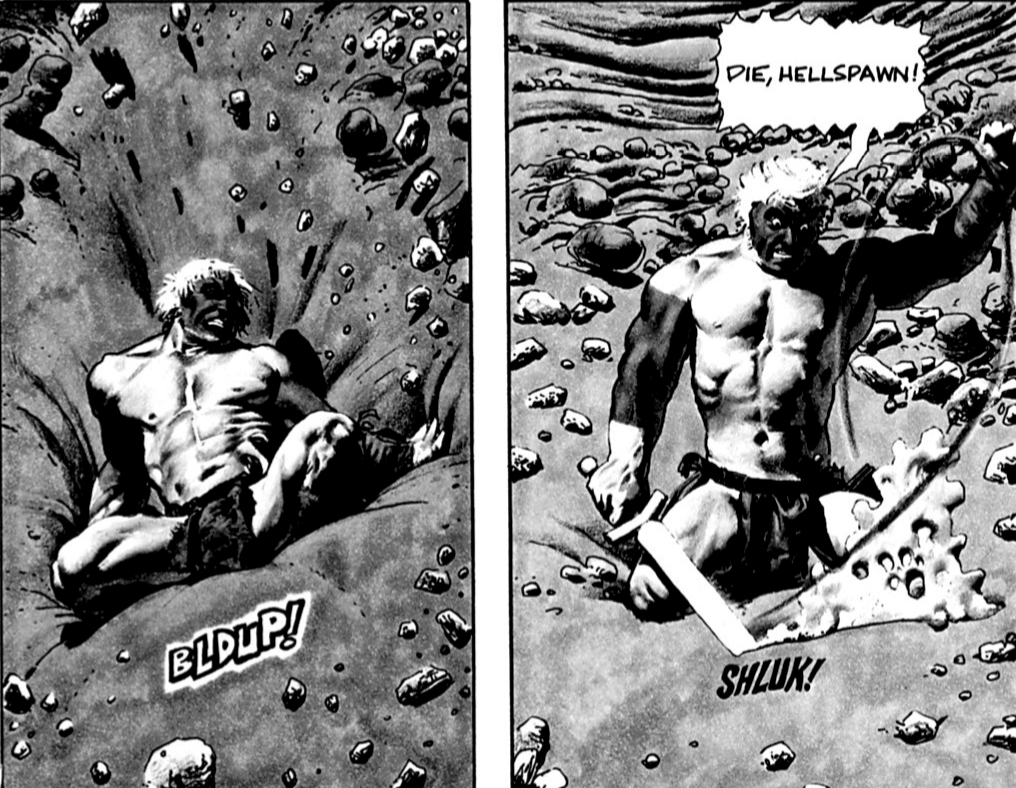 Bloodstar has been out of print for decades, and most copies on the market are very expensive, but it is available on Scribd. It is a must-read for fans of Howard and Corben, those interested in the history of comics, or anyone who simply likes a good adventure tale.

[1] George Metzger’s Beyond Time and Again and Jim Steranko’s Chandler: Red Tide also billed themselves as “graphic novels” and were published in the same year, but the former was a serialized comic, while the latter is considered a work of illustrated fiction rather than a graphic novel.