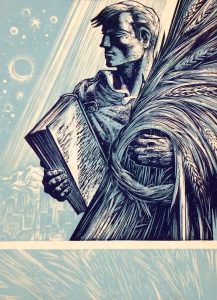 “. . . the U.S. Constitution poses no serious threat to our form of government.” — Joseph Sobran

In my essay “Whitopia,” I defended the reluctance of White Nationalists to offer detailed blueprints of how ethnostates will be organized politically and economically. Indeed, to offer such accounts plays into the objection that White Nationalism is an abstract, utopian ideology. The best response to the charge of utopianism is simply to point to de facto and de jure ethnostates around the world, both in the present and the past. Moreover, all of the laws and policies necessary to turn the United States into an ethnostate have actually existed within the last century. Thus, in answer to those who want specifics, we need not offer abstract speculations, but concrete, historical examples of ethnonationalism in action. We know White Nationalism is possible, because it has already been actual.

The desire for constitutions also ascribes too much importance to written documents. The US Constitution is a masterpiece of political thought, but is it actually the foundation of the American political system? No, not really. The best way to appreciate this is to compare America and England, which are quite similar in their cultures, laws, and political institutions. Yet England has no written constitution at all. By contrast, the Constitution of Liberia that was effect from 1847 to 1980 was based closely on the US Constitution, but Liberia hardly resembles the United States in its culture and government.

The relative powerlessness of constitutions — both written and unwritten — is underscored by the fact that virtually every European government today has adopted policies of race-replacement immigration, a course of action so perverse that the wisest of legislators could not have foreseen and forbidden it. Indeed, they would have been mocked as insane if they had even suggested the possibility. Moreover, white genocide has become policy without fundamentally altering the written or unwritten constitutions of European societies. Time-hallowed parchments and institutions did not stop the rise of anti-white regimes. But, by the same token, they cannot stop the return of pro-white regimes either. But for pro-white regimes to return, we have to understand the true foundation of political power.

Basic metapolitical ideas include questions of identity (who are we, and who isn’t us?), morality (what are our duties to ourselves, our nations, our race, and other nations and races?), and practicality (how can we actually create white homelands?). Any institutions and communities that exercise influence over the political realm are metapolitical. These include political parties and movements, educational and religious institutions, the news and entertainment media, organized ethnic and economic lobbies, and secret, unaccountable cabals now loosely referred to as “deep states.”

One of the crucial distinctions between hard and soft power centers on the idea of accountability. Hard political power is, at least in theory, accountable to the people. Political accountability ultimately means that the people who make political decisions are known to the public and can be punished for betraying the public trust. But the exercise of soft power has no such transparency or accountability. Soft power allows the destinies of nations to be shaped by individuals whose identities and agendas are obscure and who are essentially unaccountable for the consequences of their actions. Indeed, they are often foreigners, with no ties and loyalties to the nations they manipulate.

As I discuss at greater length elsewhere, another term for metapolitical soft power is “hegemony.” The Greek word hegemonia means leadership, domination, or rule exercised at a distance. Hegemony is remote control. Specifically, for the ancient Greeks, hegemony referred to imperial or federal leadership, in which the hegemon rules over other states with regard to foreign and military affairs but leaves domestic matters in their hands. For the man in the street, therefore, hegemony appears as a distant, indirect, mediated, “soft” form of power.

Hegemony can also take an intellectual and cultural form, ruling over the political realm by shaping the values and ideas that set the parameters and goals of political debate and activity. For instance, the hegemony of anti-white, pro-multicultural ideas in American politics today means that it really does not matter which party holds power, since their power will be used against white interests. But the converse is also possible: if White Nationalist ideas attain cultural hegemony, it will not matter which party holds political power, since all of them will treat white interests as sacrosanct.

The New Left — the best example being the Frankfurt School — replaced politics with metapolitics, the hard totalitarianism of the Old Left with the soft-totalitarianism of Leftist cultural hegemony. The New Left realized that Leftist values could be imposed without a violent revolution and a totalitarian, one-party state, simply by taking control of education and culture. One can have total social hegemony while maintaining the illusion of freedom and pluralism by ensuring that all competing cultural currents and political parties adopt the same Leftist values, differing only on inessential matters.

The New Left was wildly successful. Today we live in a Left-wing, soft totalitarian society, which Jonathan Bowden characterized as a “Left-wing oligarchy,” a system of vast economic and political inequities in which everyone piously mouths Left-wing slogans.

Just as the Old Right took guns to a gunfight, the New Right must take ideas to a battle of ideas. We must deconstruct the hegemony of anti-white ideas and replace them with a counter-hegemony of pro-white ideas. We must create our own metapolitical organizations — new media, new educational institutions, and new forms of community — that can combat and replace those in anti-white hands. We must fight bad ideas with better ideas — institutional subversion with institutional renewal.

Two political models that have wide appeal in the broader White Nationalist community are useless in this metapolitical struggle: libertarianism and the Old Right-style White Nationalist organizations, which are now referred to as White Nationalism 1.0. Both approaches tend to view politics as solely a matter of hard power. They also tend to overlook or underestimate the role of soft power.

Libertarians oppose the exercise of hard power by the state, which is in principle accountable to the common good, but they have absolutely no problem with unaccountable soft power as long as it is exercised by private actors. Libertarians oppose government censorship but have no problem with corporate censorship promoted by private organizations like the Anti-Defamation League and the Southern Poverty Law Center, which draw up politically correct terms of service and employment to be adopted by institutions and compile lists of dissidents to be silenced by social media, fundraising platforms, web hosting providers, and financial services companies. The only objection a libertarian could have to total Jewish media domination is if the checks bounce. Otherwise, it’s all “voluntary.” Libertarians can, however, be counted on to oppose any government regulations to stop corporate censorship and deplatforming. Thus libertarianism not only blinds people to the workings of soft power, it opposes on principle any use of government force to curb it.

As for the Old Right’s contemporary imitators, they spend their time imagining race war scenarios in which armed revolutionary parties defeat the United States government, as outlined in the novels of William Pierce and Harold Covington — and the more impatient and anti-social types occasionally go on shooting rampages. When Communists and anarchists LARP as Bolsheviks, the Old Right shows up with helmets and shields to LARP as Nazis. Although the intellectual and moral case for White Nationalism has never been stronger, and the intellectual and moral case for multiculturalism has never been weaker, White Nationalists cannot defeat the armies, police, or even the mall cops of modern societies in armed struggle. It is the height of strategic folly to abandon our greatest strengths and refuse to attack the enemy where he is  weakest, and instead attack the enemy on the plane of hard power, where he is strongest and we are weakest.

This is not to say that there is no room for street activism today, but it has to be understood as a metapolitical activity, a form of propaganda, not as a battle to control the streets. Actual politics comes later, once we have laid the metapolitical groundwork.

To conceive of White Nationalism as politics without metapolitics — as simply a struggle for political power, regardless of whether the people sympathize with us or not — is basically to put ourselves in the position of an invading army or an unpopular revolutionary party, which seeks to conquer the state and impose its will on the people. This is the trap of the Old Right model.

The opposite extreme is metapolitics without politics, but this approach actually has a chance of working. If White Nationalists attain complete hegemony in the metapolitical realm, that means that white interests will be sacrosanct, and anti-white ideas will be anathema. In such a situation, White Nationalists need not organize as a political party to capture the state, because we will have captured the minds of the public, and all the existing political parties will be de facto White Nationalist parties, because they will serve white interests. In such a society, we would still be arguing about abortion and taxes, but it would be an argument between white people alone. There would be no possibility of allying with non-whites to gain short-term political advantage over our own flesh and blood, and the degradation and destruction of our race would simply be outside the realm of political possibility.

Frankly, this would be “whitopia” enough for me.