Ianva, the Kiss of Italian Neofolk

I would like to introduce the Italian neofolk band Ianva (translated as Genoa) and their album La Mano di Gloria. Ianva started playing around 2003, bringing together different musical styles such as classical music, weird-sounding gothic, progressive rock, Black Metal, and music from the 1920s and ’30s. Although I referred to Ianva as neofolk, the listener should not expect apocalyptic folk in the mold of Death in June or my favorite, Blood Axis, but rather a musical experience in the style of gothic-neoclassical Ataraxia, which Ianva occasionally approaches in style.

Ianva started playing as a small group of musicians around 2003 on the initiative of Mr. Mercy. Before Ianva, he had a progressive rock band, Malombra, and a gothic band, Il Segno del Comando. After that the band was expanded by musicians Francesco La Rosa (who had previously produced some alternative versions of traditional Italian songs), as well as the bassist from Black Metal’s Spite Extreme Wing along with classical musicians Riccardo Casazza on accordion, Fabio Fabbri on trumpet, and Giuseppe Spanò on piano, as well as Argento from metal’s Astrophagus. This line-up was then filled out by singer Stefania T. D’Alterio.

In 2005 the band released their first EP, La ballata dell’ardito, followed by the full-length album Disobbedisco! The latter album was dedicated to Italian writer Gabriele d’Annunzio and was released by Antica Fonografia Il Levriero. A new EP, L’Occidente, was released in 2007. In the meantime, Argento left the band and decided to continue his university career.

Their most important album is considered to be Italia: Ultimo atto (2009). It is a concept album depicting various important moments in Italian history. For example, the songs “Dov’eri tu quel giorno?”, “Galleria delle Grazie,” and “Negli occhi d’un ribelle” deal with the chaos in Italy on September 8, 1943. “In compagnia dei lupi” is about the murder of Wilma Montesi, and “Piazza dei Cinquecento” is about the famous murder of Pier Paolo Pasolini. The album ends with the Italian normalization of the 1980s and ’90s. Furthermore, Ianva managed to release the album La Mano Di Gloria in 2012, which I will discuss below. The band’s next album was released in 2015: La Ballata Dell’Ardito — Memento X-C, and it is about the transformation of old traditions in a new dress. The band likes to describe itself as archaeofuturistic.

Their last full-length album is Canone Europeo (2017). The record tries to evoke myths and rituals long forgotten by modern society. Ianva capitalizes on her ten years of experience in making music in it; I recommend comparing it to their first album, Disobbedisco!, from 2006. The band has come a really long way.

On the latest, the band musically works with typical folk motifs and a militant epic mood. Notable in this sense is the first full-length track, “Hellas,” where the previous track, “πρόλογος,” works “only” as an intro and refers to Sophocles’ Antigone.

“Canone Europeo” is the title track of the album and denotes proportional norms and rules. The composition is primarily meant to refer to the canon of the Greek sculptor Polykleitos of Argos, as applied to his famous statue of Doryphoros and described in a now-lost writing from his time. His canon was based on the proportions of the human body and on so-called contraposition.

Ianva is quite attached to its native Genoa and its chanson tradition, represented by names like Fabrizio De Andrè, Umberto Bindi, or Luigi Tenco. The group also calls the trend of Italian gothic and neofolk bands taking over everything Anglophone detrimental, preferring to cultivate their local tradition even if it doesn’t achieve the fame it deserves from afar. 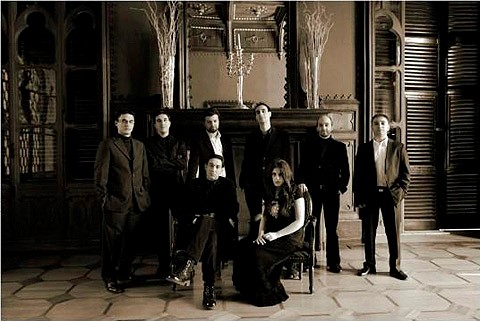 The band has so far managed to perform at the most important European gothic festivals, for example at Wave Gotik Treffen 2009 and at the same festival in 2013, as well as at Summer Darkness 2010 and Entremuralhas 2016. But Ianva prefers more intimate events in museums, stylish clubs, castles, and palaces, where their music must sound really beautiful. He considers one of the highlights of his concert appearances to be the event at Il Vittoriale Degli Italiani, the villa belonging to the Italian writer Gabriele d’Annunzio. Today the villa is his museum.

The album presents us with a fictional story of patriotic dreamers who can’t and don’t want to come to terms with the modern world and everything it represents. Their response to this world is an aristocratic revolt, which guides us through the album’s whole story by means of various gestures. The story takes place in the financial oligarchy’s bureaucratic totalitarian system, where this system offers no positive values to the people and leads the whole of humanity towards gradual extinction. A small, intellectually mature group opposes this endeavor, and over time manages to bring some of the common people over to its side.

The whole story is based on Renato “Mercy” Carpaneta’s anti-utopian three-volume novel, which is over 1,800 pages long and written in antiquated language. It has only been published in Italian so far. The band has grasped the entire complex subject with a very light hand, conjuring diverse images from the realm of this fantastic work of fiction using the atmosphere of medieval castles and the ancient customs of native Italy in stark contrast to the stripped-down, nameless, corporate-dominated world of modernity. The album is thus ultimately an aesthetic subversion, asking questions about the meaning of human existence in the contemporary world in the form of a fable, and also finding interesting answers to them. 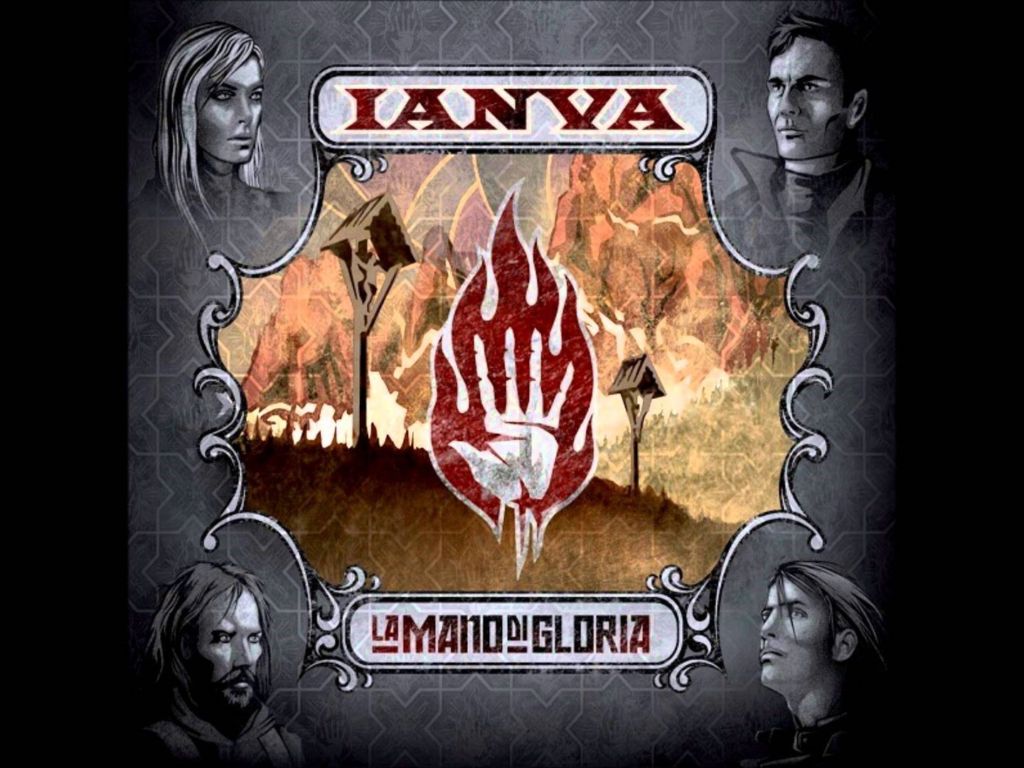 The album is a vast saga, with everything that goes with it. Here we find a story of great love, adventure, self-sacrifice, lofty thoughts, and rebellion. As in the books, we are guided through the story by several main characters who present us with their inner world and dreams of an “eternal” art that will not merely become a short episode in the history of mankind; dreams of a significant act that will mean life in the midst of a deadened world of banalities; and dreams of “eternal” Italy, its landscape, its people, and the metaphysical transcendence of man.

As is customary with Ianva, the musical scenes are dominated by a mood of formidable combat and an atmosphere of heroism and masculine virtues. This atmosphere is occasionally broken by a woman’s high-pitched singing, reminding the protagonist that the world goes on even after his determined and self-destructive act through the child she bears. Unlike the previous albums, there are various psychedelic elements to this one.

La Mano di Gloria is a very refined album aesthetically, and I personally consider the second track, “Il Bello Della Sfida” (The Beauty of Revolt) to be its highlight. So let yourself be carried away by its atmosphere. If you are interested in it, please write so in the comments.

You can listen to the entire album along with interactive pictures and English commentary here:

« Lessons from Little House on the Prairie

» So Much Winning in Hungary