When the Anglosphere Began to Hate 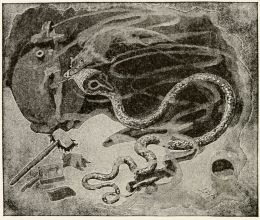 When Church of Satan leader Anton Lavey died, his daughter told reporters, “He said his epitaph should be. . . ‘I only regret the times that I was too nice.’”

I’d dealt with this level of harassment from that mentally ill skank for a solid year until the night I finally snapped. And after I’d realized that maybe she WAS disgusting and that no one SHOULD understand or accept her, she went full borderline personality disorder and set up her humble shepherd for slaughter.

Again and again, I am Charlie Brown and the world is Lucy with a football, snatching it away at the last minute and causing me to land on my ass.

To rework an often misattributed quote, it’s better to admit you’ve been a fool than to double down and become a fool for life.

“The Beginnings” is the name of a 1917 poem by Rudyard Kipling that has been mangled and misrepresented online as “The Wrath of the Awakened Saxon.” But Kipling actually hated Saxons, especially after he lost his son at the hand of Germans in World War I. The poem is about how the Anglos rather than the Saxons are very slow to anger but are brutal once that anger is roused. A sample verse: