Are We Ready For “White Boy Summer”? 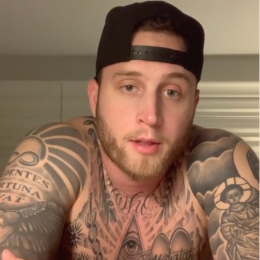 “I got this feeling that this summer is going to be a white boy summer,” Hanks said in a viral Instagram video. He made sure to define what kind of “vanilla king” he was talking about. “I’m not talking about Trump, NASCAR-type white. I’m talking about me, Jon B., Jack Harlow-type white boys, you know what I mean?” All three of the mentioned white dudes perform black music and affect black styles. You could call them “wiggers,” especially Chet.

I will never stop screaming pic.twitter.com/aJlwo1gbqm

White boy summer, for all its goofiness, presents an uncomfortable sight for the system. Even though the meme promotes a black-drenched and politically correct white masculinity, it’s still too threatening for our guardians of culture. Our society cannot tolerate any celebration of white men as white men, much less a whole season dedicated to white men.

Hanks has rules and regulations for white boy summer. The initial list mostly dealt with not wearing prep attire such as plaid polos and Sperry footwear. He recommended simple t-shirts and street shoes. Wigger attire has improved since the release of Malibu’s Most Wanted. In that comedy film, the wiggers wore baggy pants and durags. Chet Hanks looks less ridiculous than that, even if he still imitates black speech.

Internet critics lambasted the rules for not including warnings against racism. Sure enough, Hanks followed up with a video telling his followers that prejudice was not white boy summer and encouraged love for everyone. He ran into more trouble when he issued merchandise emblazoned with “white boy summer” in Gothic font. The likely intent was to emulate gangsta rap albums, which love the font. But skinheads and other “white supremacists” also love the font, further degrading Hanks’s season in the eyes of journalists and Leftists.

Hanks released “Black Queen Summer” merch to coincide with his white boy merch. The son of Tom prefers black women and has a mixed-race child with a past partner. “You can’t be a real ivory king without a black queen,” he said in a promo for “Black Queen Summer.”

Needless to say, Chet Hanks cuts an odd figure for a white advocate. His whole life centers around black people and their culture. He even tries to speak like them, from his usual quasi-ebonics to occasionally affecting a Jamaican patois. This made all the funnier by being Tom Hanks’s son, Hollywood’s go-to actor for Mr. Ordinary White Man.

There’s a clownish aspect that protects the meme from outright cancellation. He may be problematic, but Chet Hanks can’t be considered a white supremacist. He’s even ranted against Donald Trump and other Right-wingers. It’s (sorta) okay to be white if you’re a clownish wigger.

New Yorker writer Naomi Fry best expressed the chattering class’s thoughts on white boy summer. “The message, it seemed, was that being a white boy shouldn’t be a special source of pride; in Hanks’s telling, white boys were a little idiotic and little pathetic, and most certainly in need of help, for which he was the self-assigned source,” Fry writes. According to her, white boy summer promised to make whiteness mundane and laughable again. But the neuroticism shared by Fry and her class is still incapable of seeing whiteness as anything less than the greatest threat to America.

“Under the Trump Administration, mundane, everyday things — red baseball caps, the gay anthem ‘Macho Man’ — were hijacked as symbols of a toxic nationalism,” she writes. “The Biden Presidency seemed, conversely, like an opportunity to bring back the notion of an anodyne whiteness, one that doesn’t fill anyone who is not a white boy with immediate dread. That was the initial potential of white-boy summer, as promised by Hanks, a sort of good-vibes emissary, and the son of the closest thing that America has to a father figure.”

But Chet can’t do this, because he’s accused of abusing one of his black ex-girlfriends and has previously used the n-word. Hanks even defended his use of the n-word as an expression of unity within the hip-hop world, regardless of race. He’s also too problematic, according to Fry, because he has muscles and swagger. She writes how she would watch Hanks’s many Instagram videos and constantly worry he may slip into hardcore racism. She would breathe a sigh of relief at the end of a video with no racism.

“It may be difficult, if not impossible, to make whiteness mundane again,” she concludes.

Fry and other writers hoped Hanks could present a new and approved white masculinity that liberal harpies could vibe with. They treated his meme as a dashed opportunity. Others saw it as a “neo-Nazi” marketing campaign from the start. Raw Story published a story with the hilarious headline: “How Tom Hanks’ son is inspiring Neo-Nazis eager for the return of the Third Reich.” The story shrieked over Right-wing memesters combining white boy summer with ironic memes about Kyle Rittenhouse and bad optics. The liberal outlet determined that these posts made white boy summer very, very dangerous.

Despite the condemnations, white boy summer lives on. Should we be happy with it? For the meme value alone, yes. White boy summer is a mainstream hashtag we can appropriate for our own uses. We don’t need to affect black mannerisms or styles to participate. Another hot summer of race riots and Black Lives Matter evangelism awaits us. It’s good to have a ready-made hashtag to counter all the negativity we’ll see and trigger our enemies with the truth that it’s our summer. 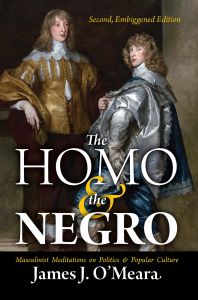 But it should be done without Chet’s rules and ideas. One of the tragedies of modern life is how many white males think their own people can’t be masculine. They associate whiteness with dorks and effeminacy. Blacks, on other hand, are macho and cool. Their culture and music are masculine and energetic. To be a real man, you have to emulate blacks rather than uptight whites. This mentality is the root of wiggerdom and it’s promoted by the system. White masculinity is declasse and racist; black masculinity is valued and celebrated.

Sensible white people need to avoid the black masculinity trap. Chet Hanks, from his substance abuse to his miscegenation, doesn’t provide an example for white people to follow. That’s why we need to make white boy summer our own.

It’s a great meme that shouldn’t be wasted on wiggers.

« Every Phoenix Needs Its Ashes