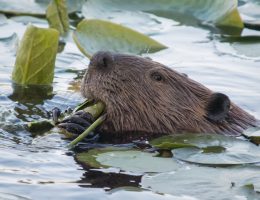 Throughout the United States and Canada, we have an animal called the beaver whose behavior reflects the best of our nature. Like much of our population in recent years, the beaver is stout, and not very photogenic. He has tiny eyes and a huge nose, bright orange teeth, and when on land has a waddling gait like a penguin. However, despite the doofitry of his appearance, he is a wise creature from which we can learn much.

The beaver does more than any other animal besides humans to make his environment suit him. He is most famous for his ability to build dams out of branches, rocks, leaves, and mud, which slow the flow of rivers. This can lead to the flooding of surrounding areas, which gives the animal easy access to more trees, a source of food and construction materials. The beaver is even known to dig canals into the surrounding forest for the same purpose.

His dam also creates a relatively still pool, where he builds a sophisticated structure known as a lodge out of logs, branches, and mud. This is his home; he uses the space to eat, sleep, and raise his young. Here he is protected from predators such as coyotes and mountain lions, as they cannot access the underwater entrances.

Like us, the beaver can feel compelled to alter his environment even when it is not practical, as demonstrated by an interesting experiment in 1983. A tape player with the recorded sound of rushing water was placed on land at dusk, which is when the beaver normally wakes up. The next morning, the beaver had built an imitation dam on top of it. The beaver does not have very good eyesight, and seems to depend more on his hearing and other senses. He surely knows whether he is in the water or not, but somehow his consuming instinct to build overrides this.

Whether the beaver is aware of it or not, his engineering projects have quite an effect on his environment. His dams reduce erosion and trap sediment, improving the quality of the water. They also create wetlands, which serve as habitats for various animals and plants. Beavers’ felling of trees leads to dense undergrowth which also serves as a wildlife habitat. If he were human, he would probably join an environmental conservation group, which would be overwhelmingly white. 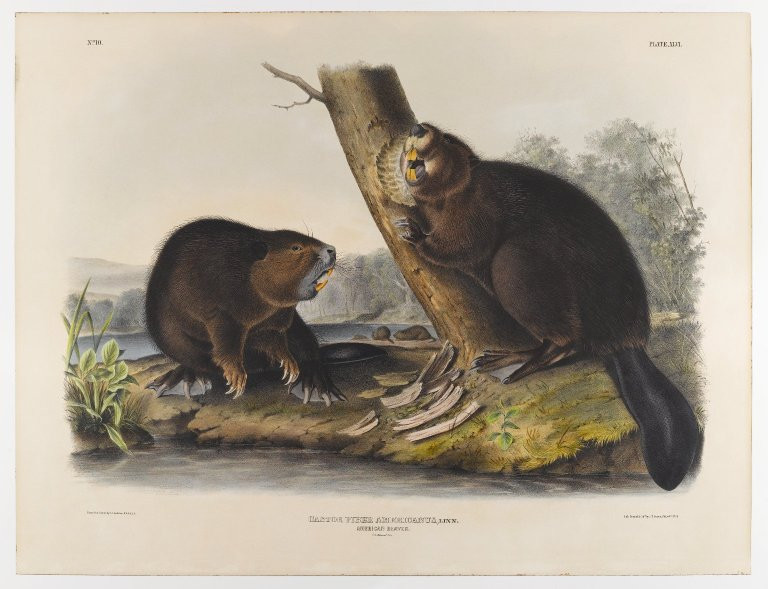 Much like white people, beavers do not hibernate during the winter. Instead, they store food in the preceding months in an underwater cache near their lodge so that they can remain active. In contrast with people of the tropics, where food is equally available year-round, our ancestors needed to develop similar planning behavior to survive the cold season.

Also like white people until relatively recently, the beaver is monogamous, with only a single beaver wife who remains with him until one of the two dies, although he may remarry if he becomes a widower. His wife gets pregnant and produces new offspring every year, another tradition which is unfortunately out of fashion among whites, with the exception of the family-oriented Mormons and Amish. 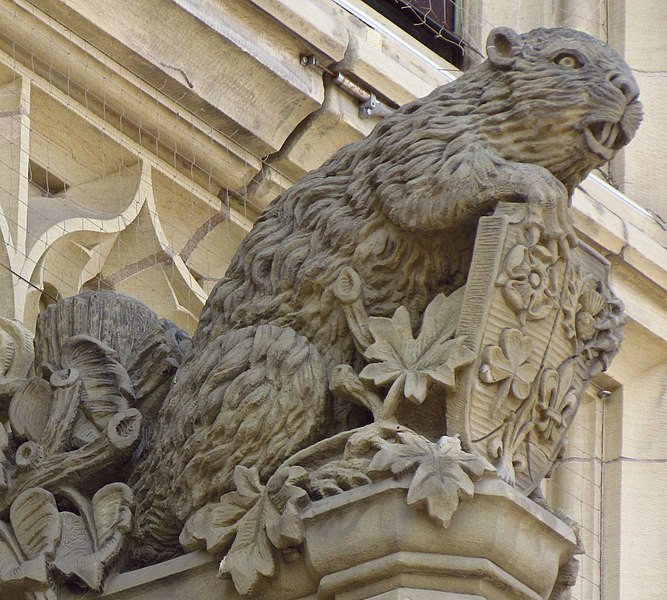 The people of Canada venerate the beaver in their public symbols, such as this sculpture at the Canadian Parliament building.

Some tribes attach great significance to the beaver. The Cree believe that the Great Beaver once built a dam that flooded the world, and the Canadians consider it their national animal and have venerated it in public symbols such as currency and postage stamps. New Yorkers and Oregonians have adopted the beaver as their state mammal due to the historical importance of beaver fur in their economies.

This animal is also used as a symbol of industry, particularly engineering. Both Caltech and MIT, two schools known for their engineering departments, use the beaver as a mascot. In 1914 the then-president of MIT accepted this mascot and 1898 MIT graduate Lester Gardner explained the decision:

We turned to William Temple Hornady’s textbook, The American Natural History: A Foundation of Useful Knowledge of the Higher Animals of North America (1906) and instantly chose the beaver. As you will see, the beaver not only typifies the Tech man, but his habits are peculiarly our own. Mr. Hornaday says, “Of all the animals in the world, the beaver is noted for his engineering and mechanical skill and habits of industry. His habits are nocturnal — he does his best work in the dark.”

By this, he meant presumably not only that engineers work at night, but that they do not perform under public scrutiny. In our own time, it is often necessary for our people to work “in the dark” — most dissident writers work under pseudonyms, and those who draw too much attention to themselves may find themselves in harsh circumstances.

The beaver is wise in how he deals with outsiders in a way that our own people often are not. He has sometimes been known to allow muskrats into his lodge and even share his food with them. However, they appear to pay rent: muskrats bring in fresh reeds which the beavers can use as bedding. The beaver does not allow freeloaders.

Finally, the beaver is attached to his home. Legend has it that if the beaver’s dam is damaged or destroyed, he will keep trying to rebuild until he is either physically removed or killed. He does not easily accept having his environment reshaped by others.

This animal is sacred to my people, or at least should be. If I were a praying man I would have only one prayer: to give us the spirit of the beaver.

« A Cause for Hope