A Time for Intermarium 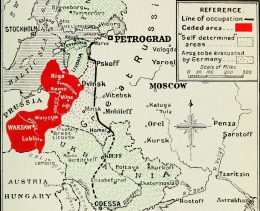 To understand Central and Eastern Europe as they are today, we must go back an entire century to the immediate aftermath of the First World War. As old empires collapsed, newly independent nations fought numerous conflicts for territory culminating in the Polish-Soviet War.

As soon as its own civil war was over, the Soviet Union began to break the terms of the 1918 Brest-Litovsk treaty that guaranteed the freedom of Finland, Belarus, Ukraine, Lithuania, Latvia, and Estonia. The appearance of a large Red Army force as far west as Zhytomyr, Ukraine was finally answered in kind by a joint Polish and Ukrainian expedition with the aim of liberating Kyiv and pushing the Soviets east of the Dnieper River. While the operation was initially successful, the Soviet Union had gone to great lengths to conceal preparations for a wider offensive that nearly overwhelmed the outnumbered Polish-Ukrainian formations.

The following two months were a scene of constant rearguard action and retreat all the way to the gates of Warsaw. With the ranks of both sides swelling to a million each, a decisive victory was difficult to even contemplate. In a desperate gamble, General Pilsudski left only a token force in Warsaw and personally led the last of his fresh divisions into an unlikely counterattack from the south. By complete surprise, they tore into the Soviet flank, disorganizing their lines and forcing them into a chaotic withdrawal that turned into a rout. The amazing triumph would become renowned as the Miracle on the Vistula; had this bulwark been overcome, the Red Army may well have reached the Rhine and beyond.

This victory put a check on the expansion of Marxist ideology worldwide, sparing most of Central and Eastern Europe the horrors of Communism for decades. In the wake of failed socialist revolutions in France and Germany, the Soviet leadership decided that they must strengthen their internal position before going on the offensive again.

The thinning of unreliable populations was first on their list, and since they had total control over food production, a simple disruption in wheat distribution led to widespread famine in targeted provinces. The Don Cossack population was almost totally eliminated, and more than four million Belarusians and nine million Ukrainians perished in the genocide called the Holodomor.

Though it didn’t get a lot of coverage in Western media, this turn of events was a terrible shock to the God-fearing people of Central and Eastern Europe.

The Intermarium — Międzymorze — idea was an attempt to alleviate those concerns: a kind of early collective defense alliance. Sadly, the ethnic hatreds of that era could not be overcome, and Intermarium remained an idea. However, it did at least result in the following two decades being marked not only by peace but actual cooperation between nations, especially on security issues such as combating Comintern infiltration.

Perhaps the greatest tragedy of the Second World War is that it ended with nearly every Intermarium nation under Soviet occupation, with millions more sent to their deaths in the gulags. If nothing else, at least the shared suffering brought these countries closer together, and when the Iron Curtain fell, a cooperative promise was made to never again fall under foreign domination. While many leaders wanted to strengthen ties with the West, they were not at all keen on importing modern “values” such as radical feminism, open borders, and liberalism as a whole, leading to serious clashes over culture and mass migration that could lead to the eventual breakup of the EU. 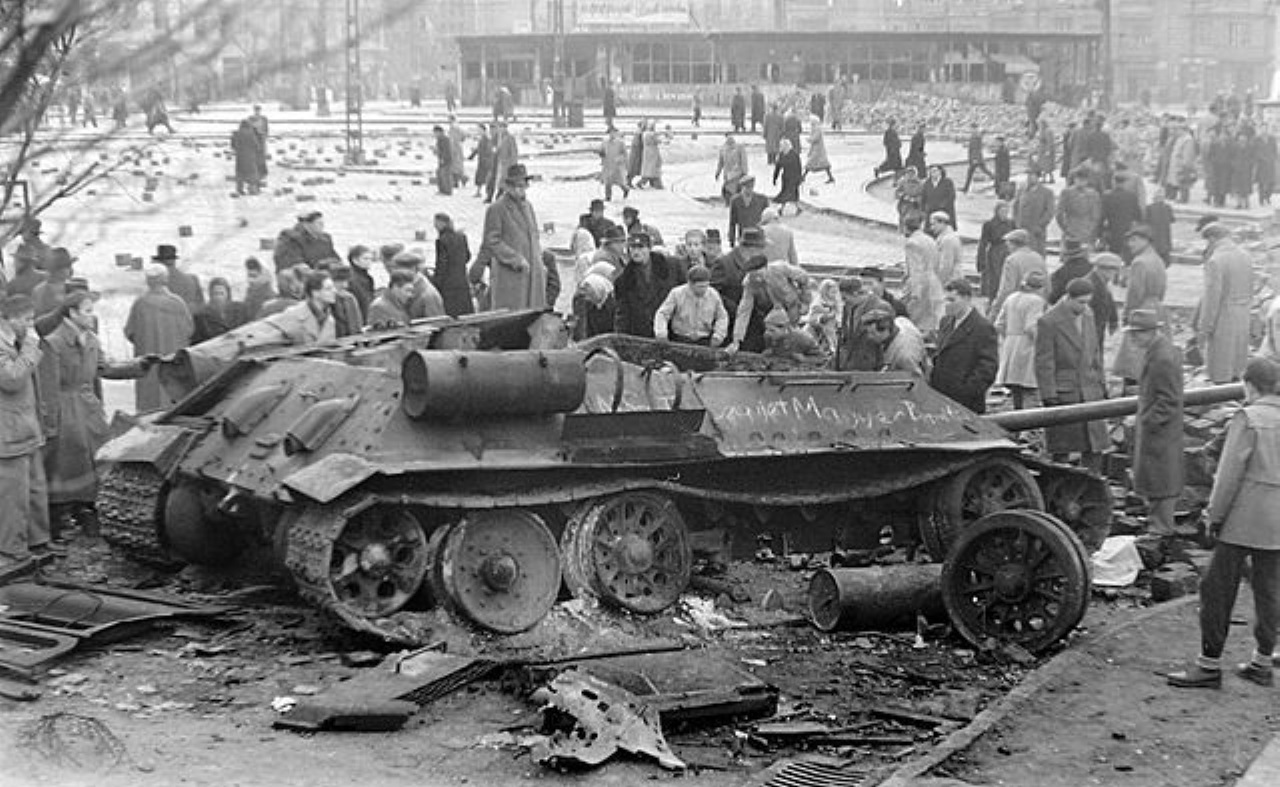 Destroyed Soviet tank on the streets of Budapest

The Russian situation is more complicated. An obsession with the concept of “Eurasia” partly explains their keenness on developing close relations with China and our continent’s oldest enemy, Turkey. While a period of relative goodwill between Eastern Europe and Russia certainly existed during Russia’s struggles against the Muslims in Chechnya and Dagestan, it was over when Russia declared war on a fellow white nation, Georgia. Tensions between Georgia and the separatist republics of Abkhazia and South Ossetia boiled over in the summer of 2008 when local militias began attacking Georgian towns in several mixed areas. Whether it was just a ruse or not remains a mystery, but the attacks nevertheless violated the 1992 Sochi agreement and the Georgian Army moved in to restore order. Even though much of the fighting had already subsided, the Russian Federation announced it was undertaking a peace enforcement operation and its military crossed the border several days later. Soon after taking over the entirety of the disputed zone, two armored divisions were positioned to strike at Tbilisi, Georgia’s capital. 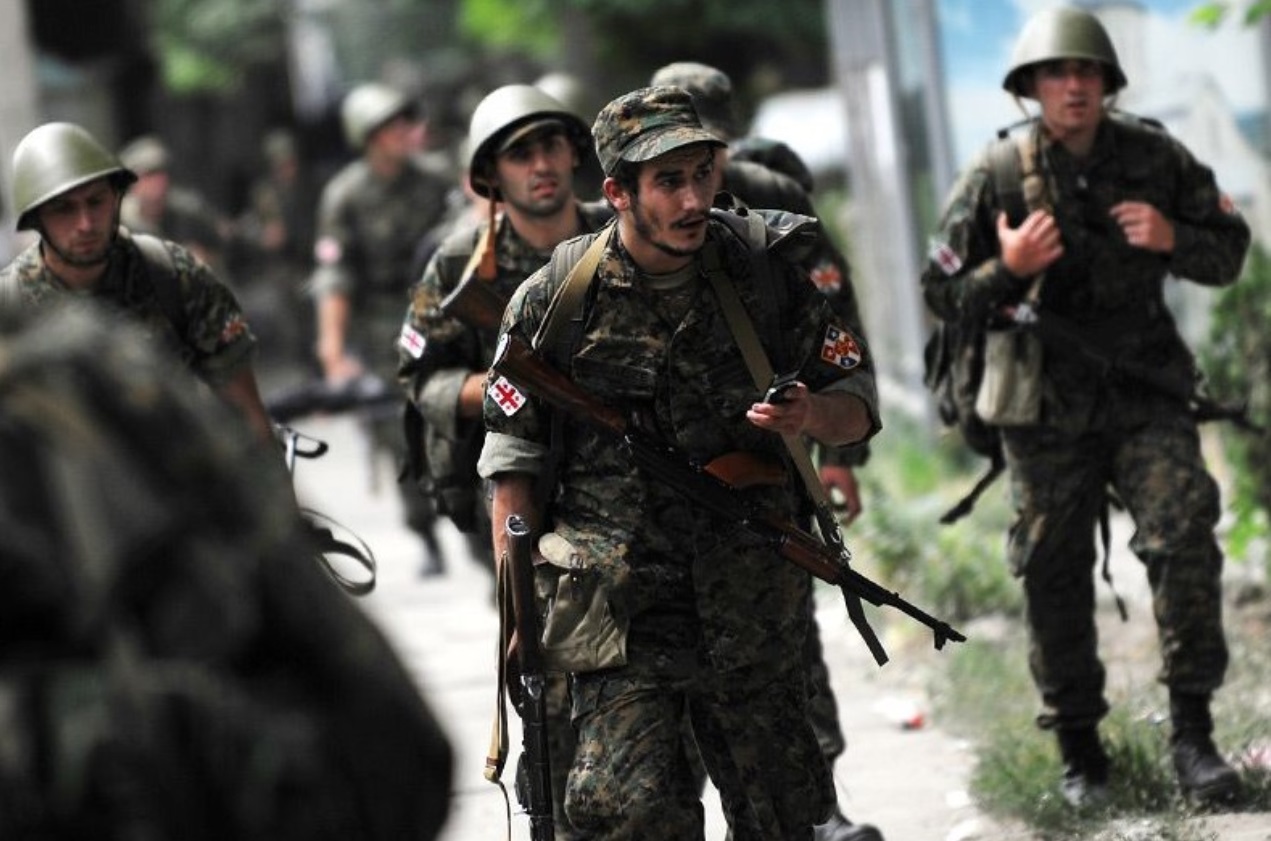 Georgian soldiers during the battle of Tskhinvali

Memories of the bloody struggles in Budapest and Prague still fresh in the minds of so many, a united Eastern European front opposing their aggression quickly formed, and the combined political pressure forced the Russians to at least call off their planned attack, though they never returned the seized provinces and the issue remains relevant to this day.

Polish President Lech Kaczynski was a thorn in Russia’s side for his entire time in office. Everything from his push for energy independence to security guarantees for the Baltic states ran counter to Russian interests. In early 2010, when flying in for commemorations of the 70th anniversary of the Katyn massacre perpetrated by the NKVD, his plane crashed near Smolensk airport. He was killed along with his wife, eighteen members of parliament, the head of the national bank, senior officers, and clergy. 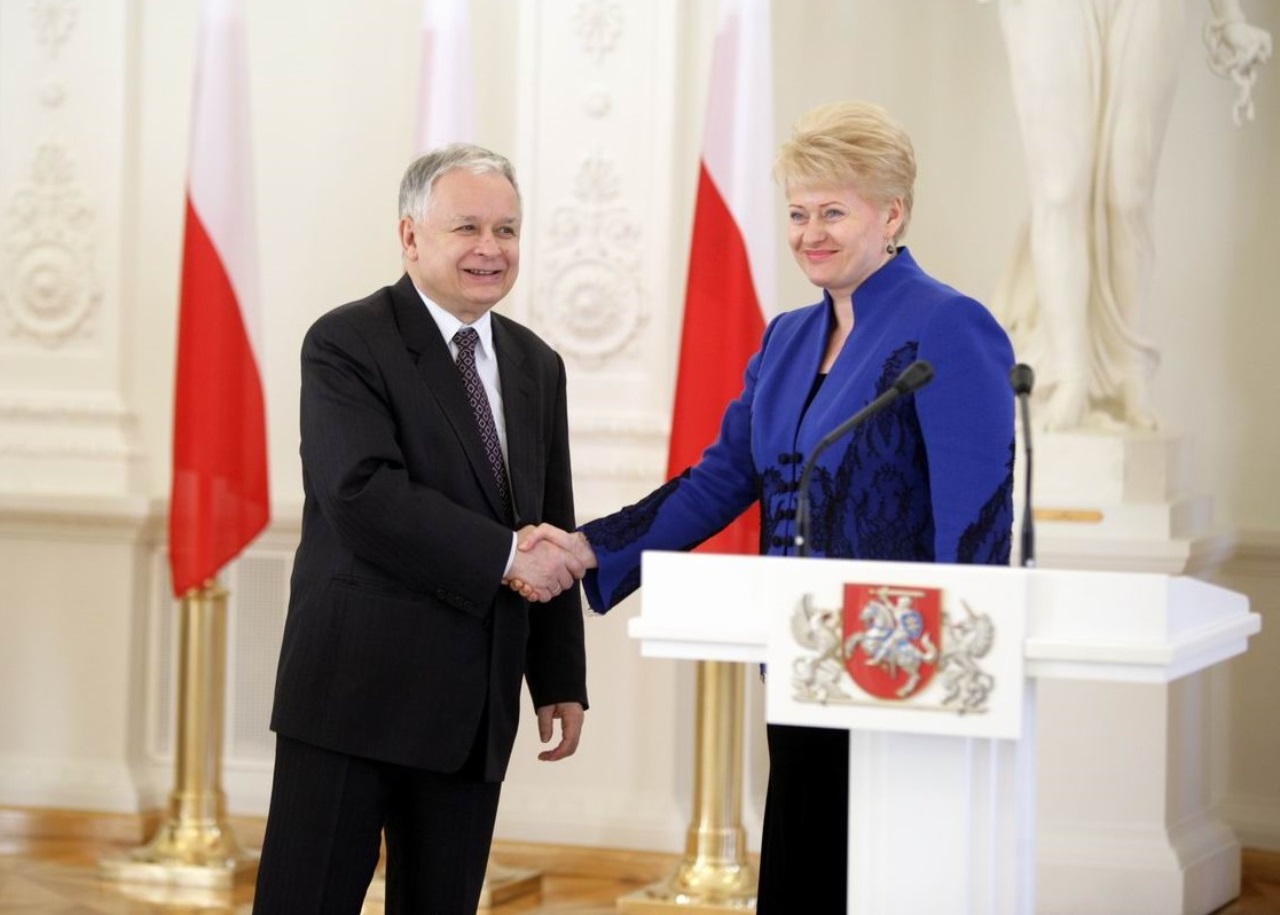 A decapitation of government if ever there was one. No foul play was found, but the airplane’s black boxes have still not been released and the awful convenience of the entire affair cannot be overlooked.

Whatever halfhearted efforts at rapprochement followed ultimately died a few years later when Russia invaded another white country. Like my native Bulgaria, Ukraine is on the very fringes of Europe, and from the time of the Mongol and Arabic incursions, the hammer usually fell hardest there. From the middle of the 13th century to the collapse of the Soviet Union, the Ukrainian nation hardly enjoyed more than a few years of actual self-determination and was committed to remaining that way no matter the cost. When Viktor Yanukovych came to power with the help of a staggering amount of voter fraud, those familiar with this part of the world dreaded what would come next. He crucially suspended joint efforts with Japanese companies on developing advanced coal-burning technology as a substitute for natural gas, and his administration’s corruption nearly jeopardized the UEFA Euro 2012 Championship. The reforms he implemented in the Ukrainian Army were so profound in their destructiveness, that when he ordered a mechanized brigade to travel 20 miles to save him during the Maidan uprising in Kyiv in early 2014, it could not be done even if they had the will. 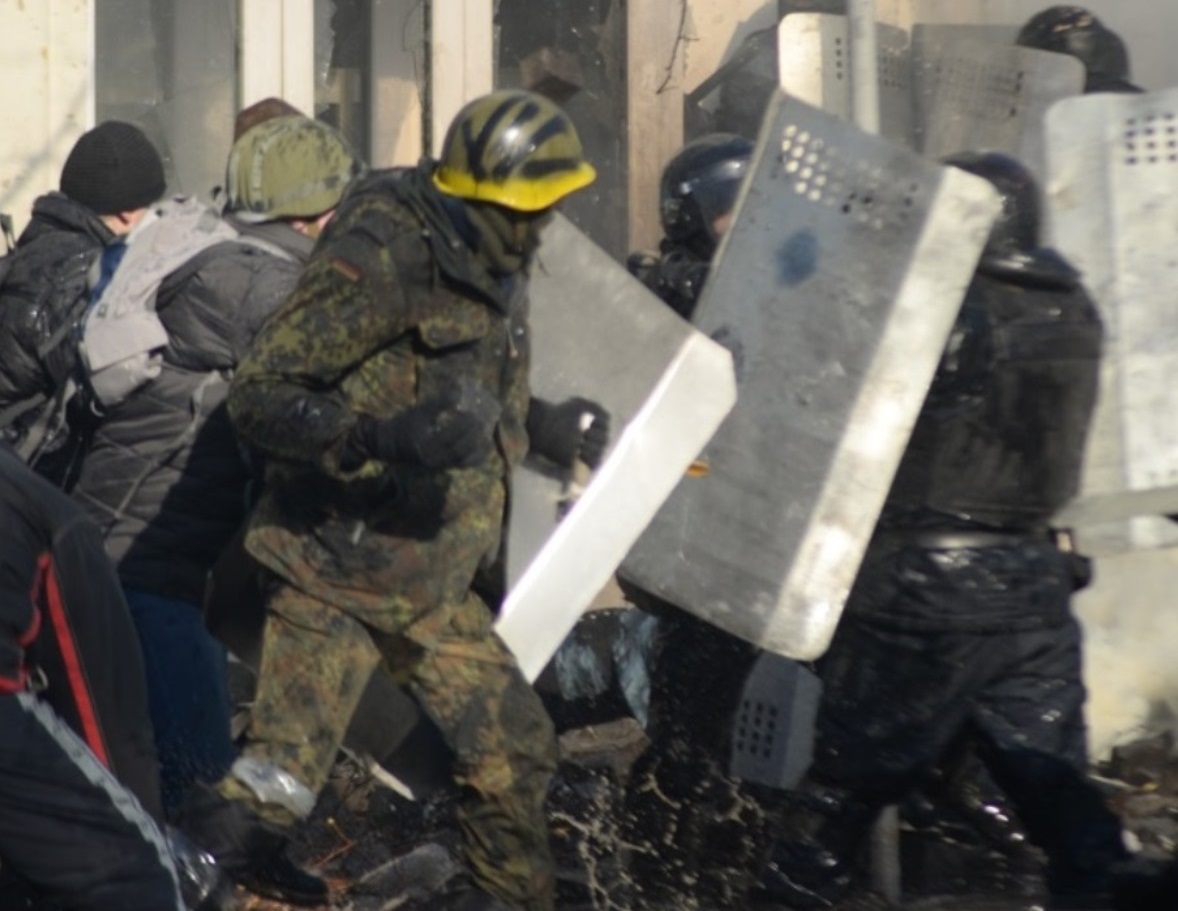 Russia was not pleased with their ally losing power in one of the so-called buffer states, and rapidly moved to salvage what it could.

Initially, Airborne troops dropped into Crimea and secured the port of Sevastopol in a matter of hours. Battalion-sized units crossed the Kerch strait that same day and completely cut off all land access to the peninsula. None of the soldiers had any markings on their uniforms, becoming infamously known as the “little green men” — a novelty was that violated the 1949 Geneva Convention. About a week later, entire unmarked regiments seized most of the Donetsk and Luhansk municipal areas, threatening the mineral-rich basin that provided a quarter of the country’s GDP. 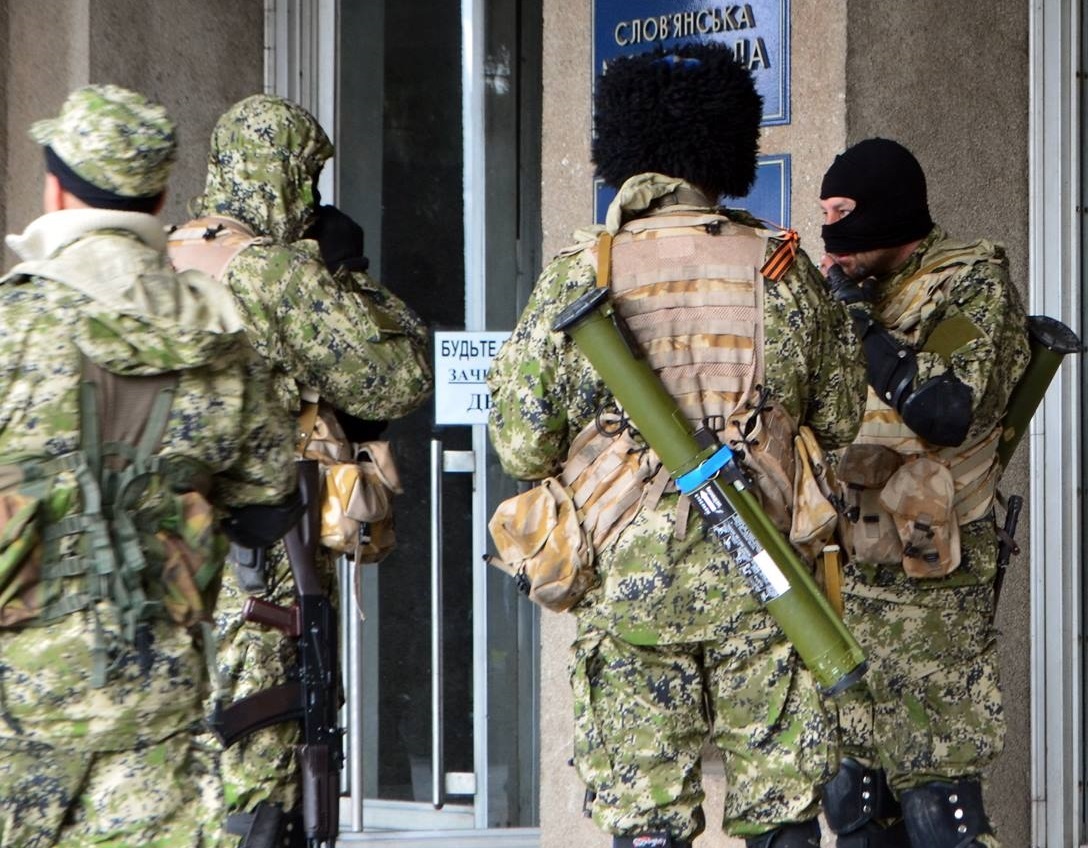 Unmarked Russian mercenaries in the city of Sloviansk

Considering the miserable state Ukraine was in at the time, it is remarkable how little ground the Russian proxies were able to gain before the real shooting started. The first months of the war saw a huge infusion of nationalist volunteers from all over Europe to back up the regular Ukrainian forces that had just barely been able to hold their ground throughout the summer. The big pushback finally came in the fall and continued into the spring of 2015, with most of the region outside the two cities being recovered. The Minsk Protocol technically established a permanent ceasefire, but with Crimea now incorporated into the Russian Federation and Donetsk likely to follow suit at some point, a continued state of cold conflict is inevitable for the foreseeable future.

This brings us to the present day. Pressure from Brussels and Moscow against European sovereignty has been steadily increasing, and projects such as the Nordstream gas pipeline demonstrate a weird symbiosis between corrupt elites in both power centers. Talk of the need for European nations to go their own way has exploded recently, not least because of the weaknesses that led to the pandemic. The formation of the Three Seas Initiative with the Visegrád Group of Hungary, Poland, Czechia, and Slovakia at its core is the first step to doing exactly that. If the Eastern and Central European countries can wean themselves from negative foreign influences and are successful in creating an economic and military union of nations based on their common belief in our shared heritage and destiny, it could potentially become a safe haven for white people across the world. 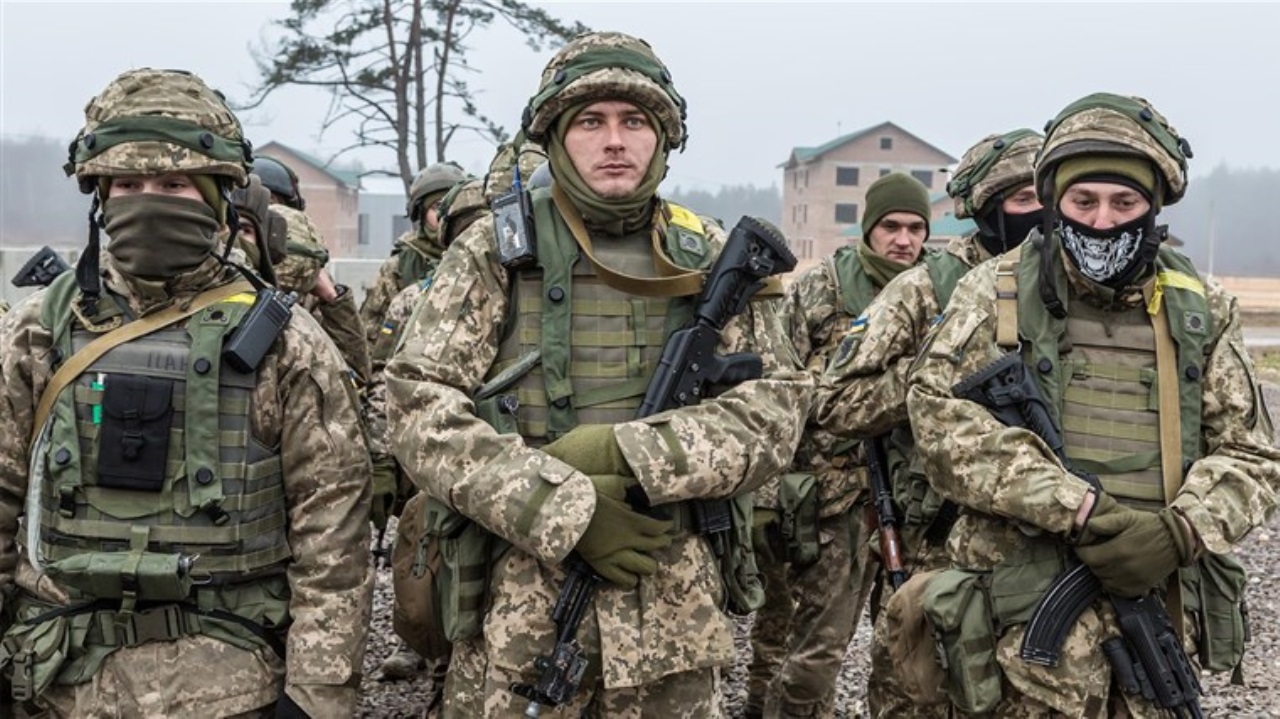 Ukrainian troops preparing for operations in the Donbass

« Solzhenitsyn from Under the Rubble