The Good Kind of Nationalism 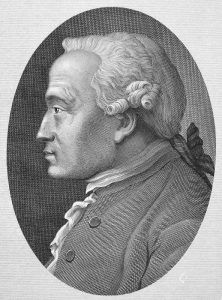 The following text is based on a talk delivered at the Northwest Forum in Seattle on June 9, 2018. I want to thank the organizers, the audience, and James B. for the transcription.

Love of one’s own and self-actualization are all about the unique, individual, and particular: what differentiates individuals from individuals and peoples from peoples.

But there is nothing un-universalizable about the principle that you take care of your own first, and you let other people take care of their own first. There is nothing un-universalizable about the principle of individuals and groups actualizing their unique potentials for excellence and letting other individuals and groups do the same. We can all live quite contentedly under such rules, and in fact they actually forward the good much better than the alternative.

If you want to live in a world where everybody gets some consideration, it is best to do what comes naturally, i.e., take care of the ones who are genetically closest to us, our kin. And, if you follow that rule in your life, that does not impede anybody else from following the same rule, and in fact, you have a better world for doing so.

But are all questions of what is good, right, or fitting equally universal? To choose a trivial example, it might be the case that size twelve shoes are right for my feet. As an objective fact about my feet, that is true for everybody. But that does not imply that everybody has size twelve feet or should wear size twelve shoes.

When we talk about basic moral principles, one size might fit all people. But when we talk about self-actualization—individual and collective—then there are no one-size-fits-all solutions. Different ways of life are fitting for different people. But that is still an objective fact, and the principle that everyone should actualize his unique potentialities for excellence is entirely universalizable.

Identity politics claims that the best way of life depends on the unique identities of peoples. It does not deny that there are some moral and political universals. But those are not enough for a good society. There is no universal language. There is no universal culture. There is no universal mythology, costume, or cuisine. Universalistic ideologies like liberalism, however, claim that, beyond universal moral and political principles, there is one best way of life for all peoples. Identity politics is the custom-tailored suit. One-worldism is the equivalent of forcing everyone to wear flip-flops and Maoist boiler suits. But just because identity politics focuses on the particular, that does not mean it isn’t good for everyone, since every individual and every people has its own particularities.

Another intuitively plausible moral principle is “fairness.” Even little kids understand fairness. You constantly hear them saying “No fair!,” especially during games and meals.

Fairness is connected with universalizability. For instance, the “Golden Rule” bids us to “Do unto others as you would have others do unto you.” In other words, what is good for you is also good for others.

When John Locke talks about appropriating things from nature—making something your own—he said that fairness requires us to leave “as much and as good” for others. So, if you’re the first guy on the island, and you plant your flag and say, “It’s all mine!,” the people coming up the beach behind you might say, “Wait a second here, you need to leave some for us too.”

John Rawls’ idea of “justice as fairness” urges people to design a social order in which we could morally accept trading places with any other person. There can be many different stations, roles, and ways of life in such a society. But none of them should be morally outrageous, like being a slave or being forced to sell your organs for survival.

Fairness means, in some sense, not treating others fundamentally differently than you treat yourself. But identity politics is all about doing justice to our differences. So we must ask: Is white identity politics fair?

There is nothing unfair about ethnonationalism. The ethnonationalist says: “I’m going to take care of those who are closest to me first, and I’m going to accept that other people will do the same thing. I’m going to create a homeland where my language, traditions, and way of life are normative, and where my extended family can flourish, and I will accept the desire of others to do the same. I’m going to accept that if I’m a stranger in a foreign land, the natives come first; their comfort comes before my comfort. I want to live by those rules in my country, and I’m willing to live by those rules in countries where I travel.”

But the current situation, in which whites—and only whites—are being asked to accept replacement levels of immigration from the Third World, while Third Worlders keep their homelands, is totally unfair. What’s theirs, they keep. What’s ours is negotiable. That’s a morally outrageous proposition. Repatriating invaders and colonists is not, however, unfair, because at the end of the process, everyone has a homeland.

There are good and bad kinds of nationalism. Bad nationalists seek to secure the sovereignty of their own people, but they are willing to deny the sovereignty of other peoples. They refuse to treat others the same way they wish to be treated. They defend their own but do not allow others to do the same. They create a world of oppressors and the oppressed, in which they could never risk trading places with others.

Good nationalists believe in nationalism for all nations. They treat other peoples as they would like to be treated themselves. They realize that nobody is immune to misfortune, that oppressor and oppressed can and often do trade places, and that a just world requires abolishing both roles. That kind of white identity politics is not unfair to anyone.

It is easy to make a consequentialist argument for white identity politics. In fact, in my book The White Nationalist Manifesto, I make precisely that kind of argument. Under the present globalist, multiculturalist, individualist order, all white nations are in demographic decline. If this decline is not reversed, whites will cease to exist as a distinct race. What would reverse these alarming demographic trends? We don’t need to go into detail here. Suffice it to say that governments would have to make white preservation and flourishing the overriding goal of public policy. In short, they would have to adopt some form of white identity politics.

White extinction would not have negative consequences for whites alone. Nonwhites would suffer, as would the planet as a whole. As Charles Murray exhaustively documents in his book Human Accomplishment, whites are by far the most creative race.[1] White people have created great cities, great civilizations, great languages, great art, and enormous chunks of what we think of as science, technology, and modernity. Many non-whites around the world genuinely admire and eagerly benefit from white achievements. They would mourn our passing.

Of course, some of our past achievements would continue to exist even if whites went extinct, but we would have no future achievements. The world, however, is facing enormous challenges to sustain both human life and the planet as a whole as exploding populations use up finite resources. The only way to save mankind, and the planet, from such a Malthusian crisis is technological innovation, which is still disproportionately a white thing. White technological achievement, however, requires white preservation, which requires white identity politics.[2] If we want to save the world, we have to save the whites, thus white identity politics truly produces the greatest good for the greatest number.

I have argued that white identity politics is inevitable, that it is necessary, and that it is moral. Which brings us to the final question: Will we win? That brings us to the big problem with consequentialism. We can’t really predict and control all the consequences of our actions.

So we have to focus on what we can control. We need to be the best possible versions of ourselves, both as individuals and as a community. We need to become a ruling elite in waiting. To do that, we must aim at attracting intelligent, enterprising people and encourage them to acquire educations, build networks, amass wealth, found institutions, and start dynasties.

To sustain ourselves in this struggle, we need to keep two ideas in mind.

First, even though it is not in our power to foresee and control all consequences, it is in our power to act on the right principles and to cultivate excellence. Therefore, we need to follow the ancient Aryan ethos that is found in the Bhagavad Gita, the Stoics, and Kant: Do the right thing, and let the gods sort out the rest. Thus, even if we don’t win, we can console ourselves with the knowledge that we at least deserved to win.

Second, there is good reason to hope that we will win, because our ideas are in harmony with reality and because it really is true of all our people—even our most stubborn enemies—that in their hearts, they know we’re right.

[2] Greg Johnson, “Technological Utopianism and Ethnic Nationalism,” in Toward a New Nationalism (San Francisco: Counter-Currents, 2019) and It’s Okay to Be White.