Armed Guards at a Gas Station in the Cradle of Liberty 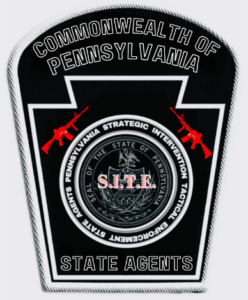 There’s something about the specter of armed guards in tactical gear patrolling a gas station in our nation’s birthplace that tells me things aren’t likely to get better in the United States anytime soon.

What’s next? Members of the Azov Regiment making sure no one disturbs your child’s birthday party at Chuck E. Cheese?

Witnessing the slow and inexorable demise of Philadelphia is like watching a loved one die from afar and being powerless to stop it. One by one, the tinsel idols from the rotting metropolis of my youth have fallen. They’ve destroyed South Street. They recently gang-raped a Wawa convenience store. I’ve seen the hard-knuckled poor-white neighborhood of Kensington fall victim to diversity and fentanyl.

North Philly is a massive wasteland just north of City Hall. At 46.7 square miles, it takes up more than one-third of the city’s total area. It is slightly larger than the Bronx and equally as dilapidated. Its landscape is pockmarked by abandoned factories and rotting row homes. 80% of its residents are either black or Hispanic, with the numbers tilted 60/40 in favor of blacks. Only about 10% of those who live in North Philly dare to be white.

North Philly was a huge industrial hub from the dawn of the Gilded Age to the slow and rusty dismantling of America’s industrial infrastructure.

In 1964, the area hosted two-thirds of the city’s 600,000 black residents. In late August of that year, false rumors spread that a pair of cops — one black, one white — had beaten a pregnant black woman to death. It led to four days of rioting and looting of white-owned businesses along Columbia Avenue. The riot “virtually destroyed the central shopping district of North Philadelphia,” accelerated the shutdown of factories, and caused a stampede of white flight toward safer pastures.

I’ve never known an urban area to recover after protracted riots. If North Philly is famous for anything these days, it’s for the endlessly blighted open-air drug markets of the North Philly Badlands.

North Philly is where I attended Temple University, and my sociology professor, a black Communist named Clark White, lamented that the area was one giant “food desert” and that racist bodega owners had to hide behind bulletproof glass to sell young black kids their grape soda pop and Jolly Rancher candy.

Lately, homicides have been so bad in the Cradle of Liberty that Philadelphia’s police chief, a black woman named Danielle Outlaw, lamented that “our officers, simply put, just can’t keep up” with them. The city’s District Attorney, a Soros-sponsored progressive named Larry Krasner, is facing impeachment proceedings due to the fact that his soft-on-crime policies have not, for some mystifying reason, led to a decline in crime.

The zip code where the gas station that recently elected to deploy paramilitary patrols, 19132, is smack-dab in the middle of the red zone when it comes to violent crime.

A flustered, frustrated, heavily accented, and well-meaning Pajeet gas-station owner named Neil Patel has made international headlines by hiring “heavily armed guards” swaddled in tactical gear to protect his property and the customers at the Karco gas station at the intersection of Broad and Clearfield streets in North Philadelphia.

Though some locals have expressed concern about a sight that wouldn’t be out of place in the slums of Manila or Bogota but still seems shockingly Third World even for North Philly, Patel insists that his gas station has been crime-free ever since he hired the guards.

Patel says that his store has been ransacked several times by local ne’er-do-wells. There was a shooting at the store this past Easter. He says his tires were slashed and his windows damaged by criminals. He is eager to share footage of one wayward youth dragging his ATM machine out of the store in one piece.

“They are forcing us to hire the security, high-level security, state level,” Patel told a local FOX affiliate. “We are tired of this nonsense: robbery, drug trafficking, hanging around, gangs. . . . Selling their drugs openly. Cops here, they don’t do anything. Robberies, stealings, vandalizing my car.”

Patel also said that local residents should fear the criminals, not the armed guards: “This is the protection for the neighborhood and the customers.”

The heist of the ATM proved to be “final straw” for Patel.

Enter Andre Boyer, a former Philly cop who runs the Commonwealth of Pennsylvania SITE (Strategic Intervention Tactical Enforcement) State Agents, whose official website describes it as “An Elite team of Agents, Investigators and a Tactical Response Crisis Team” that work in tandem with the state government. With their headquarters located deep in North Philly’s sclerotic heart, they promise the “the comfort and peace of mind in knowing your home, family and business are safe in our hands.”

Quoting data from the FBI and the Philadelphia police, Boyer recently posted on Instagram that carjackings at Philly gas stations have more than tripled in recent years. Under a picture of Patel’s gas station at Broad and Clearfield, Boyer posted:

Citizens now realise [sic] Philadelphia law enforcement and city council leaders as well as the mayor’s office. [sic] Just don’t have a clue or the answers to combat this growing ticking bomb that’s just increasing along with the shootings and homicides in Philadelphia. . . . Make no mistake folks, it’s dangerous out here. It’s the wild wild west In Killadelphia.

Under another picture of Patel’s gas station, Boyer posted the caption:

We’re Pennsylvania State Agents and we’re not security. Basically, what we do is security details when the public calls upon us when the police can’t be there. . . . My guards go to training every other week, they’re proficient with [their guns] and with their taser, they know the law.

After the specter of rifle-toting guards in Kevlar vests patrolling a North Philly gas station made international headlines, Boyer told a local TV station, “The first week there was tension from the public seeing someone with an AR shotgun [sic] walking around.” He said some people would ask, “Why are you here? Are we in Beirut?” But now he says the locals have welcomed them:

I think they feel a little more at ease. One woman, she told me, “I don’t even have to turn my car off. I can go in, get a cup of coffee, and come back.” . . . You shouldn’t have to worry about, “Am I going to come home after going to the gas station?” People shouldn’t have to live like that.

I talked with Boyer on the phone yesterday. He said that ever since news of his agents patrolling a gas station broke, he’s been contacted by people all over the country requesting his services.

I told him that I attended college at Temple University in North Philly and that my soul winces whenever I see what was once, a very long time ago, both the nation’s biggest city and its capital sliding further into degradation and ruin. When I mentioned that North Philly never quite recovered from deindustrialization, Boyer quickly dismissed any suggestion that the city’s crime rate was related to education or poverty or the minimum wage. He said that in his long experience as a police officer, he eventually concluded that of every ten people who go to prison, only two will change their lives and that the rest are simply rotten apples with no motivation to better themselves.