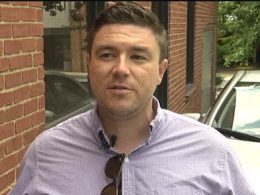 The word and concept of “lawfare” — sometimes defined as “law as a weapon of war” — gained popular usage about three decades ago in the context of international military operations. It has, however, apt application to certain types of domestic litigation, which is surely not surprising given the increasingly bellicose and irrepressible culture wars that now beset America. And there has never been a more paradigmatic example of this type of culture-war lawfare than the Sines v. Kessler case now before a jury in Charlottesville.

It is certainly true that litigation is nearly always adversarial, often malevolently so. Moreover, the proliferation of state Anti-SLAPP (Strategic Litigation Against Public Participation) statutes attests to the unfortunately frequent abuse of litigation by powerful elites to prevent the less powerful from exercising their First Amendment rights, e.g., on environmental issues. Yet there is something distinctively sinister about lawfare litigation such as Sines v. Kessler, at least to those of us who cling, with increasing despair, to the idea that the law is an honorable profession. The factors that set Sines v. Kessler apart include the following:

A Gross Disparity in Legal Resources. In January 2018, the 10 plaintiffs in Sines v. Kessler filed a 110-page amended complaint against 25 defendants. The plaintiffs’ complaint was based on allegations that although the defendants, who had participated in the Unite the Right rallies in Charlottesville in August 2017, might have appeared to be exercising their First Amendment rights by protesting the destruction of Confederate statues amid the provocations and violent attacks of counter-protestors, in reality they had organized and conspired with each other with the intent and result of violently attacking the plaintiffs. Three large New York City law firms and 38 lawyers, led by Roberta Kaplan, entered appearances for the plaintiffs. These three law firms comprised over 1,300 lawyers altogether and had income in 2020 of approximately $1.9 billion. Moreover, Ms. Kaplan was able to fundraise an amount probably in excess of $25 million to pay for the litigation, a staggering sum by any reckoning but especially so given that many of the plaintiffs’ law firms offered their services pro bono.

The defendants, by stark contrast, have encountered huge obstacles to obtaining adequate representation. First, given hostile media accounts, antifa threats, and the defendants’ unpopular ideology or perceived ideology, few lawyers would even consider representing them. As this case painfully illustrates, the ethical rule admonishing lawyers to provide legal assistance to unpopular defendants is honored more in the breach than the observance — unless, of course, the defendants are the right kind of unpopular defendants, which these defendants are not. Second, even if the defendants could find willing counsel, in most cases they could not pay the high legal costs the plaintiffs intended to impose, and did impose, by their scorched earth litigation. Few defendants had significant wealth and most found their ability to raise money through crowdfunding or other donation paths restricted or cut off by deplatforming, media hostility, and antifa harassment. As this case has at last, after three years, reached trial, most of the original 25 defendants have defaulted or are representing themselves.

Ideological Motives and Goals. The core purpose of civil litigation should be to compensate a plaintiff, insofar as money can do it, for real, concrete harm, or to prevent such harm though injunctive relief. But it is hard to see how the plaintiffs in the Sines case suffered any such real, substantial harm, except perhaps for some allegedly injured by James Fields (who had no, or virtually no, connection with any of the defendants). Most of the plaintiffs’ claims of injury are for vague and weakly substantiated emotional injury. Ms. Kaplan has in fact been quite explicit and boastful that her motive in creating this litigation is to “break the back of the violent white nationalist movement” and to “deprive supremacist groups of free speech protections by proving incitement to violence, and deter them with massive financial penalties in a civil suit.” (See this article for more on the lead attorney). An impartial observer could readily conclude that the named plaintiffs in the Sines case are being used as weapons in Ms. Kaplan’s war on the defendants, whom Kaplan sees as her ideological enemies.

Broad Discovery. One effective means to crush an ideological opponent, especially one for whom confidentiality is critical, is by broad and invasive discovery — i.e., interrogatories, document requests, and depositions. This technique was definitely in Ms. Kaplan’s playbook. Such a technique is nearly guaranteed to have at least some success. Even if the broad discovery requests are limited or denied, simply requesting them will alarm the defendants and others who learn of them and will impose on the defendants the often onerous, frustrating, and expensive burden of litigating discovery disputes.

Here are two examples, among dozens that could be cited, of Kaplan’s expansive discovery requests:

“All Documents and Communications concerning events, meetings, rallies, conferences, or conversations held prior to the [UTR] Events that relate to the Events in any way.”

“All Documents and Communications concerning violence, intimidation, or harassment of Persons on the basis of race, religion, or ethnicity, including but not limited to, ethnic cleansing, white genocide, a white ethno-state, or any other form of large or small scale violence.”

Aggressive Use of Expensive Experts. Litigating attorneys soon learn that an unfair advantage deep-pocketed parties possess lies in their ability to engage highly credentialed and expensive experts, many of whom are willing to provide dubious opinions. The well-heeled plaintiffs in Sines certainly availed themselves of this advantage, paying $30,00 for expert testimony that the defendants could not afford to counter with their own experts. Part of this expert testimony was offered to support the proposition that the defendants spoke in secret code, such that seemingly innocuous statements or crass attempts at edgy humor were actually calls to violence.

Misuse of Conspiracy Allegations. Many distinguished judges and legal commentators have decried the misuse of conspiracy allegations, both in criminal and civil matters. Justice Robert Jackson, in his concurrence in Krulewitch v. United States, 336 U.S. 440 (1949), for example, after observing that the “crime of conspiracy is so vague that it almost defies definition” (a criticism that applies as well to conspiracy allegations in civil matters), further stated:

A co-defendant in a conspiracy trial occupies an uneasy seat. There generally will be evidence of wrongdoing by somebody. It is difficult for the individual to make his own case stand on its own merits in the minds of jurors who are ready to believe that birds of a feather are flocked together. If he is silent, he is taken to admit it and if, as often happens, co-defendants can be prodded into accusing or contradicting each other, they convict each other.

These admonitions apply with full force to the Sines v. Kessler complaint, whose causes of action are essentially glued together, so to speak, by pervasive conspiracy allegations. The many defendants named in that complaint had varied degrees of involvement in the Unite the Right rally and, more to the point, varied degrees of involvement — often none at all — in the actions or statements of some of the other defendants that could be construed as violence or calls to violence. Their lack of involvement, however, will avail them nothing if the plaintiffs’ conspiracy allegations stick, for each defendant will then be liable for all the actions and statements of the others.

To express my view concisely: the Sines v. Kessler case should not have been allowed to proceed beyond the motion to dismiss stage. Judge Moon, who presides over the case, seems to have been calling balls and strikes fairly at the trial. But even in the unlikely event the jury finds for the defendants, they and more broadly the First Amendment right to free speech and assembly have been severely damaged by this lawfare litigation. The defendants have incurred crippling costs to their time, vocations, wealth, reputations, and emotional health. They, and others who have observed the litigation, will long hesitate to participate in any future demonstrations that might have even a remote chance of resulting in violence, even if that violence is instigated by antifa and similar groups. The “robust, uninhibited” right to free expression that Supreme Court cases proclaim has increasingly become a dead letter. This case is a major landmark in its demise.

It might be objected that Judge Moon’s hands were tied and he had no legal grounds to dismiss this case at the motion to dismiss stage. Such an assertion would be a hard sell to those of us who have observed or personally experienced (I was the plaintiff in the Allen v. SPLC litigation) the lengths to which courts will go to dismiss far more meritorious claims where the political alignments are the opposite of those in Sines. Judge Moon’s inability or refusal to see the Sines lawfare for what it is has the regrettable result of enhancing the appearance, if not the reality, that our courts have become guardians of civil liberties only for favored segments of the political spectrum.

This article was reprinted from the Free Expression Foundation website at the request of the author.