The Fear of Radicalization 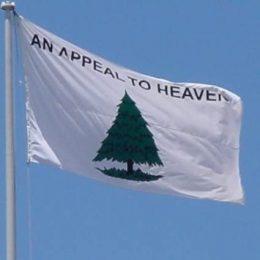 We are living in remarkable times in which historic events have become so commonplace that they are forgotten within weeks. That won’t be the case for January 6, 2021. There is no going back to more peaceful times, and the hysterical mainstream media is correct in that January 6 is going to prove to be a 9/11-style Rubicon.

Many reading my words today are dyed-in-the-wool dissidents who already know the score. We’ve been documenting the decline of the American Empire for years, if not decades. Undoubtedly there are many others, thousands of social conservatives and libertarians, for whom the events of last week were a slap in the face. These people will be looking for palatable answers, reasonable explanations, and guidance as the coming days of tyranny unfold.

If you are reading this essay and confused by recent events, bewildered as to why the cowardly GOP turned against their own base, then please read on with an open mind. I too was once a “conservative” with a libertarian streak. I believed in the rhetoric of personal responsibility, meritocracy, and limited government. In most ways, I still do. My views have evolved but they have not betrayed my core principles. What has changed is the integrity of our so-called “conservative” leadership.

In Right-wing political dissident circles, you will often hear such language as “conservatives have conserved nothing.” If you think long and hard about this, you will have no choice but to accept that it is true. Year after year, our phony Republican establishment offers tepid, timid resistance to every new, “progressive” agenda of the far Left. For every pet social justice project that is hoisted upon the American people, the GOP, led by bought-and-paid-for RINOs, exists only as a speed bump instead of an impenetrable barrier.

They are traitors, one and all. Their treachery is worse than that of the Democrat, for at least the Democrat stands strong for their constituents and never relents in their pursuit of power.

It is clear that our ruling class is the enemy, but I offer that this must be a time of self-reflection, of personal evaluation and evolution. Sometimes it is we who are our own worst enemy. To acknowledge our own weaknesses is to overcome them. To recognize the inherent vulnerability of our own positions is ultimately to strengthen our resolve and to perhaps win this war, this assault on our freedoms.

What is conservatism, exactly? What basic characteristics define the conservative? And why does conservatism fail, each and every time? Moreover, why do people continue to cling to this label? Why do we not jettison such a weak position in favor of something new? When Donald John Trump was elected to office in 2016, he was handed both chambers of Congress and a supposedly “conservative” SCOTUS. Yet he was met with nothing but resistance from his own party, his supposed allies. Why?

Setting aside the obvious corruption that exists in Washington DC, there is a deeper explanation that speaks to the underlying nature of the conservative personality type. We must recognize this flaw in ourselves today. We must root out this weakness that characterizes us all with a sense of urgency. We don’t have much time. This assault on our freedom has just begun.

The society we live in has been defined by neoliberalism for at least half a century. Furthermore, beliefs that were widely held and acceptable as late as the 1990s have recently been declared “evil” and “white supremacist” by the Sanhedrin who wield ultimate power in our society. If you are reluctant to accept the new morality of the 21st century, then you must learn to accept that your position is considered “radical” now, and that polite society has no place for you.

But what is “polite society” anyway? To be certain, it is not what it was in the 1950s, 1960s, or even the 1990s. It isn’t the nuclear family. It isn’t respected spiritual leaders. It isn’t honest politicians and helpful law enforcement officers. Who, then, are our moral “betters?” Who are the people that are steering this boat?

Look around you at the materialistic, narcissistic, self-indulging people that you interact with every day. Some, no doubt, are friends and family. They are not all bad people, but most of them are lost souls. If you are afraid to step out-of-bounds and say something controversial, you must know that many of your friends and family are literally mortified by such thoughts.

Average people tend to hold average opinions. Ideas outside of this window are deviant, and holding them makes one a radical. Our society has suppressed radical thought on the far Right for decades, but embraced the ideas of the radical Left. This has led to an unnatural condition where what was once a radical-Left position only half a century ago has now become mainstream, and thus acceptable by the average person holding average opinions.

These average people are now the captains of this sinking ship. The democratization of our culture is nearing full completion. It is a culture driven by the whims of median consumers and easily-manipulated sheep rather than exceptional men and women of courage and integrity.

Why has this happened? It is only the so-called conservative who truly fears “radical” ideas. Once the ideas of the Left have become mainstream, that tendency to fear radicalization forces the conservative to adopt the newly accepted views that society at large has embraced.

If there is one thing to understand about this phenomenon it is this: it is purely a social phenomenon. It has nothing to do with right and wrong, with good or bad. It is entirely a product of our desire to adapt and be liked by others. This is why pop culture and fashion trends keep most of us fixated on the latest gadget, mindless rap song, or a popular brand of athletic shoes.

After the events of January 6, I had occasion to have a conversation with a coworker. This man was at one point a “Trump supporter.” I do not know what event led to his change of heart, but I know that he strongly objected to the Patriots who stormed the Capitol building on Wednesday. He decried Trump for “staging a coup.” He could have just as easily seen the last 4 years of never-ending impeachment hearings and pearl-clutching over Trump’s every move as an “attempted coup.” He could have chosen to believe the “Russian collusion” hysteria to be a tactic of insurrection. Why did January 6 appall him, but a solid year of Antifa and BLM riots didn’t?

This is the nature of the “conservative Right.”

If you are reading this, you have come to the right place. Open your mind. Shed that fear of radicalization. Embrace what you know to be true. This is the path to victory.