The No Time to Die Trailers 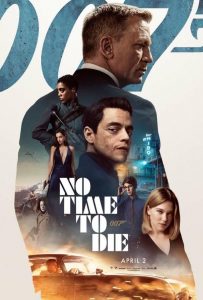 Since my pre-review based on the first trailer of Denis Villeneuve’s much-anticipated and much-postponed Dune got a good discussion going, I decided to do the same with the equally-hyped, equally-postponed Bond movie No Time to Die.

Everybody has a time to die, including James Bond. Bond has cheated death countless times, but this time his number may be up. If so, the death certificate will list COVID-19.

No Time to Die, the twenty-fifth Bond film from Eon Productions, stars Daniel Craig in his fifth and final outing as Bond. No Time to Die was supposed to have been directed by Danny Boyle (Trainspotting) who was to share script-writing duty with his Trainspotting collaborator John Hodge. I thought this was a fantastic team. But they left the film because of creative differences.

Boyle was replaced by Cary Joji Fukunaga, the half-white, half-Japanese American director of the first season of True Detective. The script is by Fukunaga with Neal Purvis, Robert Wade, and Phoebe Waller-Bridge, who was brought in to add wokeness, which does not bode well.

The cast brings back Christoph Walz, Ralph Fiennes, Léa Seydoux, Ben Whishaw, and Naomi Harris to reprise their roles from past films. Rami Malek plays the villain Safin, which is an inspired bit of casting.

But there are bad portents in the music department. Fukunaga associate Dan Romer left while scoring the film over creative differences and was replaced by Hans Zimmer, who has done a large number of undistinguished but workmanlike scores. Billie Eilish’s theme song is one of the worst Bond songs ever, and there’s stiff competition. These lapses of taste alone do not bode well for the film.

No Time to Die was filmed from April to October 2019 in Italy, Jamaica, Norway, the UK, and the Faroe Islands at the cost of $250 million. The release was scheduled for April 2020 but because of COVID-19 was postponed twice, first to November of 2020, then to April 2021.

That’s a very long time to wait to recoup such a huge investment, and if further delays are necessary, the financial burdens will only mount. This could very well be the first straight-to-video Bond movie, which financially would be a very far cry from the box office receipts of Skyfall ($1.111 billion) and Spectre ($879.6 million).

A commercial flop won’t necessarily kill the Bond franchise, but it could put it on extended hiatus, as well as dry up potential talent and funding. It might be the final straw for Eon Productions, led by half-siblings Barbara Broccoli and Michael Wilson, who might just pull a George Lucas and sell the franchise to one of the studio conglomerates. We know how well that worked out for Star Wars, which Disney ruined with cynical, formulaic remakes and obnoxious ultra-Left propaganda.

Of course, Eon Productions has its own history of cynical remakes and Leftist propaganda, and, judging from the two trailers for No Time to Die, and other publicity materials, Bond’s death certificate may list political correctness as a co-morbidity.

In July of 2019, the world learned from alleged “leaks” and “inside sources” that No Time to Die would feature a black, female 007 played by Lashana Lynch (no relation). This was simply a cheap, dishonest publicity stunt calculated to mislead readers who initially thought that the character of James Bond had been turned into a black woman. But the merest glance below the headlines indicates that, no, Bond is still a white man, but at the beginning of No Time to Die, Bond has retired from MI6 so his number 007 had been reassigned to a black woman.

This kind of cynical publicity has been a feature of the Bond franchise for decades. For instance, it is often claimed that the new Bond girl will be a strong, independent woman — unlike all the rest. Of course, every Bond girl from the start has been strong and independent. The Bond franchise is also notorious for sex and race replacement, casting Judy Dench as M who dressed down Pierce Brosnan’s Bond as a “sexist, misogynist dinosaur.” Eon has also blacked up the recurring characters of Felix Leiter and Miss Moneypenny, and every few years, they float the rumor that a black male James Bond is in the offing. They keep doing this because there hasn’t been a backlash — yet.

Hilariously enough, though, Lashana Lynch made the rounds in the media taking the farce with deadly seriousness. She pretended that having the number 007 is a great achievement for someone black and female (and trans, by the look of her), as if her character were more than just an empty collection of PC “firsts” which she was qualified to play for reasons other than being a black trans woman. Lynch vows, moreover, to play the role authentically, the comic potential of which was explored in countless racist “Ms. Bond” memes. 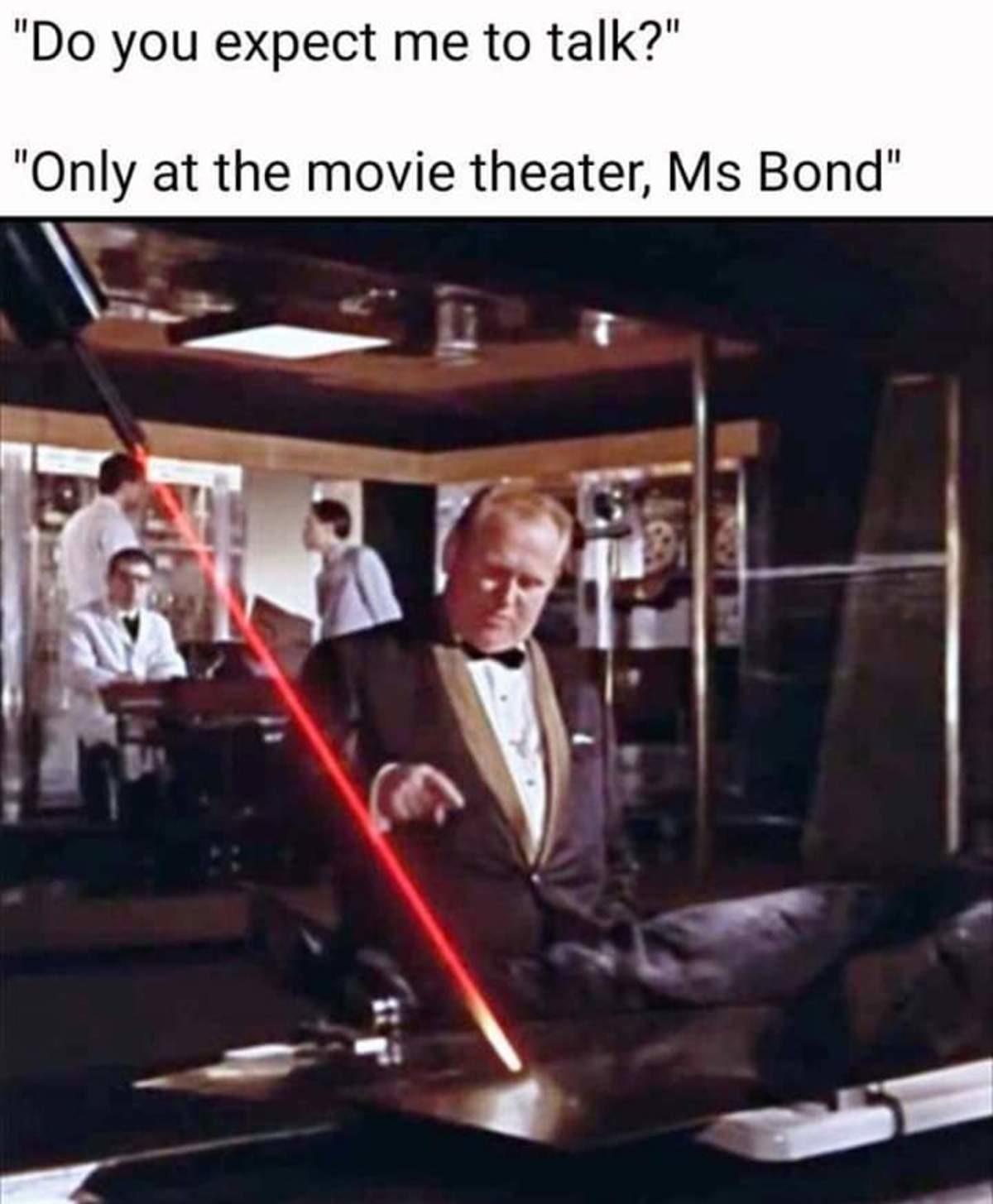 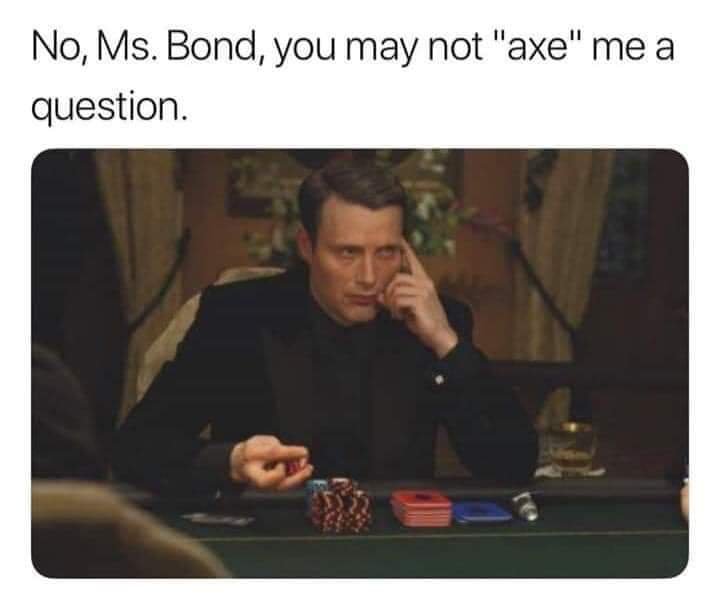 This pushback was completely predictable, for Eon’s stunt was not just calculated to mislead but also to offend. White people are increasingly sick of the Great Replacement, both on the silver screen and in the real world. So Eon basically dared racist web wags to go after Lashana Lynch.

They were probably hoping to replicate the troll storm that greeted another black trans woman, Leslie Jones, when she was cast in the 2016 SJW remake of Ghostbusters, a campaign that led to Milo Yiannopoulos being permanently banned from Twitter. This was, of course, great publicity for Ghostbusters, since it promoted black, feminist, and SJW solidarity against evil racists and anti-feminists. It wasn’t enough to prevent Ghostbusters from bombing, however.

If Eon’s publicity agents are worth their salt, they were trying to provoke the same reaction. Who knows, maybe they created the prototypes for the Ms. Bond memes. While internet racists gleefully “trigger the libs,” the “libs” have figured out how to trigger internet racists and use them to sell more of their filth. 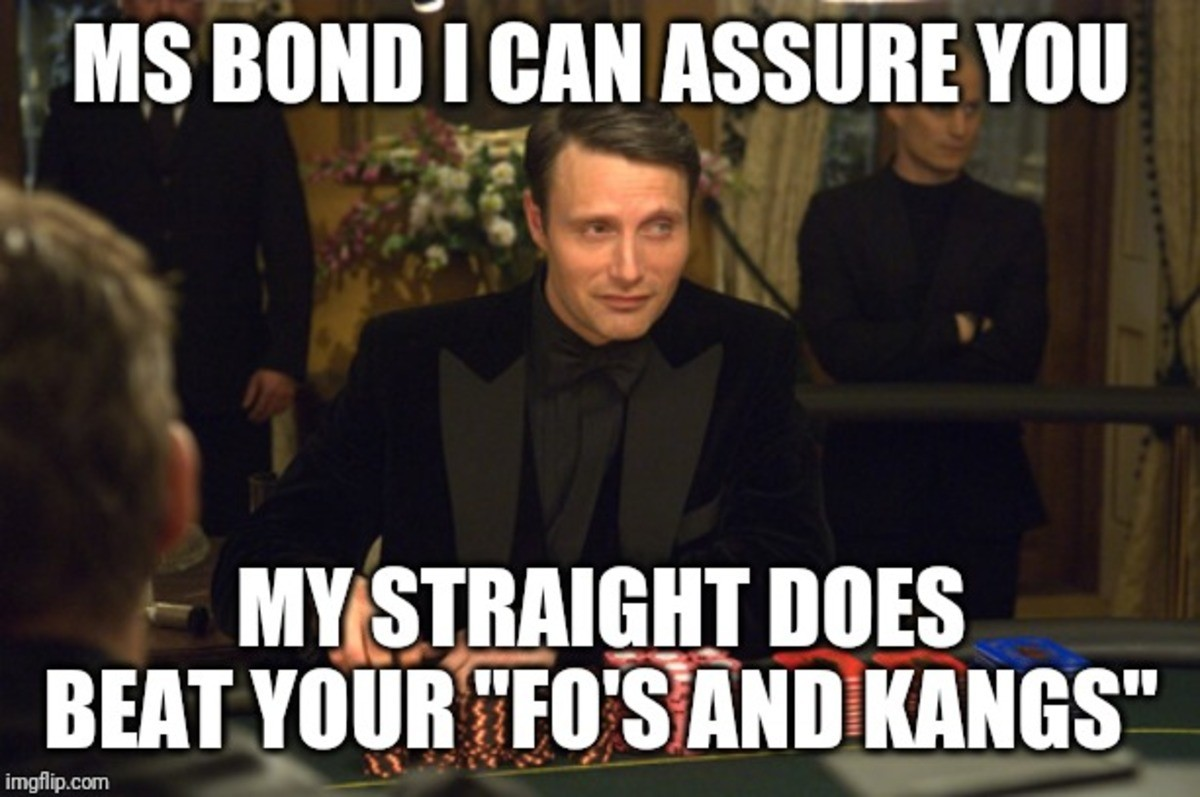 Since No Time to Die did not appear in November due to the second wave of COVID-19, Eon decided to squeeze a little more buzz out of the Lashana Lynch stunt, this time focusing on how bravely she endured the pushback from “toxic” and “racist” Bond fans who were scandalized by the idea of her having Bond’s old number. The poor dear even had to take a break from social media for a whole week.

Of course, not one in a thousand people is dumb enough to care about Bond’s number. What offended them was the tiresomeness of the Great Replacement, the fraudulence of this particular stunt, the emptiness of Ms. Lynch’s historic “achievement,” and how seriously she seemed to be taking it.

The whole thing smacks of desperation. Is this the best case they can make for this film?

Now let’s look at the trailers and see what they reveal.

The first trailer was released December 4, 2019.

Lashana Lynch is disturbingly prominent. She’s dark black, sweaty-looking, ugly, arrogant, and threatens to shoot Bond. In all fairness, though, she’s not nearly as scary-looking as Grace Jones. Then we see Bond flanked by Lynch’s 007 and Miss Moneypenny, both black. When Bond returns to MI6 headquarters, his name is not recognized by the black fellow at the desk. “The world’s moved on,” says Lynch in a voiceover, and that means the Great Replacement. It is that disgustingly blatant. And the reaction of many white normies has been visceral rejection.

Let’s hope they cut together all the anti-white bits and put them up front. But the question is: Why? Why the ritualistic humiliation and replacement of a white hero? Obviously, because the Great Denigration and Great Replacement of whites is the central ideology, the Satanic anti-religion of our time. The sad truth, though, is that the filmmakers do not do this to appease blacks but to appease other whites, especially their fellow white people who dominate the movie business.

The second trailer, released on September 3, 2020, is an enormous improvement. It dials back the wokeness to about zero. Was there some pushback?

There’s also a fan edit of the two trailers plus other bits of the film that have been released, which plausibly reconstructs the sequence of events:

Admit it, if you had only seen the second trailer and had been spared the Lashana Lynch publicity stunt, you would really want to see this movie. I am strongly prejudiced, though. Daniel Craig is my favorite Bond, and I think Casino Royale and Skyfall are two of the best Bond films of all time. If the script of No Time to Die is on a high enough level, Craig can carry the show, and no woke monkey business will be able to sink this film.

Furthermore, as a Bond fan with a long memory, I also have low expectations. Bond movies were promoting race-mixing and gender-bending back in the sixties. I am a fan in spite of all that. And even the worst woke elements of No Time to Die will probably not compare with Live and Let Die (1973) or A View to a Kill (1985), in which our hero ends up in bed with Grace Jones. 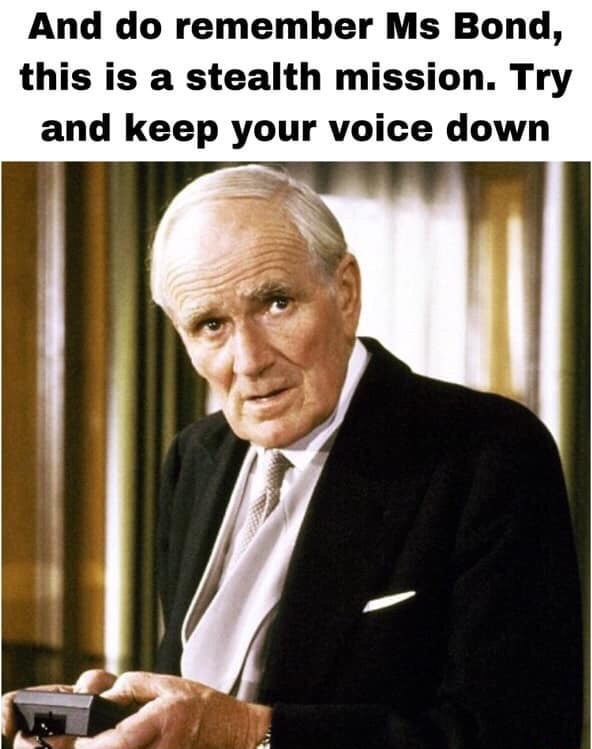 As a reviewer, I will of course make time to see No Time to Die, no matter what. But I am reasonably optimistic that I will actually like it. If it is woke garbage, I will certainly let you know.

But there’s a real question as to whether the white men who are the core of Bond’s fan base are going to see No Time to Die or stay away in droves. “Go woke, go broke” was wrecking movies long before the death of George Floyd set off months of black rioting. Now a lot of white men who might have been amused by Lashana Lynch are experiencing Negro fatigue.

Beyond that, white men are increasingly embittered. Bitterness is a wild card, because it leads to spite. A spiteful man will even harm his own interests to avenge himself. He can’t be reasoned with, predicted, or controlled. A critical mass of white men like that is going to be a problem for more than just the movie business. 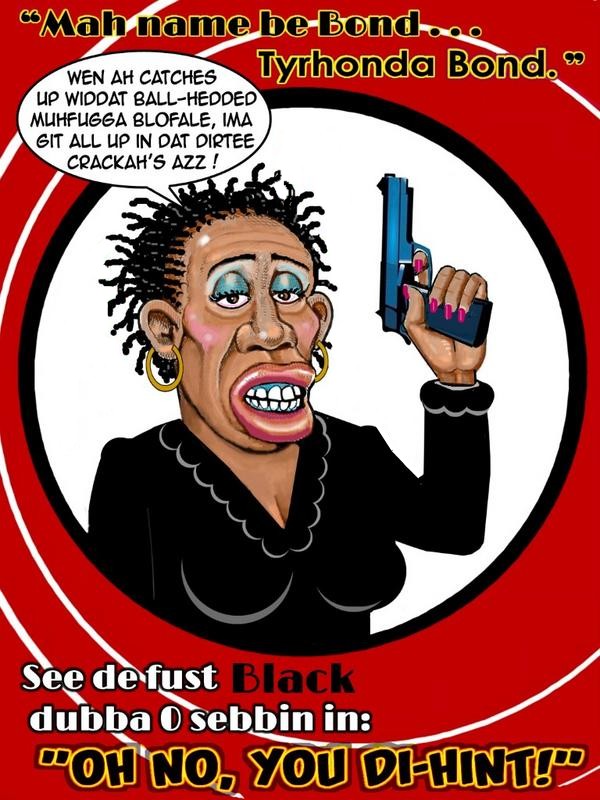