“I’ll go make you a sandwich.”
Celebrating the Trad Wife in Emmerich’s Midway 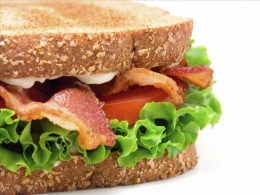 The best present I’ve given myself over this holiday season was the two hours and thirteen minutes I sat in a mostly empty theater on a rainy afternoon watching Midway (2019) the latest epic film by the great Roland Emmerich. Thanks to Robert Hampton for his insightful review which steered me to the film. There are many things to like in this nearly perfect film but I’d like to focus on a single line of dialogue.

The scene: It’s a few months after Pearl Harbor, and a harried and overworked senior intelligence officer (Patrick Wilson) has a rare night at home with his wife. The naval chess match for control of the Pacific is at full pitch. As he sits down to study his latest intel, his cute wife grabs his eyeglasses off his desk and walks away with them. “I’m kidnapping these tonight,” she says. The Intelligence Officer looks up at her and asks for just thirty minutes more to look over his papers. The wife says something like, “I’m sure the war won’t be won or lost tonight.” The Intelligence officer, in a pleasant but firm tone of voice, explains to her that men will die if he doesn’t do his work. That men have already died because he and his colleagues did not properly anticipate Pearl Harbor. In a little more dialogue, he makes her (and us) understand the finality of war, the duty of the soldier, the intense loyalty he feels to his men. The wife listens to his words, understands their seriousness, and says to him: “I’ll go make you a sandwich.”

“I’ll go make you a sandwich.”

“I’ll go make you a sandwich.”

We know by her tone that she’s really going to do it.  She’s really going to make him a sandwich.  And when she returns with that sandwich, she’s not going to contemptuously shove the plate in front of him. The bread won’t be smushed, and there will be more than a single slice of bologna. This will not be a resentment sandwich, it will be a real sandwich. Made with love. Made with intention. Because she understands her husband has to save his men. It’s probably going to be a very good sandwich. It will probably be his favorite kind of sandwich. The making of the sandwich will itself be an act of patriotism, not quite as important as breaking the code of secret Japanese communications, but in matters of life and death, there are no unimportant jobs. 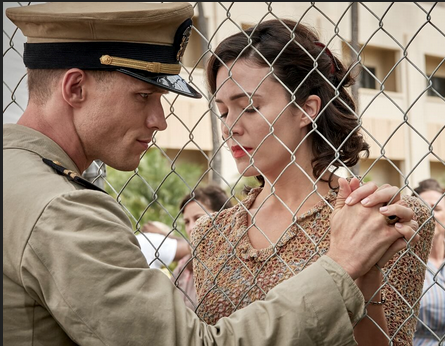 Nowadays people call their spouse or boyfriend their “partner.”  They do this to signal to others that “equality” is a primary component of their relationship. Every act of kindness is kept track of and compensated for. Every act of sexual gratification is returned in kind. Neither partner is allowed to assume authority over the other. And, naturally, everyone must make their own sandwich.

But in Emmerich’s 1942 America, “partnership” goes beyond keeping track of who did the dishes last. When aircraft carriers are involved, there’s no time to worry about the position of the toilet seat. The value of the senior intelligence officer’s time and attention is different and unequal to the desires of his wife. It doesn’t matter that she needs some cuddle-time with her husband. He needs to save the United States Navy. These two “needs” are not equal.

But miraculously—at least to those of us in the current age—the senior intelligence officer’s wife understands this discrepancy. She is a true “partner,” objectively grasping the situation, seeing what her role is within it, and adjusting herself accordingly. She maximizes her own usefulness by doing the thing she can do well, at the precise time it needs to be done. She makes him a sandwich . . . and he will win a pivotal battle of World War Two. 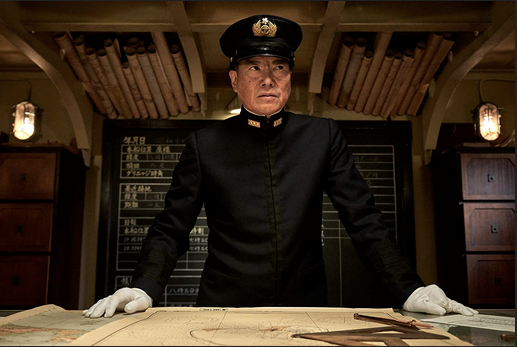 What a nearly perfect alternative world I was transported to watching this exchange. Imagine a culture, a society, where everyone is on the same team. How grounded and secure you would feel. Imagine living in a nation that wasn’t bedeviled and bifurcated by endless rancor and squabbling, where Howard Zinn wasn’t teaching envy and resentment to children, where wives weren’t instructed by the ubiquitous media to defy their husbands and their own biology in order to pursue cubicle careers and advanced degrees in Grievance Studies. Imagine a world where your wife would actually help you before you asked, where she would actually go into the kitchen, open the refrigerator, take out the various ingredients and utensils, and make you a sandwich. Imagine a world where you could then eat that sandwich, without guilt, without misgivings about your patriarchal privilege.  You could savor each bite, lick your fingers, and then get back to saving your country.

When Heartiste teaches us the primacy of truth and beauty, Midway’s sandwich scene is what he’s talking about. This one simple utterance is the very definition of reason, symmetry, proportion, and taste. “I’ll go make you a sandwich.” With these words we are given a respite from our Clown World existence: a tradwife who understands the world, understands her place in it, who knows what to do, when to do it, how to do it. This we recognize in our hearts is how things should be. This is the world we are striving for. I’ll go make you a sandwich.

Which leads to the question: is Roland Emmerich one of us? Supposedly he is Left-leaning, but he’s required to say that, to keep his job. The “I’ll go make you a sandwich” moment is given a prominent place in a movie replete with American traditionalism. But does he know the line is a popular Right-wing meme? Did he put this line into the movie specifically for us? To give us hope? To keep us fighting? It seems possible that he did. It seems likely even. It warms the heart to think so.