Did Tara Westover Really Walk Away from Her Right-Wing Roots? 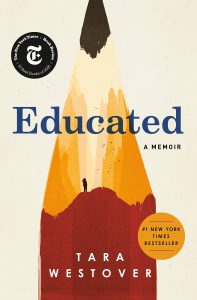 The original marketing plan for Educated: A Memoir by Tara Westover was as a “fish-out-of-water” story. In this case the fish is young Tara, the daughter of survivalist, fundamentalist Mormons who live off the grid in Idaho. Despite no schooling and the bizarre, violent behavior of her fundamentalist family, Westover manages to escape to college at Brigham Young University (BYU), where she excels. She eventually ends up at Harvard, and receives a PhD in history at Cambridge. But even as she triumphs, misfit Tara is still making amusing “backwoods” mistakes, like wearing painfully unfashionable clothes, not washing her hands after using the bathroom, and never having heard of the Holocaust. 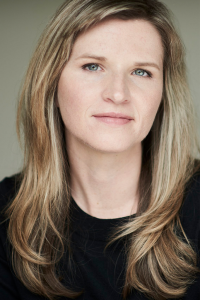 Why this book is of interest to Counter Currents readers is the fact that it might be a fake – or a partial fake – in the service of the Leftist narrative. At the very least, the memoir has been influenced in this direction. From this perspective, Tara’s survivalist family is a stand-in for the “far Right,” and Tara’s arrival at BYU is the beginning of a journey toward enlightened Leftism. This odyssey reaches its heartwarming conclusion when she finds her way to Professor Steinberg at Cambridge, a legendary professor of Jewish history. Steinberg (who no doubt recognizes the public relations possibilities of Tara’s miraculous story) pledges his support and sponsorship. Tara is set for life. She’s finally found a home. 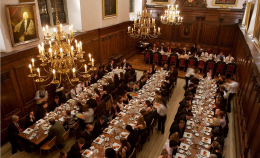 The only problem is, Tara herself does not appear to be all that sympathetic to the Left. Since the story requires it, she repeats several times how guilty she feels for not knowing about the Holocaust and the Civil Rights Movement, but these details sound forced, like something a narrative-conscious book editor might suggest. Or maybe Tara, being a shrewd young lady, and writing this book after several years in academia, put them in herself, sensing that such details would ensure her book’s success.

That’s basically what all non-Leftists have to do when they prepare a novel or memoir for a major New York publishing house. They must ask the question: How can I align my work with the Left-wing gatekeepers in a way that will have the least negative affect on what I am trying to say? If Tara Westover’s real motivation for writing this book is to come to terms with the ugly truths about her family, she might be perfectly willing to add some Leftist tropes to please her editors. But that doesn’t mean she believes them.

Westover obviously did feel a sense of relief when she got clear of her abusive family. But from the moment she arrives at college, Tara seems deeply ambivalent about this new world of materialism, worldliness, and the hypocritical liberal posturing that her ultra-conservative father has been warning her about. At BYU, Harvard, and Cambridge, Tara never really rejects her family’s lessons, nor does she embrace the “sinful” distractions to which she now has access. It seemed to me like she found this new world of vacuous college students and their random consumerism to be empty and depressing.

Still, her life in Idaho was not a great alternative. Her family was fucking nuts and Tara was in physical danger whenever she was near them. Most likely Tara’s book editors urged her to emphasize this point as much as possible. Since the Westovers are basically “far Right extremists” (if you subtract their religion), they of course have to be evil psychopaths. Much of the book is spent detailing just how evil and psychopathic they are.

The father is depicted as being so crazy that you sometimes can’t believe what you’re reading. He continuously subjects his children to extremely hazardous working conditions in his junkyard, where they are all required to work. Tara, as a pre-teen, finds herself scrambling around the mangled cars and broken machinery, where she quickly learns to avoid the flying car parts her father hurls in her direction. At one point she has to throw herself out of a loading bucket, ten feet off the ground, to avoid being dumped into a pile of jagged metal.

All the Westover kids do their time in the junkyard. An older brother nearly burns his leg off when his gas-soaked jeans catch fire and he can’t get them off because he’s used bailing twine for a belt and can’t untie it. Another brother loses a finger. Another gets his arm torn apart in a sheet metal shredding machine. The father gets a dose of his own medicine near the end of the memoir when he ignites the gas tank of a junked car he’s working on. The explosion literally melts his face off and burns the rest of him nearly to death.

Complementing her father’s recklessness is the vicious cruelty of Tara’s psychotic brother Shawn, who frequently beats, tortures, and manipulates his siblings in every imaginable way. The repetitive descriptions of the beatings and psychological abuse Shawn inflicts on Tara are the hardest parts of the book to read. These scenes sound like they’re from a horror novel or a psychological thriller, which strains the memoir’s credibility.

But again, the terror and cruelty might be purposeful. The intention here is to have the reader seething with rage at these two evil white men, both of whom – when not victimizing their family members – are espousing their hateful, sexist, reactionary views. In other words, Educated: A Memoir is effectively just one more piece of propaganda from the Left-wing American entertainment industry

Some examples of these hateful views: Tara’s father believes that his obedient wife belongs in the kitchen and his obedient children in his junkyard. He believes Satan rules over contemporary society, that modern women are whores, and that Western medicine is a sham and a con. His kids don’t even legally exist, as they don’t have birth certificates and don’t attend public school, lest they be brainwashed with lies and propaganda. He believes the federal government is ruled by the Illuminati, that the FBI are hired killers, and late in the memoir, it is said that he believes that the Second World War was planned and initiated by Jewish financiers.

When Tara initially sneaks off to BYU, she takes a psychology course and decides her father is probably bipolar, or possibly schizophrenic. Her mother, who appears to possess some intelligence, doesn’t have this excuse for her own complicity in her father’s fundamentalism. Though she occasionally asserts herself (she becomes a faith healer and starts a successful business selling herbal remedies), she never quite breaks the manipulative hold her husband has over her. In the end, she remains the victimized wife; another woman of talent destroyed by the merciless patriarchy.

Tara is rescued from the toxic white males of her family by the kind, generous instructors she encounters at the universities, especially Professor Steinberg, who seems to understand that Tara’s story will inevitably find its way into the larger world, confirming for everyone that academia lifts up the poor and marginalized and helps them reach their full potential. (Thanks to this book, that’s exactly what happened.)

While reading, I could never stop wondering how much Westover’s editors influenced its content. Did they tell her to emphasize the “abuse” parts? Did they encourage her to show her monstrous father and brother in the worst possible terms? Or did they leave Westover to sort out the difficult father/daughter conflict on her own? I can’t believe they would allow the latter, because Westover might have mistakenly shown love or sympathy. You don’t sell books by apologizing for abusive fathers. Better to be overtly biased than show any nuance when it comes to evil.

That said, I wonder if the real Tara would be capable of dismissing her father entirely, and if she’s really the model progressive she is now assumed to be. Personally, I don’t think so. I say this because not one moment in Tara’s academic experience as described in the book suggests she had genuinely turned her back on her father’s basic worldview. Our culture is controlled by Satan, modern women are whores, and Jewish financiers did contribute to the Second World War. I think it’s possible that Tara still sees that there might be some truth – if only metaphorically – in these ideas.

But the book asserts otherwise, suggesting that Tara has seen the light. She’s been rescued. She’s one of the good guys now. Following the book’s success, Tara Westover has sat down with Oprah and Bill Gates, and she’s been on PBS NewsHour and CNN. So maybe it’s true. Maybe she is a pure blood Leftist now. But in my humble opinion, when I look in her eyes I don’t see liberal progressivism. I see something more complicated. And more interesting. 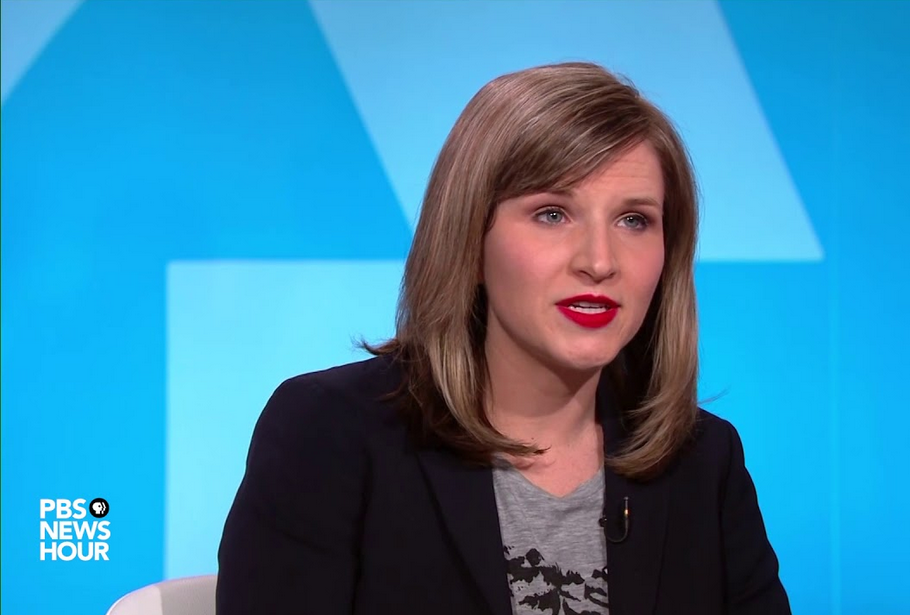 « The Dark Crystal: Age of Resistance