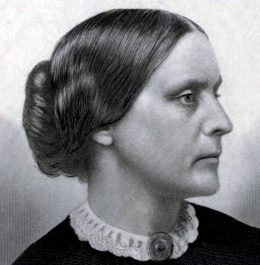 So I’m sitting in my local suburban library doing my writing thing and at a table across the room some old ladies have gathered for “Senior Crafts Hour”. One of the younger librarians appears with a box of paper and glue and scissors. They are going to do collage, or maybe they’re just going to cut things out and glue them to other things. It’s a bit depressing, to be honest, to see these women, in the last decades of their lives, ending up at a table in the back of the public library with safety scissors. But who am I to talk, I’m sitting here watching them.

When she turns sideways, I see that the young Librarian is very pregnant. She’s still here though, on the job. She’s handing out the art supplies when one of the senior women says to her, “Oh! Look at you! What’s your due date?” The Librarian, who looks about thirty, says, “I have a couple more weeks to go.” The old woman smiles and the other ladies continue chattering. They get all the art supplies distributed. The librarian sits down at the table with them to get everyone started on today’s project. When the conversation returns to the librarian’s extreme pregnancy, the same woman asks again: “So what’s your due date?”

The librarian woman answers: “I don’t like to discuss my pregnancy at work. I consider it personal and I like to keep it separate. It’s a decision that I’ve made. I would ask you to respect that.” The woman who asked doesn’t know how to respond to this unexpected rebuke. With great embarrassment she averts her eyes and then looks at the other senior ladies who, being old and wise, change the subject and expertly gloss over the awkwardness. Within seconds everyone is smiling politely again. Except me. I’m sitting there thinking, “Jesus, Librarian Lady, just tell the woman your due date! 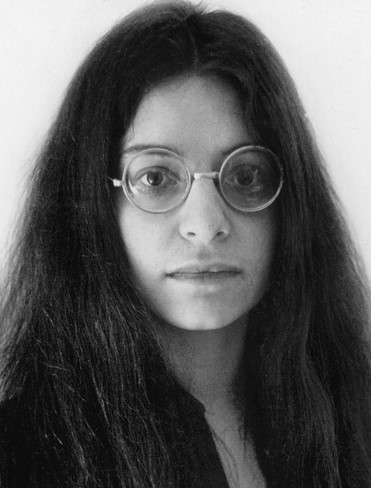 Feminists often have an alien quality

The librarian’s rejection of normal social behavior is typical of the disaster caused by empowering women in a dozen contradictory ways. They not only reject normal gender roles, but they also push away the “generational assumptions” that go along with them. In other words don’t just be a bitch to men, be a bitch to everybody. Do your part to make America miserable.

And this poor old woman, the one whose question got batted back in her face, imagine how she feels! She’s just an ordinary suburban lady—in her late sixties, it appeared—all she wants is to share in this fundamental human event. Probably her first pregnancy was the highlight of her life. She probably remembers every detail. For those miraculous nine-months she was the center of attention, everything was focused on her. No time in her life felt so profound. And as she approached that fateful day, what did every person she met say to her? “What’s your due date?” She probably has a deep sentimental attachment to that innocuous question. And now that she’s the one asking it, it must feel bittersweet but also an affirmation of her own life experience.

But here she is, being put in her place by a millennial feminist, another “empowered” female who not only refuses to have a husband like the women of past generations, she refuses to have babies like past generations as well. She will do it her own way, with her characteristic defiance. She will exclude her elders, sow dissent, and humiliate other women for wanting to participate. 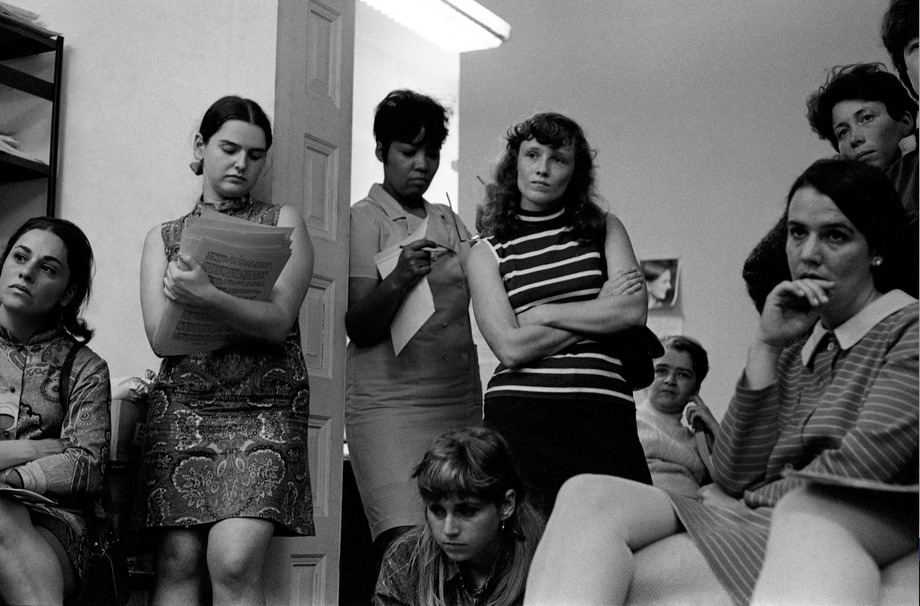 Feminists come in many shapes and sizes, but their facial expression remains the same.

Later I tried to think of what would be equivalent for a male. The best thing I came up with was the following: You’re twenty years old. You’re in the military. You’re sitting in an airport or a bus station in uniform (or with a telltale haircut or jacket). Some creaky old guy comes up to you and asks, “What division are you in?” And let’s say you’re tired and you’ve been up all night and you don’t feel like having a conversation with some old guy, which will probably be boring small talk or worse, he’ll launch into some endless story you don’t want to listen to. What do you do? Do you blow him off? Or do you tell him what division you’re in?

You tell him. That’s how healthy societies work. You share. You pass on knowledge, you include each other, you keep inter-generational channels open. You tell the old guy what it’s like to be in the army/navy/marines nowadays, and he tells you what it was like in his day. You get a bit of perspective and perhaps a break from thinking about your own momentary bullshit. He gets a glimpse into the future and a moment to reconnect to an experience that (like pregnancy) probably defined the rest of his life.

I can’t say I have always been generous with old people. I went through my punk phase. The difference was, when I was rude or obnoxious, I felt bad afterward. I knew it was wrong. The pregnant librarian is excluding this woman from her experience because she thinks it’s right. In her case her my-needs-first, feminist brainwashing has overrun her moral instincts, and her natural sense of community.

Side note: When I first got red-pilled, I got involved in the Republican party in my hometown. I ended up walking in a Fourth of July parade with some younger volunteers. I was new to mainstream politics. I didn’t really know how it worked. As we walked the route, one of the volunteers saw an old guy in the crowd with a cap bearing the name of a navy battleship. He hurried over to him, shook his hand and said: “Thank you for your service sir.” The old guy lit up. I watched this and thought: “I gotta try that.” And so I started doing it too. And not just at parades, I did it anywhere it was appropriate. “Thank you for your service.” At first it felt cheesy and fake, but I saw how happy it made the old guys. It does something to you too. It connects you. It makes you part of the whole. It helps create that whole. Which is something we need right now.